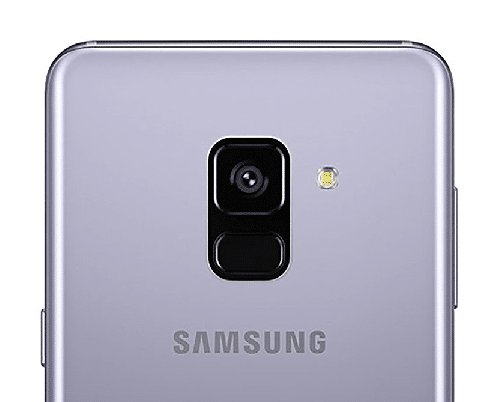 The South Korean Giant, Samsung Mobile, has launched the Galaxy A8 and A8 plus (2018). The two Smartphones arrives with quite amazing specifications and features and they are all mid-rangers.

The Galaxy A8 (2018) is a premium Android mobile phone with stylish design and the fingerprint sensor scanner is basically placed on the same side (under the camera pixels) like the Galaxy S9. See Galaxy A8 and Think of Galaxy S8!

The Samsung Galaxy A8 (2018) was announced in UAE in mid January and went on sale immediately after that. Also features the IP68 rated that ensuring you waterproof, dustproof certification. Lets take a look at the key specs; 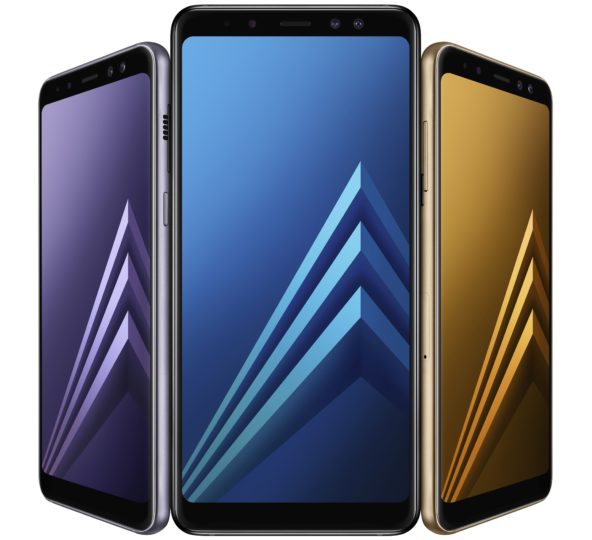 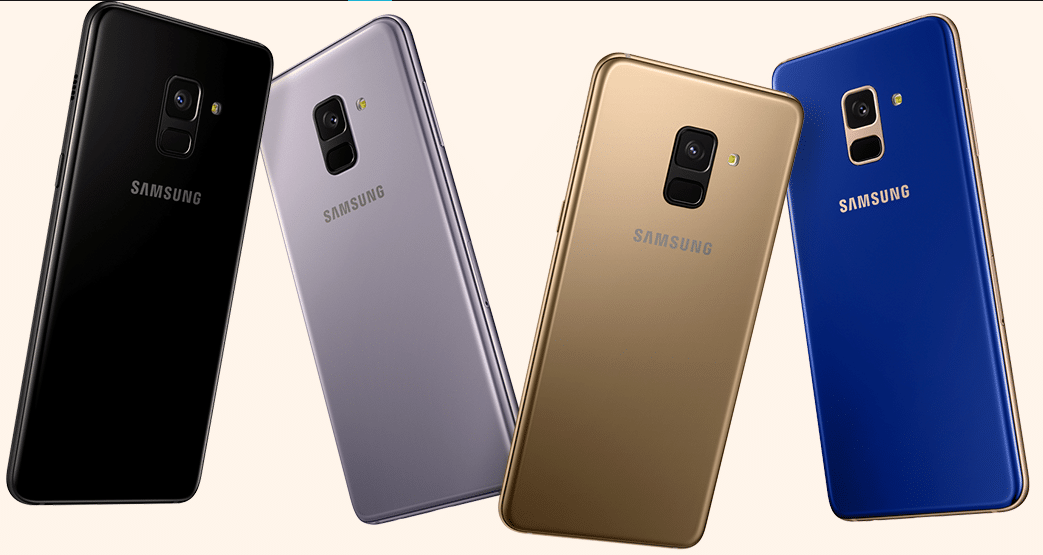 We are looking at a mid-ranger with an appealing specs and features. Samsung dedicated its time to the creation of a premium Smartphone featuring a slim bezels, Infinity Display. And this is first time, we are seeing the Infinity display screen design on a Galaxy A family.

The Galaxy A8 sports a metal and glass build design, which of course, is on both side, delicate and so feels so light on the hand, when containing it. And it is light too, as it weighs 172g. On the screen size, you have a huge 5.6″ inches FHD+ Super AMOLED display with 18.5:9 aspect ratio (440 ppi) with high 1080×2220 pixel resolution.

The handset supports IP68 dust and water resistant. There is no fingerprint sensor on the front physical button as often, but the company has shifted it to the back (rear) under the camera pixels.

From all features, it looks like Samsung focused on the camera aspect on the new Galaxy A8. Teaser, you have one camera at the back with dual front facing camera (first of its kind) Making it one of the best Selfie Android Smartphone.

The front-facing camera on the handset comes with 16-megapixel primary front camera with f/1.9 aperture coupled with a secondary 8-megapixel f/1.9 camera with support for bokeh / Live Focus. With this, users can easily switch between taking regular photos or close-ups with background blur.

Galaxy A8 (2018) lets you switch between regular and slightly wide-angle selfies. The 16 MP pictures are brighter but they slightly blur the background even when you’re not using the Live Focus feature meanwhile with the help of built-in 8MP option to switch, in order to keep both the people in the frame and the background in focus, in addition to capturing more of the scene.

While on the back (rear), you have a 16-megapixel f/1.7 camera on the back with video digital image stabilization and a Hyperlapse mode. So, with this camera pixels, you can take exclusive and mind-blowing photos and image.

Samsung now has an alternative to the power button shortcut for Indian users in Always On Display (AOD). The AOD is set to display the home button, one can double tap the home button to launch the camera app, just like they would if the device had a physical home key.

How to enable it; Goto your settings >> Lock screen and security >> Always On Display >> now here (you decided what you want to see on the screen when AOD is enabled) there is Content to show, Home button and clock or information or Home button >> Now double tap Home button and select the Quick launch camera option.

The performance on the Galaxy A8 looks wonderful but it is in-comparable to other high-end smartphone. It packs the company’s Exynos 7785 coupled with a Octa-Core Processor (2.2GHz Dual + 1.6GHz Hexa), which is the new innovation and runs on Android 7.1.1 Nougat, not encouraging, when we have the latest Android Oreo.

The phone sports a 4GB RAM and it is available in two variants, where you have the Galaxy A8 32GB and Galaxy A8 64GB but both are expandable up to 256GB via Micro SD card slot. This helps you to do a lot of things!

With the help of the powerful processor, big RAM and high memory storage, you will able to store wide range of apps, games, musics, videos and run different apps at a time; faster and smoother.

The handset features a non-removable 3,000mAh battery with a fast charging technology. The Samsung’s UI layer is also available. Bixby is there for you including Samsung PAY. The phone sports the traditional securities; Pin, Passwords, Pattern and others;

Fingerprint sensor nicely placed at the back under the camera pixels while there is also Facial recognition that allows you to use your face to unlock your phone with the selfie camera.

The phone is now available in South Korea and Netherlands. And it has already been rolled out in other markets. It costs €499 in the Netherlands. The Galaxy A8 (2018) is priced at $444.50 and can be purchase from Amazon, Gearbest.

The Samsung Galaxy A8 Android Smartphone is one of the best selfie mid-range Smartphone. Samsung slowly revolutionized the camera mode on the Galaxy A8!