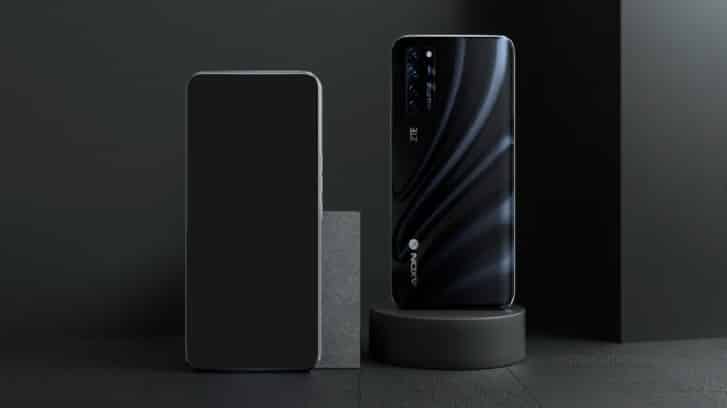 For the very first time, the Chinese technology company, ZTE will be announcing a smartphone with an under-display camera in China next month. It is also the company’s first mass-produced 5G-enabled Smartphone.

The company made it clear that the upcoming Smartphone will not be called ZTE A20 5G, but instead, it is to be called Axon 20 5G, and will definitely arrive on the 1st of September.

It is surprisingly a good year, we’ve got an upcoming ZTE Axon 20 5G with an under-display camera, and two years ago, we are seriously talking about the under-display fingerprint sensor scanner.

According to the render shared by ZTE’s president of mobile devices Ni Fei on Chinese social media network Weibo, shows that the ZTE Axon 20 5G comes with no visible camera up top, which means, no hole punch, and no notch.

For the TENAA listing specifications and features, the phone is rumored to arrive with a clean 6.92” Full HD+ OLED, Snapdragon 765G chipset, up to 12GB RAM and 256GB storage, and fueled by a 4120mAh battery capacity.

With the rendered image, you can take a look at a phone with no front-facing camera notch or whatsoever. Although, the bottom bezels still show that you are holding a Smartphone.

The front display is the only mystery here, and with the rendered image, we take it that the center smiling emoji is the phone. While others are the generations of camera we’ve seen before now.

Around the back panel, we are hoping for protective glass and slightly curved edges. Then there are four vertical cameras with the main one being 64-megapixels.

The phone has a practically non-existent bezel on top. However, ZTE isn’t the first to talk about an under-display camera. We’ve had other Chinese Smartphone makers such as OPPO and Xiaomi talk about the technology.