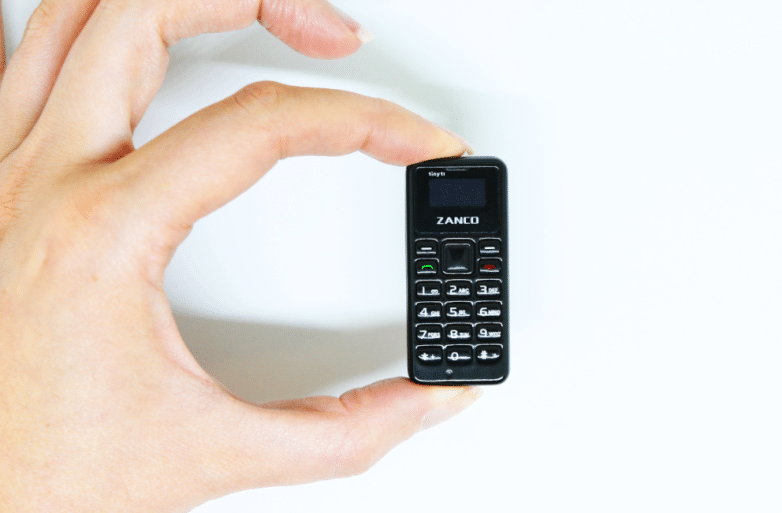 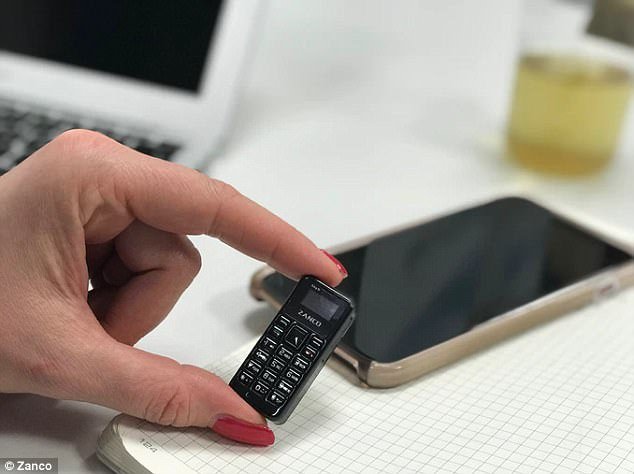 Say hello to the World Smallest Phone! This is coming quite a bit late but to add to your surprises this season, let me introduce the Zanco Tiny T1 popularly known as the smallest phone ever!

The phone is so tiny that you can mistakenly take it for something else, flush it down the toilet or even swallow it! However, it is no longer rumor that all Smartphones brands are trying to bring in devices in the smallest possible ways.

A lot of people are so obsessed with the bigger screen while others are with tiny phones and vice versa with bigger screen phones. You won’t find the flagship designs, features here on the smallest phone but nevertheless, the Zanco Tiny T1 is making waves!

‘We’re proud to introduce the world’s smallest mobile phone,’ the firm says on a Kickstarter raising money for the handset.

The firm says the phone is the perfect ‘backup phone’

‘It’s great as a backup on a night out and any occasion where you don’t want to carry a bulky phone but still want the reassurance of staying connected.’

The first feature, you should notice about the phone on first sight is that it looks like a toy. It makes voice calls as well as texts. It boasts a full numerical keyboard and an impossibly tiny OLED display 1.9 x 0.8 x 0.5 inches with a resolution of just 64 by 32.

Comes with a mini keypad and it operate only on 2G networks, accepts nano sim cards, charges via microUSB, and has a 300-contact phonebook. It stores the 50 most recent calls as well as 50 of your most recent SMS messages. 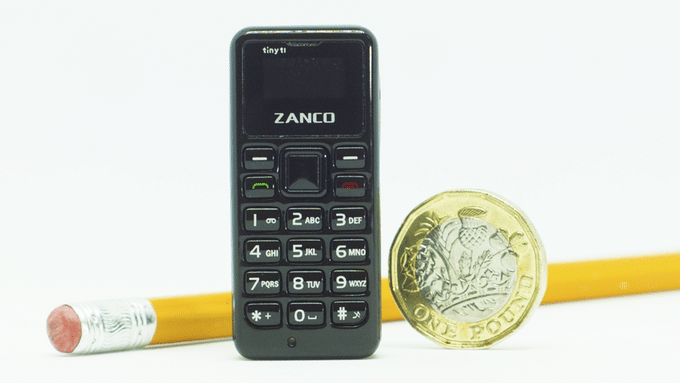 In conclusion, it has three days of standby time when powered up, and can tackle 180 minutes of talk time before needing a recharge. Zanco’s Kickstarter will let you pick up one of the pint-sized phones for less than $50.

But along the way, the phone has come under fire from UK lawmakers who say the mini phones are being smuggled into prisons – as they are small enough to be carried through scanner internally.