Youtube is at it again. They have successfully introduce Livestreaming Features to its mobile apps so content creators can broadcast video straight from their phones. Although, it is kind of surprising that one of the biggest Video Platform took along time to update their website.

Do you know that Youtube has also enabled 360-degress camera features but it only works when your are using the 360-Degree camera. If you are in Nigeria, you can get the 360-degree Camera on Konga, Jumia and others. Meanwhile, you can also get the camera’s from outside on Amazon, Ebay and others.

And another bigger Social Platform that has introduce the 360-degree camera is Facebook while Twitter introduced their Periscope feature. Although, Facebook will soon allow livestreaming from MSQRD and this feature will pull viewers into your broadcast. 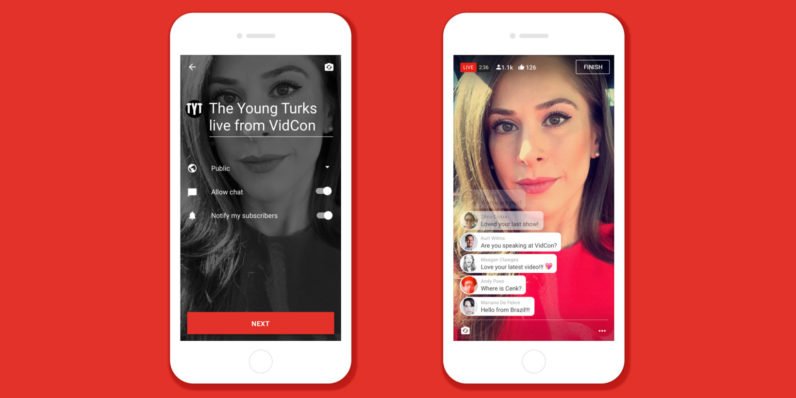 With incoming chat messages from viewers and the ability to limit viewing to a private group if necessary, the new update from Youtube looks more like the Twitter Periscope. YouTube notes that as with other video content on its platform, you’ll be able to search for livestreams, find them through recommendations and playlists and protect them from unauthorized uses.

Be very much aware that the update is not yet available for all Youtube user but it is currently available for only the Youtube Creators. Stay Updated, as we share you both creative and latest News from Youtube.