It is now official, the popular Yahoo Messenger has been announced by the Yahoo team that on the 5th of August, they will officially say goodbye to their longtime 18years Yahoo Messenger on Desktop.

The Yahoo Messenger allows you to instant message with anyone on the Yahoo server. Tells you when you get mail, and gives stock quotes. Features of Yahoo Messenger include PC-to-Phone calling, PC-to-PC calling, plug-ins, voicemail, file sharing, webcams, and chat rooms, client customization, and avatars. It recently incorporated Yahoo Mail into its IM service.

Everything is changing as the day goes by, so Yahoo Messenger, doesn’t want to be left behind. Back then, Yahoo messenger is the best place where you can connect with friends or strangers. Long gone are the days when people used to exchange ASL (Age, Sex, Location) or create those cool avatars, but then Facebook and Twitter took over.

The legacy Yahoo Messenger is counting its final days as the web search platform logs out of it permanently on Aug. 5, 2016. In Yahoo’s words, the death of the legacy Messenger is merely a transition to its new Messenger, which was launched across all platforms and Mail in December 2015.

In an official blog post, below are they statement:-

“While today we provide basic interoperation between the legacy product and the new Messenger, we encourage all of our users to complete their transition to the new Yahoo Messenger as we will no longer support the legacy platform as of August 5, 2016,” Yahoo chief architect Amotz Maimon wrote in an official blog post last week. “We intend to continue our focused efforts on the new Messenger, with a goal of delivering the best experience to our users.” 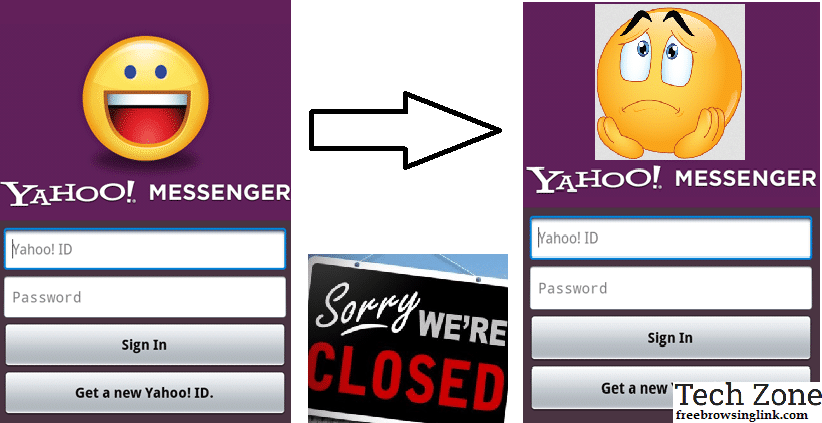 Meanwhile, Yahoo did not reluctantly stop the Yahoo messenger like that, but the new Yahoo Messenger is now available on Google Playstore, iTunes and many other downloading website. Go there now and get it done.

But those who once used the Yahoo Messenger in the good old days are gloomy over Yahoo’s decision. People are expressing their grief on Twitter. What is your thought on the new development? Do you love it or do you hate it? Use the below comment box to show your expression.