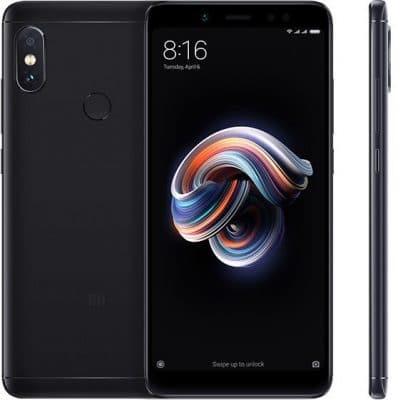 Say hello to Xiaomi Redmi Note 5 Pro Android Smartphone with surpassing specs, Xiaomi dedicated its time to providing the best device and camera phone for the India market and it is kind of interesting to find out the intriguing features.

The company introduced new advanced specs but also in opposite, the phone packs other similar old features too, especially, in the design aspect. Redmi Note 5 and Note 5 Pro has a striking resemblance on the outer surface with few other specs. The phone comes in two variants, 4GB RAM and 6GB RAM and they are priced differently.

The company made the ‘elusive’ design more easy and flexible with incomparable success, of course, these are design which other smartphones markers fails at its very function. Lets see what the Redmi Note 5 Pro throws at us; 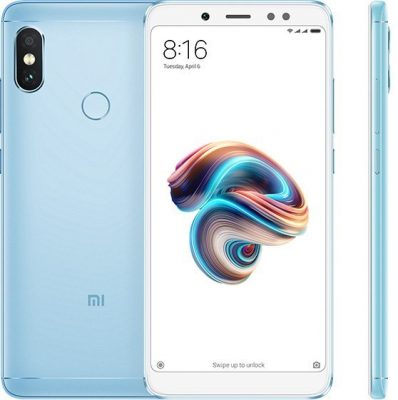 The Xiaomi Redmi Note 5 Pro is among the top best Android Smartphones right now, that is capable to compete with other high-end premium devices out there on the market, with its sophisticated design and display, it gives you enough value for your money, although, the company has just increased the price of the phone but no matter what, it is still a budgeted Android Smartphone.

On the official website, it is tagged ‘India’s camera beast’ The Note 5 pro arrives with a clean and fresh plastic meets metal design. The top and bottom of the device is completed with plastic with a metal finishing at the back. The front display is amusing and compelling. Its rounded corners are something, you really need to see in the Pro version and this makes it feel good while holding it.

Packs an almost bezel-less design with 5.99-inches LCD diagonal Full Screen display, it yields a profitable high 2160 x 1080 screen resolution that allows you to indulge and at the same time, displaying its aesthetic design beauty. Comes with selfie camera that uses artificial intelligence with dual camera set-up on the back.

Of course, it packs some similar specs and feature with the Note 5 but when it comes to choosing the Note 5 Pro, there is NO sort of dilemma. Arrives with 2.5D curved corning gorilla glass display, like few other budgeted phones, the handset features blue light filter, this automatically kick in from sunset to sunrise, also at night, it is advisable to reduce the feature.

Just like iPhone X, the camera lens on the Redmi Note 5 Pro looks absolutely identical. Well, you really don’t have to expect similar stuffs, you see on other high-end phone but the ingredient on this phone is capable of providing the best camera shots for you.

On the front selfie shooter, you have a single 20-mega-pixels sensor with f/2.2 aperture at 1.0μm, that is a good difference from others with artificial intelligence that automatically tweak settings based on your environment. Also packs a Beautify 4.0, selfie-light, selfie timer and thankfully, it records video at 1080p with 30 fps. The front camera is equipped with Face recognition, you can softly and silently unlock your phone really fast.

The back camera comes with dual camera setup, there is a 12-megapixels primary sensor with 1.25μm, f/2.2 aperture and a 5-megapixels secondary lens with 1.12μm, f/2.0 aperture. With the combination of the dual camera, the device is able to differentiate between background and subject, the large aperture is able to take static photos. Others includes; single tone flash, PDAF, enhanced low-light photography, HDR adjustments, Panorama and Burst mode.

The Redmi Note 5 pro take good-looking pictures that makes us smile at simple beautiful things. Indeed, the pretty things in life captured by photos, words that we should live by and also drawings and creativity that brightens up any dark clouds.

The handset comes with 4G, 3G, 2G, GSM, WCDMA, Bluetooth v5.0, Wi-Fi, GPS, USB 2.0, with each, you can browse the internet at a faster rate, connect with friends, transfer files, pictures, document and many more.

The phone is powered by Snapdragon 636 chipset, octa-core processor, which is slightly more higher than the Snapdragon 630 on the Note 5. Its worth noting that the processor allows mid-range phone to be more flexible even when the heaviest task is being thrown at it with the Qualcomm’s custom Kryo.

The company confidently stated that ‘the Snapdragon 636 outperforms it’s predecessor by up to 40%’ The phone manage to come in two different variants, 4GB RAM and 6GB RAM, giving you a smooth and seamless performance and each comes with 64GB of internal storage and it is expandable up to 128GB via Micro SD card slot.

Redmi Note 5 Pro manages to hit a score of 113,000 on AnTuTu benchmark, something worth a while. The phone is fueled by a 4000mAh battery capacity and charges at the rate of 5V/2A with a Micro-USB charging port. So, don’t expect fast charging technology. You have IR blaster at the top and a 3.5mm jack.

The company says, it definitely feature system-level MIUI optimizations that offers up to 19 days of standby time, 14 hours of video playback, or 8.5 hours of gaming.

The phone comes with Face Unlock which is the facial recognition that allows you to unlock your Smartphone under 0.2seconds. By just keeping your face at the right place, facing the selfie camera, it automatically recognize your face and unlock your phone.

The phone also comes with fingerprint sensor scanner that is mounted on the traditional rear (back) place. Combined with the face unlock feature, your phone is perfectly secured.

How Much is the Xiaomi Redmi Note 5 Pro (Price)

There are different factors that might affect the price of Android Smartphone, which includes;

The Xiaomi Redmi Note 5 Pro is one of the best Smartphones to be categorized under the 100k price. Meanwhile, you can also get it at the best price at Gearbest!