Alongside with the Redmi 6, the Chinese company also unveiled the Redmi 6A Smartphone that is powered by Android. And it has a striking resemblance to the Redmi 6 device.

The Xiaomi Redmi 6A arrives virtually with almost everything that is featured on the Redmi 6 but the one effective and noticeable difference is the absence of fingerprint sensor, dual camera on the back of Redmi 6A. 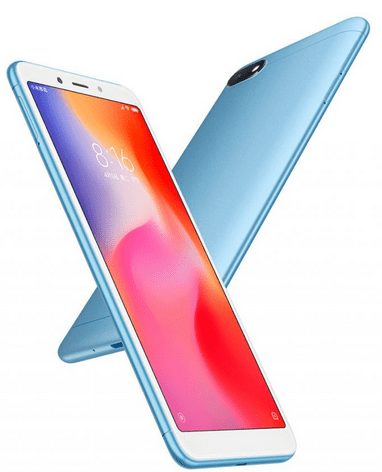 The Redmi 6 comes in two variants, the 3GB version and 4GB version while the Redmi 6A comes just in one version, 2GB with 16GB of internal storage but it can also be expandable via Micro SD card.

And there is a slight difference in the processor but the Redmi 6A can still deliver almost the same seamless performance. It features a 13-megapixels back camera and 5-megapixels front selfie snapper, 4G LTE, WiFi.

The Redmi 6A doesn’t also comes with Face ID Unlock features, as well as the fingerprint sensor. That means, you are left with the traditional security features. And it is priced a slightly below the Redmi 6A.