A budgeted smartphone that breaks Walnut?

Xiaomi announces the Redmi 6 in China and the phone packs some impressive specs and features but unfortunately, the phone looks more of low-end than mid-range.

Although, it features a dual camera setup on the back, Face ID unlock, a huge screen display and a fingerprint sensor at the back, the phone bezels is much more bigger than expected.

Anyways, the Xiaomi Redmi 6 is an affordable Android smartphone that packs a 5.45-inch IPS LCD display. And guess what? the phone is known to break some Walnut! I bet your phone can’t do that! Here is a short video from Xiaomi’s president Lin Bin! 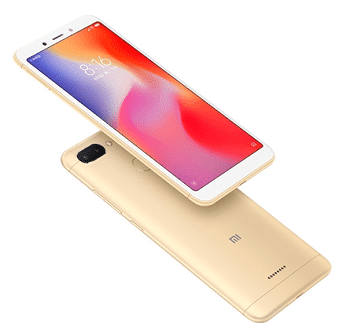 As already mentioned above, the phone arrives with a tall 5.45-inch IPS LCD display at a 720 x 1440 pixels, and it boasts of 80.7% screen-to-body ratio. Everything is covered in an aluminum alloy overall unibody design, hence, providing a shiny and classic look.

The 18:9 (2.1) aspect ratio provides an almost bezel-less design on the Redmi 6 Smartphone, and it weighs 146g and it is currently available in Grey, Blue, Gold and Rose Gold colors.

The phone comes with a dual camera setup on the back. The bezels on the phone is a little bigger, but that is compromised to keep the device in its affordable level.

The handset sports a rear-mounted camera lens, which consists of 12-megapixels 1.25 μm + 5-megapixels 1.12 μm while both camera features f/2.2 aperture. Thankfully, the both cameras are AI powered, the 5MP lens is meant to take AI portrait shots.

While on the front, the phone features a 5-megapixels front-facing selfie snapper, for taking impressive AI portrait shots, and it is also enhanced with Face ID technology also. This allows you to use your face as your password. They both record videos of 1080p@30fps.

The device is powered by a MediaTek Helio P22 12nm processor coupled with a 2.0GHz octa-core and it runs on Android 8.1 (Oreo) with MIUI 9 on top, upgraded able to MIUI 10. It also comes with PowerVR GE8320 graphics processor.

The Redmi 6 is available in two different models, there is the 3GB + 32GB and 4GB+64GB storage but any of the above storage can be expandable via Micro SD card slot. It is fueled by a 3000mAh battery capacity. It is a non-removable Li-Po battery.

How much is Xiaomi Redmi 6?

The Xiaomi Redmi 6 arrives in two variants as mentioned above and the prices are way different from each others. The 3GB + 32GB model costs within the range of N40k – N50K while the 4GB + 64GB version is priced at N55k – N60k.

Anyways, be very much away that the phone is yet to be released to the public but the company promises before the end of June!