Alongside its latest Smartphones, Xiaomi also introduces Mi TV LUX OLED Transparent Edition with a 55-inch 4K 120Hz screen, and the company promises a transparent view, more like looking through a window into another world.

With the Xiaomi’s new $7,000 transparent OLED TV, the company says it is a turning moment for the TV industry. It is quite unarguably that Xiaomi put all of its courage into its circular base instead of behind the display.

In order to make the OLED a transparent TV, Xiaomi utilized transparent OLED technology (TOLED), which makes the images look like they’re floating.

Well, TOLED screens use transparent components all the way through the stack that makes up the screen, and with no need for backlighting, which is unlikely for other OLED screens that use a reflective cathode layer, which stops you from seeing through it. 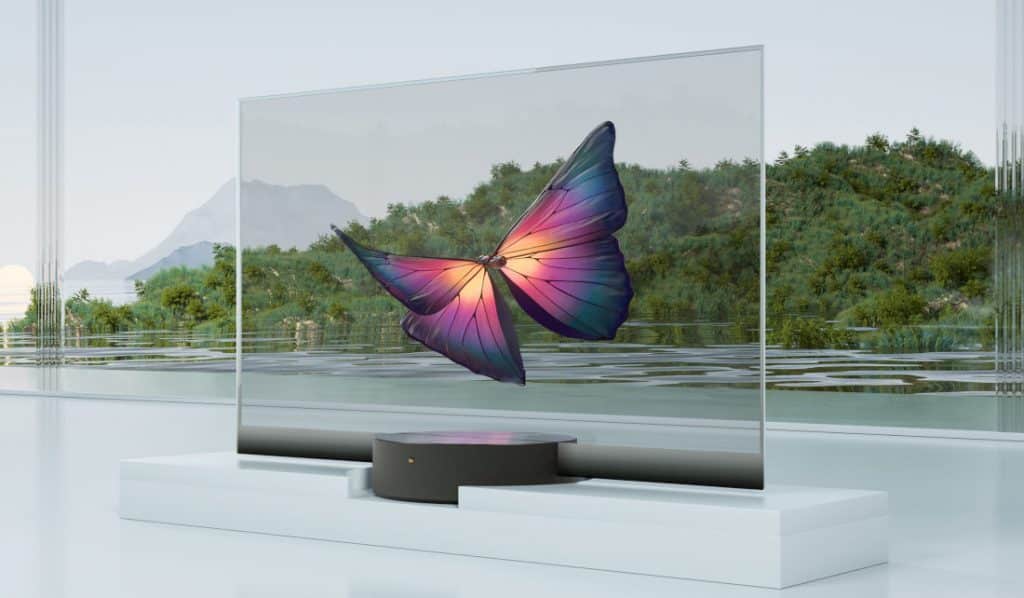 However, it comes with support for Dolby Atmos, and AI Master for Audio that intelligently detects the type of content playing and chooses a fitting audio mode such as movies, music, newsfeed, sports, and more.

Of course, when the TV is switched off, you will get a better view of the transparent craftsmanship here, Xiaomi says “it looks like a mere glass display”

It is thick at a 5.7mm ultra-thin body, which carries around the base stand that is covered with a millimeter-grade finish for better immersive viewing experience and it fits into any surroundings.

Xiaomi Mi TV LUX OLED Transparent Edition comes with AI Master Smart Engine, and inside is the MediaTek 9650 custom-made TV chip, with over 20 optimization algorithms and dedicated optimization for 5 major use scenarios. 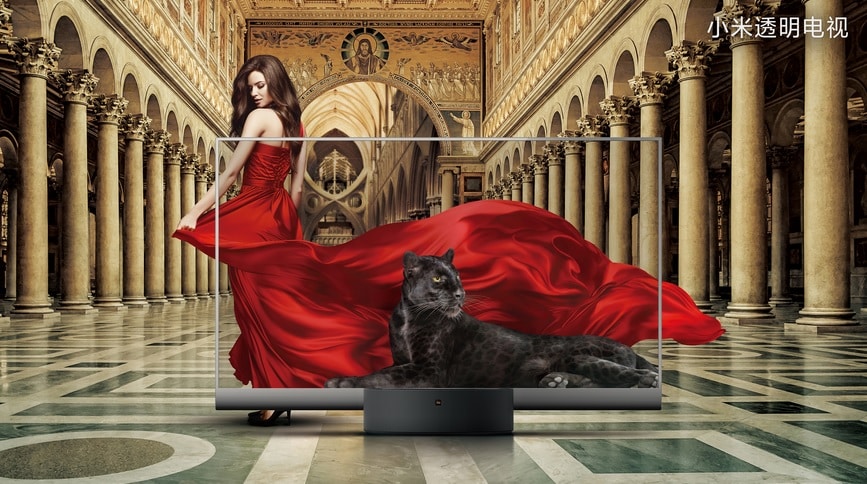 It runs on custom-made MIUI for TV, which designed the Home Page, Settings, and My App specifically to provide a better demonstration of the visual features and strength of the transparent screen.

Unfortunately, the Xiaomi’s latest transparent TV will only be released in China for 49999 yuan ($7196), and it will be available to order on August 16th. The first sale will begin by 10:00 am on the same date in China.