Xiaomi Mi Pad 4 Plus has been announced by the Chinese Giant. And also, the Mi Pad 4 Plus is the bigger variants to the Mid Pad 4. But the differences are only limited to the biometric sensor, bigger screen display, massive battery capacity etc.

And it is available in two awesome colors, Black and Gold colour variants. Meanwhile, the internal storage are different also, there is the 64GB and 128GB but with the same 4GB RAM. And also, the weight on the Xiaomi Mi Pad 4 Plus is much more than first Xiaomi Mi Pad 4. 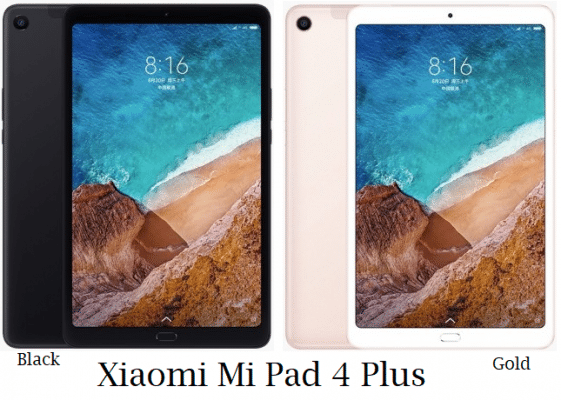 One of the major differences between both tablet, is the screen size display. The Xiaomi Mi Pad 4 Plus comes with 10.1-inches display while the Mi Pad 4 comes with 8-inches but there is the same 16:9 aspect ratio, and rounded corners also.

And another is the front facing fingerprint sensor, which is embedded on the physical home button. Anyways, the bezels on the top and bottom of the pad is likely huge and larger, which is more less than what Apple might integrate in their next iPad lineups.

At first, the Mi Pad 4 skips any additional advance form of security, but the Xiaomi Mi Pad 4 Plus features both Fingerprint sensor and selfie camera, which acts as Face ID Unlock also. Furthermore, to support the powerhouse, the Pad comes with a massive 8620mAh battery capacity.

Being a Mi Pad, the camera on the Xiaomi Mi Pad 4 Plus is impeccable. The front selfie snapper is enhanced with AI capabilities, so that means, the Pad will be able to take clear photos, identify object and add beautification to the images. 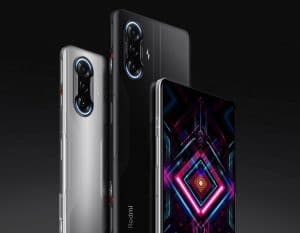 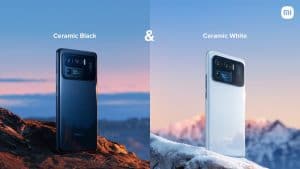 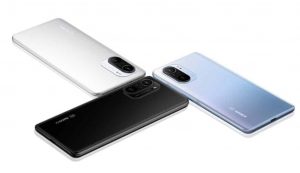