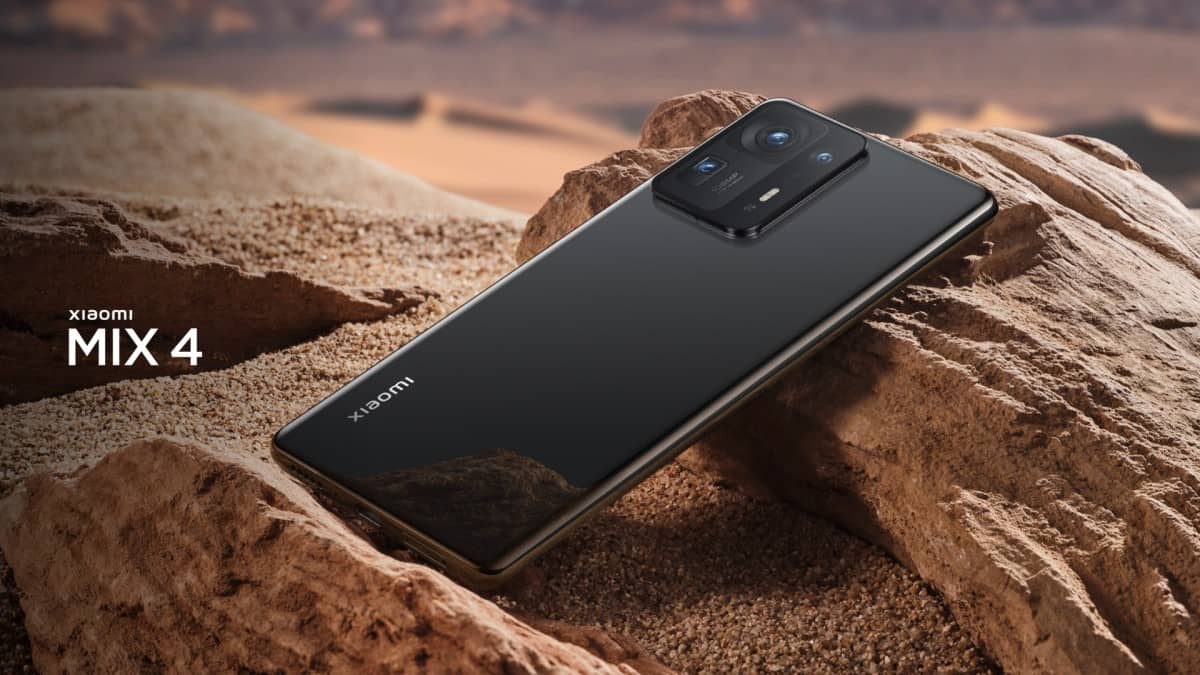 Since the Mi Mix 3, Xiaomi officially introduced the next Smartphone successor in the lineup – Xiaomi Mi Mix 4 and being the first phone in the Mi Mix series to be announced in almost three years, we have a lot to expect.

Well, with the commercialization of the under-display selfie camera technology, the Mi Mix 4 comes with the most notable addition in the series since the original Mi Mix. It is no news that Xiaomi has been working on this for a very very long period of time.

Although, we’ve seen similar technology from the likes of Oppo, and was even available on ZTE’s Axon 30. The company, Xiaomi says CUP is “a technology iterated through three major generations, five years, sixty patents, a $77 million investment, and hundreds of engineers.”

Mi Mix 4 is the company’s first device to pack what Xiaomi calls “camera under panel” (CUP) Well, it is popularly known as an under-display camera. It is also the first phone to be powered by Snapdragon 888+ mobile platform.

Beneath the 6.67-inch 120Hz AMOLED, 3D curved display is a 20-megapixels selfie camera, which Xiaomi claims to retains true colors and details even though it is under the screen. It supports 4-in-1-pixel binning thanks to its 1.6 µm sized pixels, which leaves an unblemished screen by cutouts.

It uses a new type of flexible display – a new transparent curved wiring Indium Tin Oxide (ITO) material coupled with imaging algorithms with redesigned circuit array to maximize the transparency and in turn light reaching the sensor. This is due to Xiaomi’s CUP technology, which minimizes light diffraction through a special circuit design.

Xiaomi also explained that the new micro-diamond pixel pattern paired with rethought algorithms ensures minimum light refraction. Above the camera is 400ppi density, which allows light to pass through to the selfie camera, so even the tiniest of the text remains perfectly readable. Xiaomi terms as “virtually invisible.”

Moving to the rear camera setup, the Mi Mix 4 comes with a straightforward and perfectly placed triple camera sensor. Let’s begin with the unique 1/1.33-inch 108-megapixels ISOCELL HMX main sensor with OIS. It may come with identical performance to the Mi 11.

It’s joined by an 8-megapixels periscope module with 5x optical zoom and 120mm equivalent focal length, and last in the combination is the 13-megapixels ultrawide snapper with a free-form lens and a reported 1% edge distortion.

Mi Mix 4 is powered by Qualcomm’s Snapdragon 888+ mobile platform with up to 3GHz CPU clock speed with increased AI capabilities of more than 20%. Although, Honor promised the company is still yet to release the Magic 3 with S888 Plus chipset.

Xiaomi is asking its customers not to bother with those peckish features, as the 4,500mAh battery comes with lightning-quick 120W wired charging which can fill up the battery in just 15 minutes in boost mode. This is faster than the 23 minutes for last year’s Mi 10 Ultra.

It also arrives with 50W wireless fast charging, which tops up from 0 to 100% in under 15 minutes (wirelessly) and 28 minutes (wired) charging. Fast charging is becoming something supernatural, it is not just getting faster but also smarter.

Xiaomi said “The intelligent fast charging modulation algorithm helps regulate charging temperature and speed for different scenarios, as well as increasing battery charge cycles by up to 25%. 37° will be the maximum rear temperature while charging at 120W default mode”

It features an in-display fingerprint sensor and ultra-wideband (UWB) which allows for precise positioning data and smart device controls.

However, international availability will be detailed later. But at this time, Xiaomi will only confirm a mainland China launch for the Mix 4. The pre-order in China has already begun, but from August 16th, it will go on sale in China.