The Chinese Smartphone producer, Xiaomi has finally announced the flagship settler, Mi Mix 3 Android mobile phone with full screen display, sliding cameras and avoid that irregular notch display at the top, be it small or wide!

Xiaomi Mi Mix 3 is also boasting of massive screen-to-body ratio, all thanks to the sliding mechanism which takes the selfie snapper to a hidden place and it is not powered by any sort of motors. Anyways, it is not the first Smartphone to come with this idea, there is the Oppo Find X and Vivo Nex! 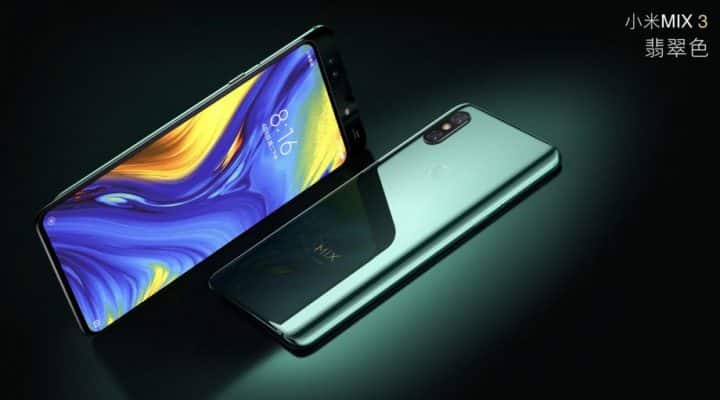 The Xiaomi Mi Mix 3 Smartphone is definitely the best right now in the market. Apart from the magnetic slider, which is brings in an opulent and magnificent design, it holds a dual selfie snapper. This is what other similar Chinese Smartphones failed to bring in.

It is gorgeous, coming with a 6.4-inch AMOLED Full HD+ 1080p panel and it boasts of 93.4 percent of screen-to-body ratio. Hence, providing a more sophisticated bottom chin, claims to be around 4.5 millimeters smaller compared to the Mi Mix 2S.

Mi Mix 3 is resplendent and attractive to look upon, and it is available in Jade Green, Sapphire Blue, and Onyx Black color options. To avoid unnecessary sliding camera for Face Unlock, whenever you switch on the phone, the company only adopted the traditional back-mounted fingerprint sensor.

Are we in the era of four camera lens? Last week, Lenovo brought in bunch of four cameras support Android Smartphones. Well, the Mi Mix 3 is breaking a new unique feature, magnetic sliding with dual selfie snapper and dual cameras at the back.

When the Mix Mix 3 slides up its front display, you will be greeted by a 24-megapixels Sony IMX576 with 1.8µm pixel size by 4-pixel binning in low-light environment + a secondary 2-megapixels sensor. Lei Jun, the company CEO, also introduced 960 fps slow-mo videos with auto background music, thanks to the AI engine.

The Mi Mix 3 has also achieved a score of 103 on DxOMark, hitting 108 for photos and 93 for videos. The phone lacks either Face ID unlock and Iris scanner but settles for the traditional fingerprint sensor at the back. But there is a new Night Mode that lets you take hand-held long exposure shots, AI scene recognition features etc. 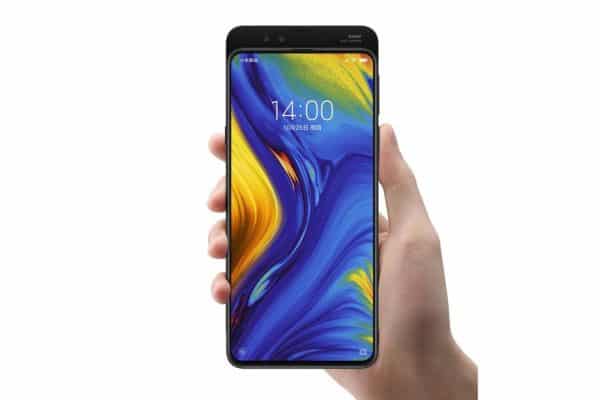 Like a normal high-end Smartphone, the phone is powered by the latest Qualcomm Snapdragon 845 SoC chipset, and it is available in different models and storage options. The Mi Mix 3 mobile phone comes in a 6GB RAM, 8GB and the high-end 10GB RAM, dubbed as “Forbidden City Palace Museum”

Seeing 6GB and 8GB RAM smartphones in 2018 is normal but a 10GB RAM Smartphone, that is hell of bigger multitasking. Well, the first Smartphone to be “announced” with 10GB RAM is the Xiaomi Black Shark Helo, actually it is a gaming handset. It runs on Android 9.0 Pie with MIUI 10.

Comes in either 128GB or 256GB internal storage but lacks any micro SD card expansion. Xiaomi pasted a 3,200mAh battery capacity on the Mi Mix 3 with a 10W wireless charger and Quick Charge 4+, which is fast charging via USB-C. However, a 5G version will be released next year, 2019.

The Mi Mix 3 was launched in China and it comes with a dedicated hardware button on the left side for the Xiao AI assistant, which speaks only Chinese, is it going to make it way out of China? The pricing of the phone has been made available anyways.

You can pre-order the phone right away and starting from November 1 to November ending, all the Smartphone will be ready to ship! All models will also include a 10 watt wireless charging pad.