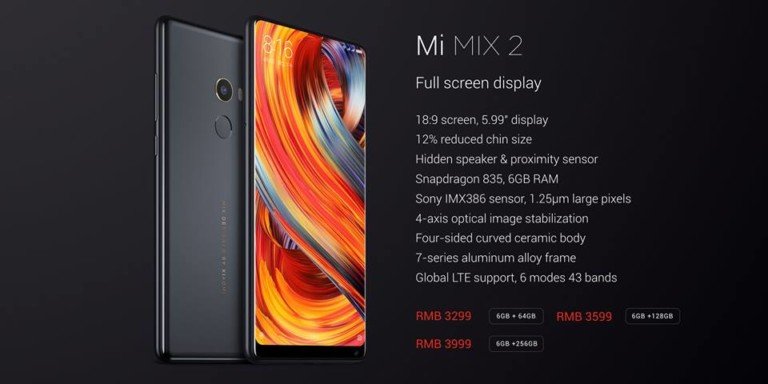 At an Event in China, Xiaomi which is a China Based Company has just launched a Bezel-Less Smartphone and the specifications are really mouth-watering.

Introducing to you is the latest Xiaomi Mi Mix 2 Smartphone that features an edge-to-edge screen. Although, the iPhone 8 or iPhone X rumored to arrive with bezel-less would be launching tomorrow, lets take a look at the Xiaomi Products that arrives a day to.

The bezel-less screen is the latest trend from Mobile Giants and they include Samsung, LG, Essential etc, adding to the list is Xiaomi.

The Mi Mix 2 features a pure thin bezels, and the device is made out of metal. The latest Bezel-less design is to make you feel, you are holding a screen and Xiaomi is making a dream come true. The back of the Mix 2 is ceramic, which is mated to an aluminum frame.

With this screen display size, it akes its overall footprint smaller and bringing a higher screen-to-body ratio. Xiaomi boasts of a 12% reduced bottom bezel too and the front glass is curved on all sides. Also boast of Fingerprint Scanner at the back.

On the camera aspect, the Mi Mix 2 features a single camera sensor on the back. On the rear aspect, you have the 12MP shooter with an f/2.0 aperture and a dual-LED flash.

Meanwhile, on the front side of the phone has a 5MP selfie camera. Taking selfie is getting more clearer. The Mi Mix 2 also support 43 network bands and works on LTE networks. 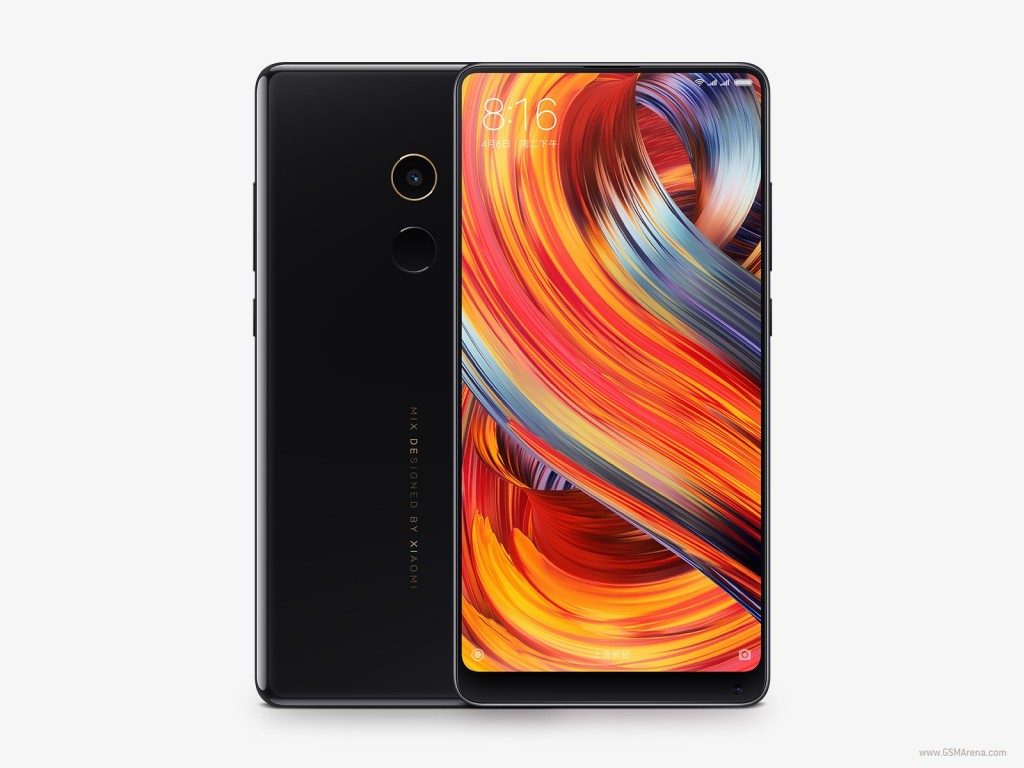 On the Storage, the Mi Mix 2 comes in two variants; a 6GB of RAM and another, a 8GB of RAM, making the multitasking more faster. However, there is also difference in the storage.

The model with 6GB RAM will be available in 64GB, 128GB and 256GB storage options. Then there is the 8GB RAM model that will ship with 128GB storage. Storage is getting better!

The Mi Mix also runs on Android 7.1.1 Operating System based on the company’s MIUI 9 over the top. There is no update, if it will upgrade to Android 8.0 Oreo later or so.

There is the Snapdragon 835 processor and the Adreno 540 GPU for graphics and also features a 3.5mm headphone jack. And you also have the 3400mAh battery capacity to power up the phone house and likewise a fast charging 3.0 technology.

We are talking about N180k to N260k or more in Nigeria currency! It is not a budgeted Smartphone, as the feature are that of a Premium Specifications.

How do you see the newly launched Xiaomi Mi Mix 2 Smartphone?