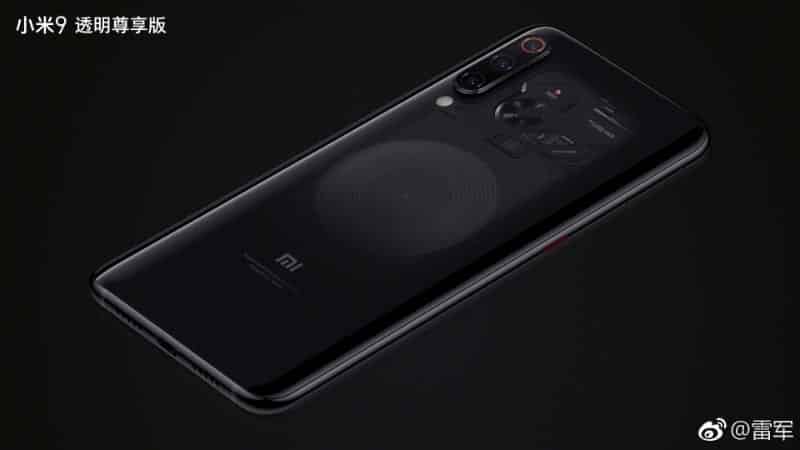 Xiaomi’s Mi 9 series arrives few hours to the Galaxy S10 series, and they are quite stunning. The both companies are just launching an iteration of last year.

The Chinese Smartphone maker unveiled the Mi 9 alongside with the Mi 9 SE and Mi 9 Transparent edition, and they were all launched in China.

However, the Xiaomi Mi 9 Transparent edition might only be limited to China market, as the company decided to keep that as a mystery to the viewers.

This isn’t the first time Xiaomi will be releasing a transparent edition of the Mi series, they also did that with the Mi 8 Pro (Mi 8 Screen Fingerprint) also.

The Transparent version of the Xiaomi Mi 9, has a similar hardware specification to the original Mi 9. After all, we all knew it was coming with 12GB of RAM, 256GB storage, seven-piece lens with an f/1.47 aperture on top of the primary sensor, and full-surface transparent back.

For the design and display, the Mi 9 Transparent Edition sports a 6.39-inch FHD+ Samsung AMOLED display, 19.5:9 aspect ratio, which is protected by a Corning Gorilla Glass 6.

It also boasts of 90.7% screen-to-body ratio, therefore, delivering an ultra-thin chin at the bottom and transparent back.

As usual and expected, the device packs the trending water-drop notch on the front. The phone also comes with an in-display fingerprint sensor.

Apart from those few specs, such as 12GB RAM, 256GB storage, different camera sensor and the transparent back design. The Xiaomi Mi 9 Transparent edition just like the regular version of Mi 9. You can checkout the review of Mi 9 for more.

The Mi 9 Transparent Edition are available to pre-order today at 6pm in China and will go on sale from February 26 at 10 am. This is totally different from the budgeted Mi 9 SE.