Inside the city of Wuhan, China; Xiaomi launched the rumored flashy and desired Mi 6x Smartphone with prosperous specs and features. There are few notable design on the newly launched phone, it arrives with 18:9 aspect ratio, dual cameras and doesn’t come with notch display.

The phone packs some resemblance with Apple iPhone X, prior to the vertical placement of its camera. The company really added some delicate features to the phone, making it more superior than the last year variant, Mi 5X or the Mi A1, which was the company’s first Android One phone.

You may have been wondering, what is the connection between the Mi 6X and the Mi A2; last year, the company announced the Mi 5X and gradually change it name to Mi A1 but only outside of China. And it might also be the same for this year’s Mi 6X turned into Mi A2. There aren’t the first to do that, itel did it with their S41. 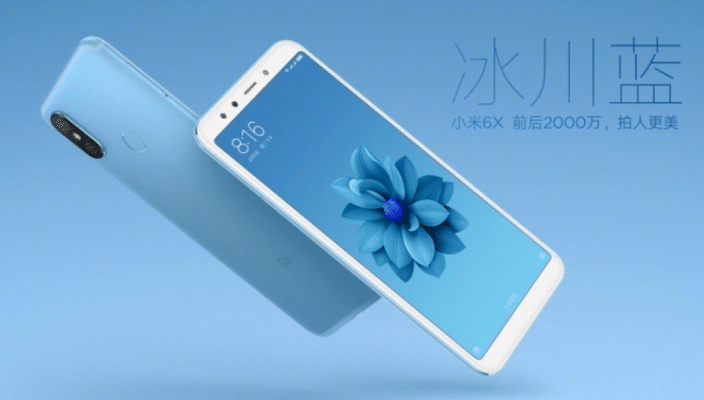 The mid-ranger arrives with tall huge screen size with 18:9 leaving you with smaller bezels around the screen and shows a high Full HD+ 1080p in a LCD display. That is cool for a mid-range product, there is dual camera set-up on the back with AI enhancements.

It’s 7.3mm thick, weighs 166 grams, and comes in black, red, blue, gold, and pink colors. While on the camera aspect, the phone comes with a 12-megapixels Sony IMX486 with f/1.75 aperture and 1.25 μm pixel size. The secondary is used for better portrait pictures and photos in the dark and it comes with 20-megapixels Sony IMX376 sensor.

While for the selfie shooter, there is the 20-megapixels camera with Sony IMX376 sensor. Takes crystal clear images too, flood your social media account with impressive photo shots. Can browse the internet faster with 2G, 3G, 4G VoLTE, WiFi, bluetooth v4.1, GPS and there is NO NFC.

The handset is powered by a Snapdragon 660 processor with octa-core CPU at 2.2 GHz and Adreno 512 GPU and arrives in various variants, which includes 4/64 GB, 6/64 GB and 6/128 GB RAM and internal storage. It also features a fingerprint sensor on the rear and also support face unlock also. The Mi 6X has dual heavy speakers at the bottom. 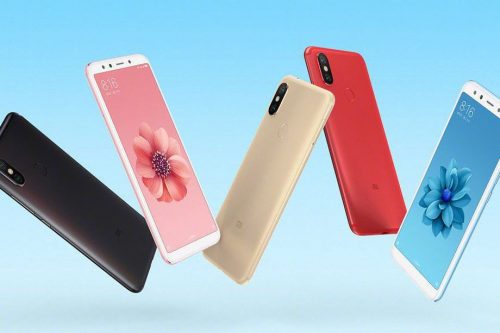 Also note that, nobody is yet sure, if the company would still globalize the Mi 6X as Mi A2 outside China.