So tell me, if Xiaomi Mi 5 phone can be world most fastest then the greater brother known as Mi 6 should be ten times faster than Mi 5. Xiaomi are really amazing when it comes to creating Xiaomi Android Smartphones.

One of the greatest Spec of Mi 6 is that it is expected to come with Qualcomm Snapdragon 2.5 GHz Octa Core Processor. That means the phone is ten times faster. We are all aware that Xiaomi Inc. is China-based electronics company.

According to the web news, Xiaomi Mi6 is rumored to be the first Xiaomi smartphone to debut in markets such as Canada, US, and others who have been patiently waiting true premium quality, budget friendly smartphones.

The Mi6 is also rumored to be getting some serious upgrades, and Xiaomi intends on maintaining the consumer friendly prices. Priced almost half below that of many of its competitors such as Apple, LG, Samsung, HTC, and more.

So today, we want to briefly go through the full specification that has been attributed to Xiaomi Mi 6.

Yes, the screen of Xiaomi Mi 5 which is 5.0” has been rumored that, there will be a slight changes. It’s looking like Xiaomi will be holding nothing back with the screen specs which include a 4K screen, and an unheard of 4096 x 2160 resolution. If the latest Xiaomi Mi6 rumor holds true, this may bring a screen with a ppi near 700.

Yes, the Xiaomi Mi 6 Processor is great and awesome. As it is rumored that Xiaomi Mi 6 will arrives with a 2.5 – 2.7 GHZ Qualcomm Snapdragon octa-core processor. Isn’t it great?

The news leaks of Xiaomi Mi 6 says that Mi 6 will be featuring a 23 MP rear camera and a 7 MP front camera will compare to other high-end Android releases.

Metal Uni-body with Glass Back

There is another amazing feature of Xiaomi Mi 6, the phone’s exterior will be a metal body design, but we are hearing info that Xiaomi will be looking to more of a premium finish. Resembling the latest iPhone, the Mi6 may be adding a touch of glass to the back of the phone. 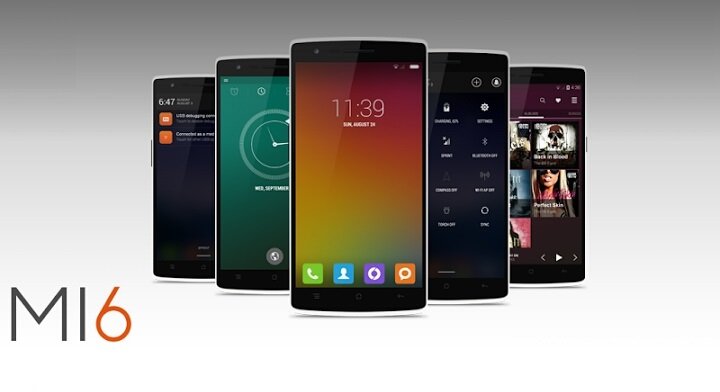 Leaks says that the Mi 6 will feature Wireless Charging just like the Samsung Galaxy S6 Edge. The Mi 6 wireless charging is expected to give consumers the ability to wirelessly charge the phone by placing it on a charging mat.

Xiaomi Mi6 will be featuring retina eye scanner. There is no longer fingerprint scanner which was seen in Mi5.

Mi 6 will be arriving with a expandable memory Micro SD card slot that will give consumers an extra 128 GB. There will of course be the same three internal memory options of 16, 32, and 64 GB.

Xiaomi which will launched their products first at China, Korea, India, UK, US, Germany, and More. The rumored price of Mi 6 is said to sell only about $399 will translate to a China Xiaomi Mi6 price of only 2012 Yuan.

Xiaomi Mi 6 is currently not available in Nigeria. And the exact release date of Mi 6 is around June to July!