The Xiaomi Mi Air Charge is the self-developed remote charging technology, and it is currently capable of 5-watt remote charging for a single device within a radius of several meters.

Xiaomi ensured that multiple devices can also be charged at the same time at 5 watts, and even physical obstacles do not reduce the charging efficiency. 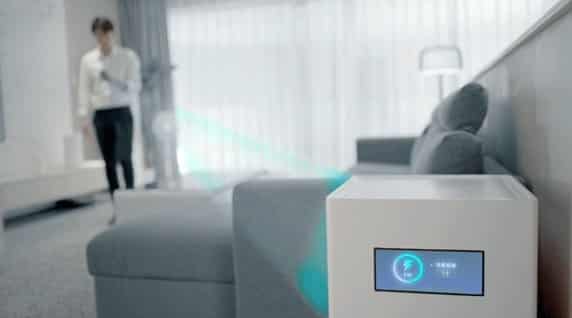 In the near future, Xiaomi said that its new charging technology will also be able to work with smartwatches, bracelets and other wearable devices. Later on, it will come with support for other gagdets and accessories.

Including living room devices, including speakers, desk lamps and other small smart home products, will all be built upon a wireless power supply design, completely free of wires, making our living rooms truly wireless.

You might be wondering how it works, the Xiaomi’s remote charging lies in space positioning and energy transmission, allowing Xiaomi’s self-developed isolated charging pile to detect the location of the smartphone with its built-in 5 phase interference antennas.

The receiving antenna array composed of 14 antennas converts the millimeter wave signal emitted by the charging pile into electric energy through the rectifier circuit, to turn the sci-fi charging experience into reality.