This is the Xiaomi Xiaomi’s 100W Super Charge Turbo Tech, which the company boasts that it can fully charge a 4,000mAh battery phone in 17 minutes dot.

However, the fast charger was officially unveiled today, but Redmi phones might integrate this new monster way of powering your phone, this was according to the Redmi Head Lu Weibing.

It is much more competitive to the Oppo’s Super VOOC Flash Charge, which charges a 3,700mAh phone up to 65 percent in 17 minutes, almost identical to each other. 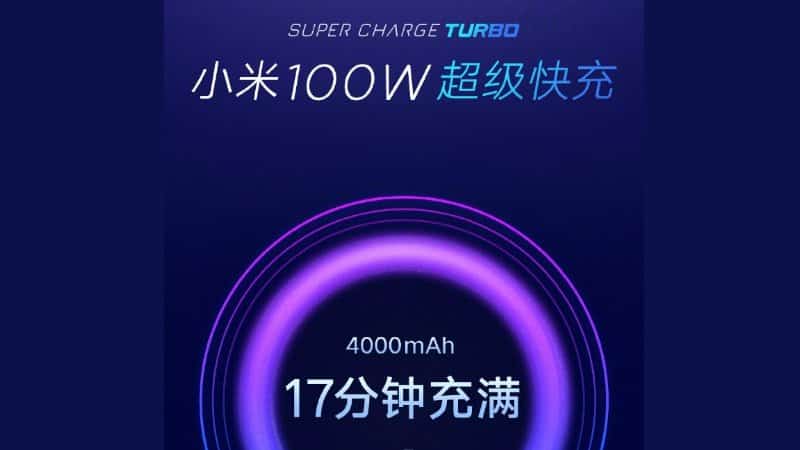 Recall that the Oppo’s 50W (10V/5A) Super VOOC Charging was introduced as the world’s fastest smartphone charging tech that can charge the phone up to 92% in 30 minutes, seen in OPPO R17 Pro.

To make the competition much more powerful, Xiaomi president and co-founder, CEO Lin Bin, shared a taste of the technology against Oppo’s Super VOOC Flash Charge in a re-uploaded Youtube video on Weibo.

Before the official launch, the Chinese Smartphone makers, has been using Qualcomm’s Quick Charge technology on its phones. Whereby, most companies out there can positively boasts of their own fast charging techniques.

And already, HUAWEI introduced its 55W SuperCharge fast charging technology that can charge the Mate X’s 4500mAh battery from 0 to 85% in 30 minutes.

Nevertheless, Redmi has quoted that the tech is already in mass production and we will definitely see the tech fast on Redmi phones.

Xiaomi has not officially announce the date for the first Smartphone to support the new 100W Super Charge Turbo Tech. But our hands are still closed, tight waiting for more information on the loose.