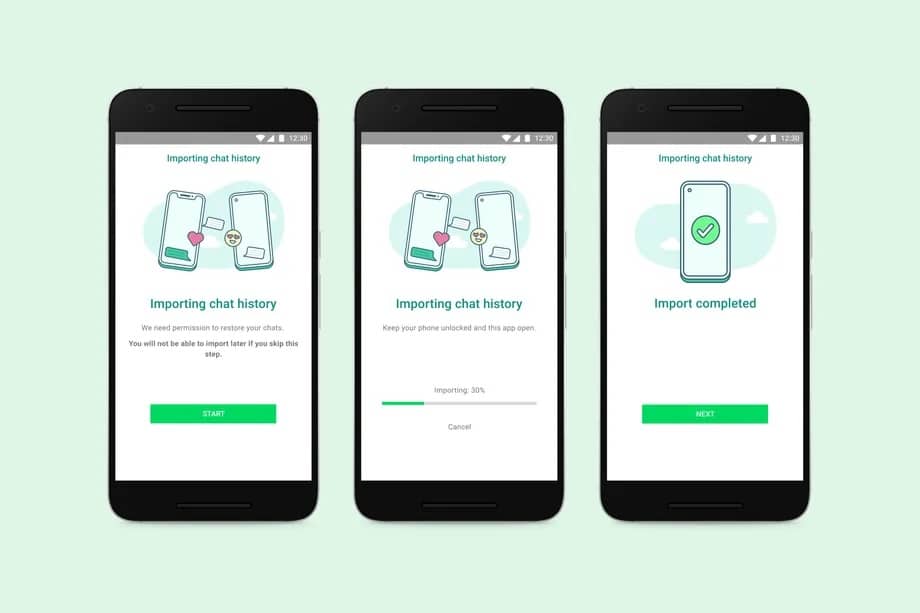 The ability to easily transfer Whatsapp chat history wasn’t just announced out of the moon. Whatsapp has been testing this few over the past few months and starting from August, the feature is now rolling out to the public, Samsung Galaxy Fold 3 users to be exact.

Whatsapp chat history transfer will initially cover transfers from iOS to Samsung’s new Galaxy Z Fold 3 and Galaxy Z Flip 3 and other Samsung phones “in the coming weeks.” as stated. However, the feature was announced during Samsung’s Unpacked launch event.

At this time, it is unclear if it’ll be available for all devices, but will definitely cover all transfers between iOS and Android phones. Before now, it was easy moving either WhatsApp chat history between Android smartphones or between two iOS smartphones.

However, transferring your chat history between mobile operating systems – Android and iOS have never been officially possible, neither has it been easy. But this new feature helps address this issue, and believe it, this is WhatsApp’s most displeasing factor.

With no easy way to transfer chat history from an Android smartphone to an iOS smartphone and vice-versa, and with WhatsApp working on a cross-platform chat history transfer feature will completely fix this.

Let’s say you chose to use WhatsApp’s cloud backup feature, then iOS chat histories are stored in iCloud, while Android’s are in Google Drive, meaning it’s only possible to transfer your chats between phones running the same operating system.

During the Unpacked event, the partnership with Samsung and its Smart Switch app was initiated, which enables chat history transfers for the Galaxy Z Fold 3 and Z Flip 3. Allowing customers who currently own an iPhone will be able to transfer their WhatsApp chats securely to any of the two new Galaxy foldable smartphones.

However, the new feature transfers chat histories using a physical Lightning to USB-C cable rather than sending them via the internet. WhatsApp says the new feature will allow transfers from iOS to Samsung’s new foldable at first.

In the coming weeks, it will allow transfers to other Samsung devices running Android 10 and up. Whatsapp failed to say if the new feature will allow Android to iOS transfers or will be coming to non-Samsung Android phones.