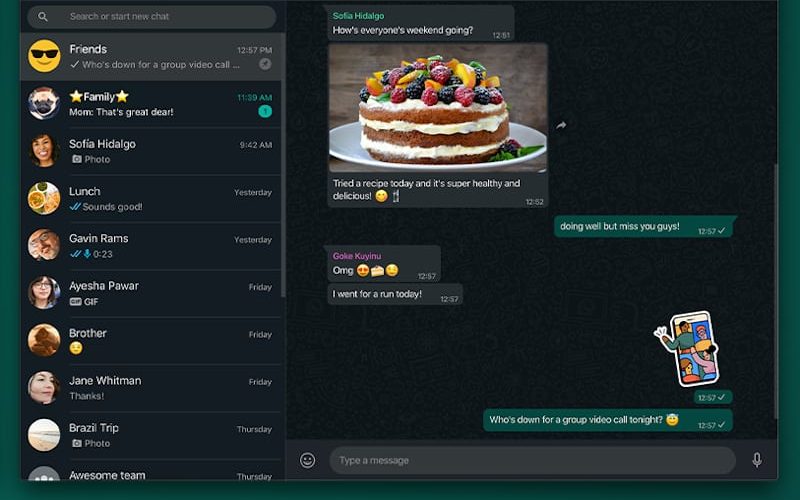 Alongside the new introduction, Whatsapp is also bringing the dark mode to their desktop apps and on WhatsApp Web. Understand that the WhatsApp dark mode has been available on their iOS and Android mobile apps for many months.

Before now, Whatsapp Beta revealed that the developers were working on animated stickers, but it has been officially confirmed after announcing via its blog posts. However, Whatsapp announced 5 new feature updates. 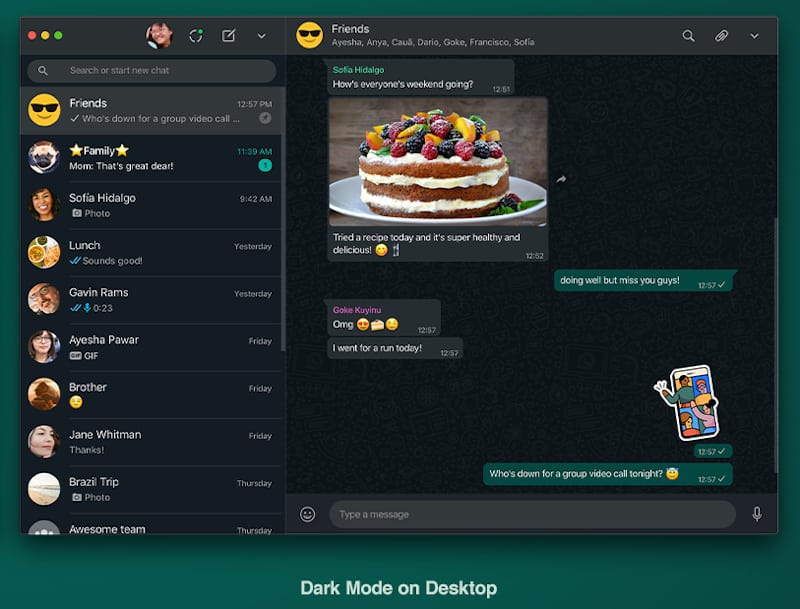 The animated Sticker packs will be available to download via the WhatsApp Store or you can save an animated sticker once it has been sent to you. Animated stickers have already existed on other messaging platforms such as Telegram.

Whatsapp blog post said that “stickers are one of the fastest-growing ways people communicate on WhatsApp, with billions sent every day. We are rolling out new animated sticker packs that are even more fun and expressive”

QR codes can be used to quickly add new contacts or animated stickers. It allows you to easily share/scan WhatsApp numbers with QR codes, and also makes it easier for saving the contacts on WhatsApp. 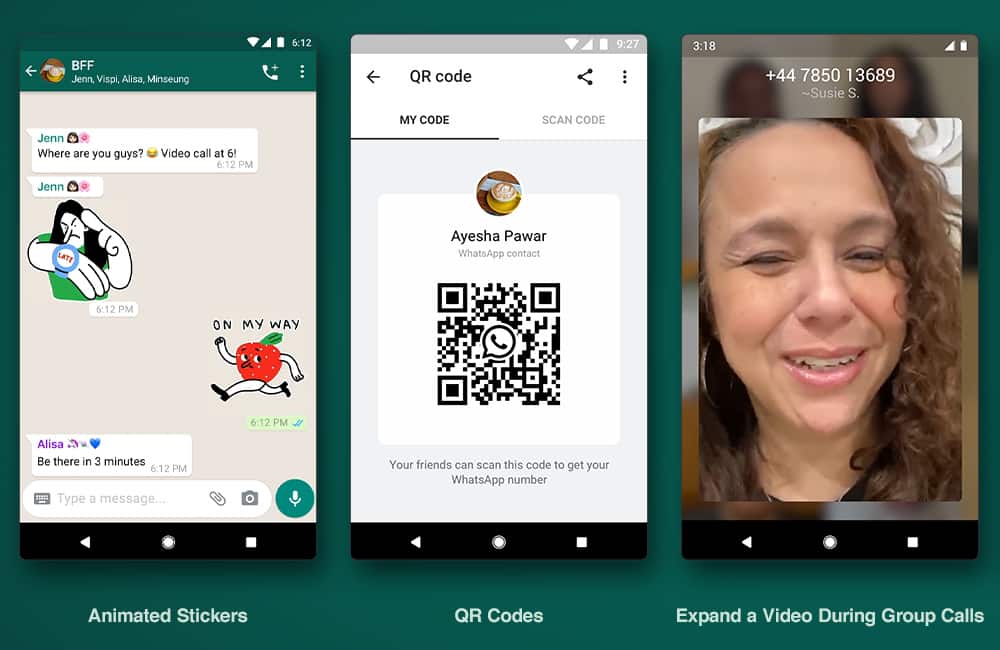 Another important update is the group video calls improvement, which now allows up to 8 people on a video call, and they’ll be a new video 1-tap icon added to group chats of up to eight people to allow you to quickly start a group video call in the first place.

The last on the list is allowing KaiOS users to share Status updates and lets you share updates that disappear after 24 hours. However, Whatsapp users will start seeing these features over the next few weeks. WhatsApp says that dark mode for web and the Status feature for KaiOS are live now.