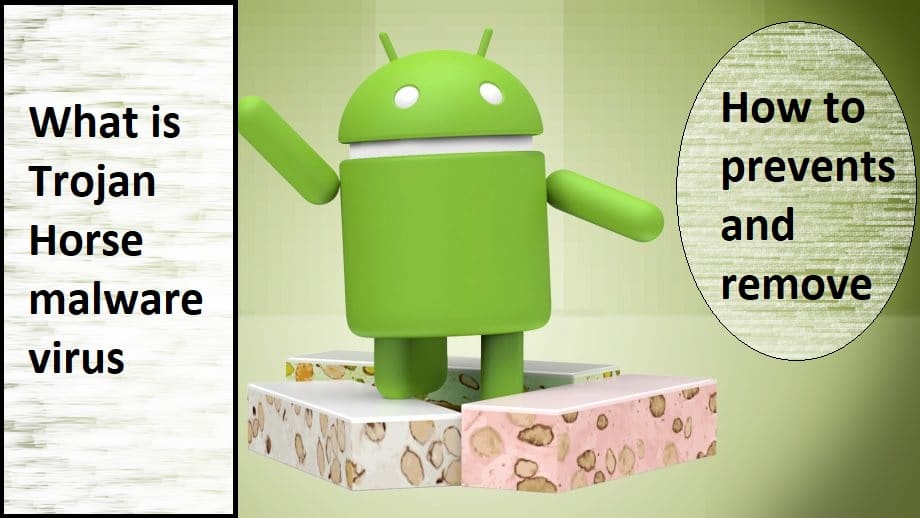 You just downloaded one of the best app on your phone, you’ve used it and it is good. But after a while, the app turned rogue, into a virus, malware, your device start behaving inappropriate, pop-up ads, then you have just download a Trojan horse malware virus on your phone!

Like the head, it is a deceptive app that brings good tidings at first glance, and the next shot is virus and malware spreading everywhere inside your phone.

Today, we will quickly learn what Trojan or Trojan horse is all about, probably, everything about Trojan horse malware virus. Sorry, but this isn’t the Trojan war, nor USC Trojans Football.

What is Trojan Horse Virus?

Firstly, it is a very destructive and dangerous virus that attacks both computers and Android. Trojan or Trojan horse is a deceptive or deceiving malware.

Trojan can come in different ways, but the shocking thing about Trojan or Trojan horse is that, it can’t be classified as either virus, malware or worms.

Because all these have their own characteristics, and Trojan horse doesn’t have any of those features. Instead, it is much like a portal that brings in the main malwares into the device.

Have it in mind that Trojans can’t replicate itself, that is one of the major characteristics of other numerous computer viruses and worms out there.

Trojan can be seen as an unworthy strategy that intruders use to deliver any number of threats, like leaking your personal and financial data, which in turn asks you to pay some money.

You might be wondering what must have connected the Trojan war to the Trojan horse. It is Greek mythology, where Odysseus decided to enter the city’s wall in a deceptive way.

Where the Trojan soldiers watched as the Greeks appear to sail away, leaving behind a giant wooden horse as a token of surrender. Drunk on victory, the Trojans bring the horse inside their walls, only to discover Odysseus and his men were hidden inside the whole time.

There it is, the Horse. You can now see the connection, Trojan horse can’t come into your phone as attackers such virus, malware or whatever. But they instead use deception to trick unsuspecting users into running malicious computer programs.

When a Trojan has successfully gained it presence in your device, received the administrative permission via its deceptive and social engineering skills.

It can then enable cyber-criminals to spy on you, steal your sensitive data, and gain backdoor access to your system. Which can be any of the following:

How to prevent and remove Trojans

Before we start listing out the types of Trojans, its effects and others. We can at least learn how to protect our devices against Trojans. Fortunately, there are good Trojan virus remover for Android.

a. You must install a good reviewed anti-malware software to defend your devices: Such as Kaspersky Anti-Virus and others.

b. Don’t download apps aside from phone app store: You must always activate that feature.

c. You should never open an attachment or run a program via an email from unknown.

d. Since, previous software updates are prone to attacks, you must learn how to constantly keep all software on your computer up to date with the latest patches.

e. It can also come via hard drives. You must be careful of you insert or connect to your mobile phones.

You ought to still beware of apps downloaded from Google play store also, because it is NOT always safe. Google has been removing series of malicious virus infected apps from their store.

Did you know that Browser extension add-ons can also act as Trojans? You don’t have to be surprised, after all, it’s a payload, which is capable of carrying embedded bad code.

Google has also been working to remove browser add-ons from computers, and on phones but the sad news is that, Trojans can easily place transparent invisible icons on the screen. But touching it will launch its malware.

But for the iPhone folks out there, you really don’t have to bother, because Apple is really working hard. All thanks to the company’s restrictive policies regarding access to its App Store, iOS, and any other apps on the phone to prevent the invade of Trojan.

However, iPhone folks who had jailbreak their phones to get attractive incentives from sites other than the App Store are not included in Apple’s restrictive policy. But that doesn’t mean that iPhone can’t get virus.

Distributed Denial of Service (DDoS) Trojans – Known as DDos attack, it targets a network or machine by sending unlimited requests from different sources, which leads to disabled or shuts down.

Exploit: This are programs that contain data or code that takes advantage of a vulnerability within application software that’s running on your computer.

Rootkit: It hides malicious programs from being detected, so that the effects period on the infected devices will linger more.

Trojan-Downloader: This type of trojan download and install new versions of malicious programs onto your computer – including Trojans and adware.

Spyware: Like the name, it automatically spies or watches as you navigates and access online accounts or enter your credit card details. Will then transmit this details back to them.

There are still other types of Trojans, and they includes:

2. Trojan-FakeAV: Simulate the activity of antivirus software to extort money from you

4. Trojan-IM: Steals your logins and passwords for instant messaging programs

5. Trojan-Ransom: Modifies data and settings on your computer.

There are so many examples of Trojan software out there, 1975 ANIMAL, 2000 ILOVEYOU, 2010s Cryptolocker Trojan horse, Zeus, Wirenetm, Mobile banking Trojans etc but thanks to the advanced running system and preventive measures.