Ulefone was among the top listed companies during the MWC 2018 in attendance. We saw several ranges of Smartphones, including the Galaxy S9 and Galaxy S9 Plus. And this is the Ulefone T2 Pro!

According to the specs on paper, the Ulefone T2 Pro comes with high ends specs, it was the world’s first mobile phone to arrive with the upcoming MediaTek Helio P70 processor and they voluntary ditched the 18:9 screen-to-body ratio by introducing a unique 19:9 full-screen display.

Just with a feel of the Ulefone T2 Pro, you can think of iPhone X with the notch on its body but trust me, you wouldn’t want to hear how big tech companies are using the Apple iPhone X notch on every of they design, also integrating the Face ID in a different dimension. Well, lets look at the specs; 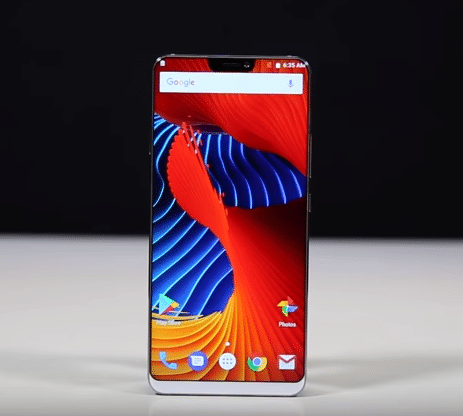 With all its high end specs, it could have been in competition with other big Smartphone brands, it also arrives with the newly introduced in-display fingerprint sensor that was first seen on the Vivo X20 Plus UD but when we we came across the iPhone X notch, everything seems to go down.

On the design aspect, the T2 Pro comes with shiny aluminum chassis featuring new 19:9 aspect ratio, leaving only a sliver of a bezel at the bottom, and a notch on the top. The notch houses the earpiece and front camera and it barely has any bezels on the side.

T2 Pro ditches the headphone jack, leaving only a USB-C port for connecting headphones. Well, concerning the pricing and availability,reports from the company, stake the price at $300 per unit.

Watch the video below;