Twitter just introduced another update and it is one of a kind. You all remember the popular update from Twitter which is the 280 character word, well, here is another update.

Twitter will begin rolling out the new update to both iOS, Android and the official Twitter.com in few days to come. The new update helps you to add new tweets to a thread before you publish them.

Am in love with this indeed! One way of telling the full story without being interrupted is with the new Twitter Thread that allows you to type it in a thread first before tweeting them all at once. 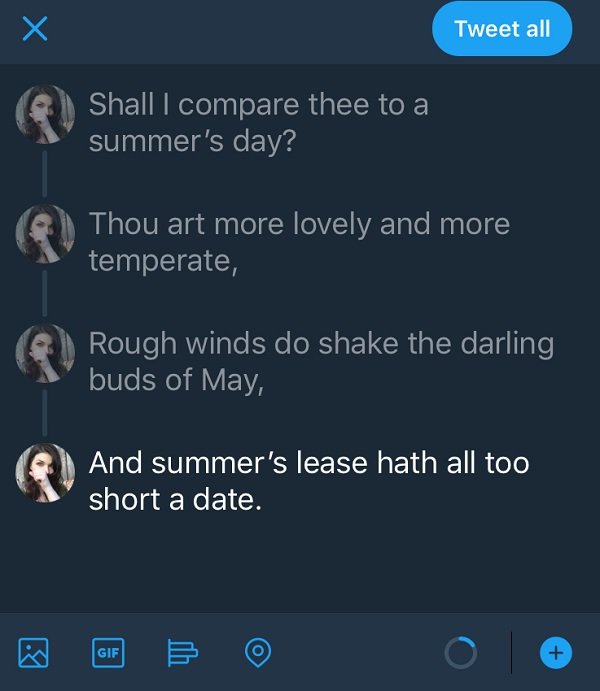 To do this, press the small + button at the bottom right of the tweet composer, then you say what you want to say in a second tweet, hit the button again to add further thoughts, and so on and so on. In addition, Twitter is adding a “Show This Thread” option to allow users to view all the tweets in a thread from the beginning.

But there is a limit, the limit on the number of tweets you can add via the + button before you publish is 25. After your first tweetstorm goes, you can hit a button which says “Add another Tweet,” then add another 25 to your original thread.