Well, the answer is NO! People are suggesting that Twitter should be closed down in 2017! Hello, There’s no need to #SaveTwitter because it’s not shutting down! Yes, Twitter is NOT shutting down in 2017, so do whatever, you want, it is NOT!

But the question is Why do some people think Twitter is shutting down in 2017? It’s all for nothing though – we asked Twitter and they assured us there’s no truth to the claims whatsoever. #SaveTwitter: This is How the fake hashtag took over the social network! 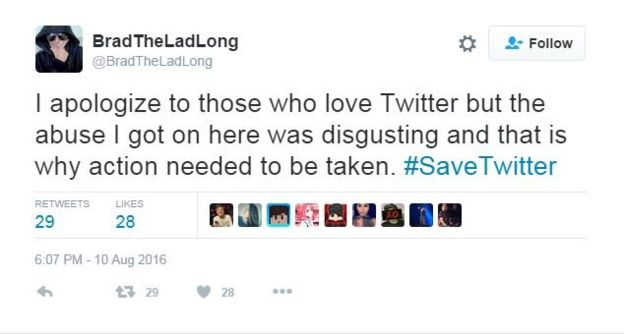 Well, #SaveTwitter is a spurious rumor holds that the Twitter social media platform will be shutting down in 2017 due to cyberbullying.

Anyway, It all started with a YouTuber who put in his Twitter bio that he was voted the “Most Controversial Youtuber of 2015”. The reactions were split between people perhaps genuinely scared the site was going to shut down! And of course, it was all just a lie. Below are some numerous amazing tweets;

apparently twitter is being shut down for bullying? yet I don’t see no schools being closed, because of bullying. l o l. #SaveTwitter

#SaveTwitter if Twitter shuts down I won’t have anywhere else to rant without ppl judging me pic.twitter.com/dVfR1X2nwP

twitter isn’t shutting down in 2017, #savetwitter is a hoax pic.twitter.com/daT0ObmpLH

When you realise if Twitter shuts down you’ll have go outside to find out what’s going on in the world #savetwitter pic.twitter.com/tj0RCq1zEY

Without Twitter, I’d have to troll people in real life and I’m almost certain I’ll be punched in the face! #savetwitter

The rumors appear to have their beginning in two truths: that Twitter has been having trouble and as a result is the subject of regular speculation about whether it will be taken over or sold; and that much of the criticism
around the site focuses on its problems with cyber bullying and abuse.

Twitter is a thrilling place for teens. You can follow celebrities close enough to step on their digital heels. You can be the first of your friends to make a gif that goes viral. You can set up an account where you pretend to be a pop star crossed with a philosopher — or even your dad’s ten-gallon hat.

Inanimate objects can have a voice, too, you know. Of course, all of this fun assumes that you’re using Twitter safely.

But neither of those facts indicate that the site is going to actually shut down, in 2017 or any other time.