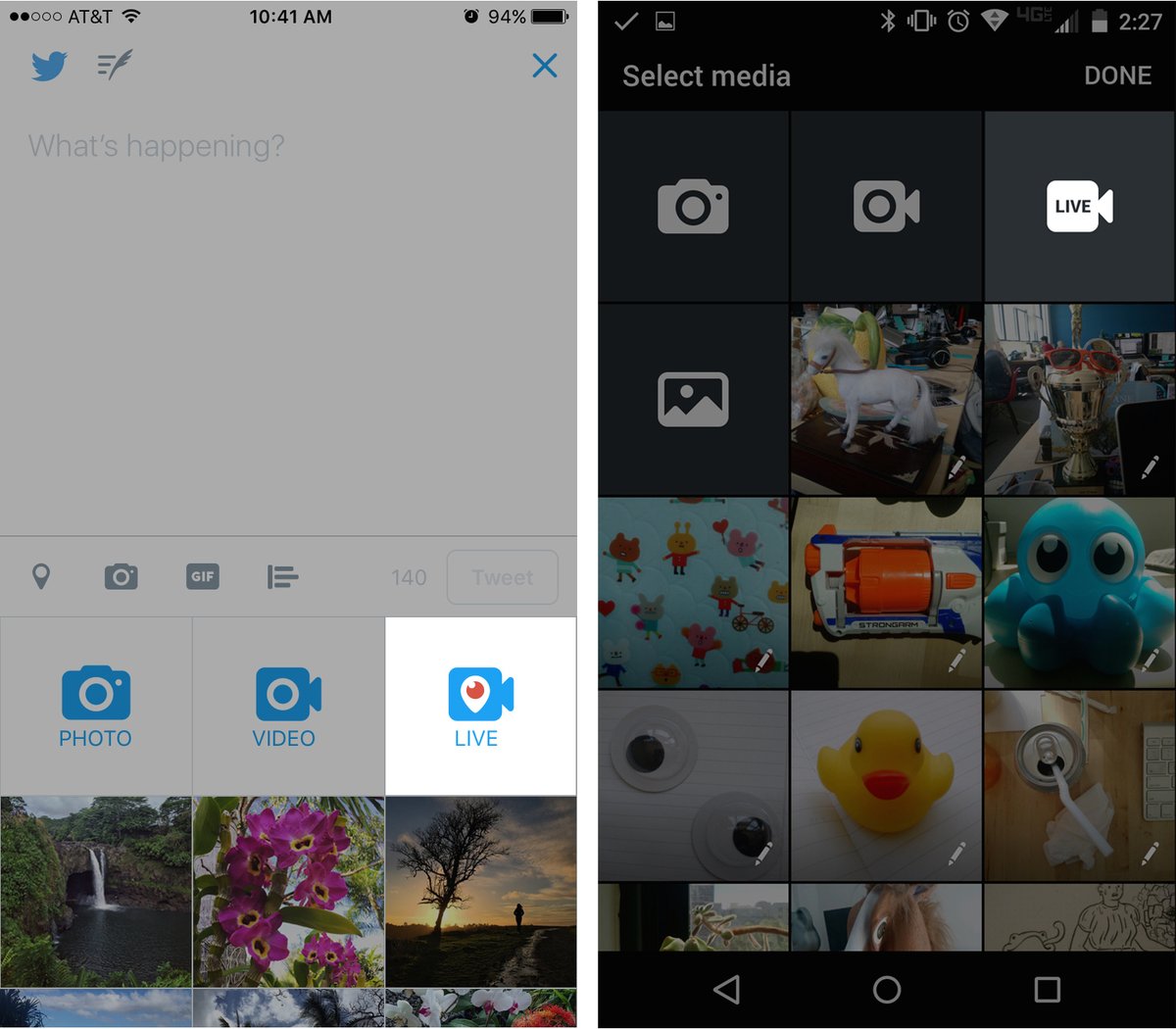 Twitter tested this beta version back then in May 2016 but today, it has been officially rolled out! Everyone can now use the Periscope button. The new twitter Periscope button update is now available for Android and iOS. Meanwhile, early MAY, few of the Android got update and then in June within the first week, the iOS user got it but now, it is for everyone.

The Periscope Buttons is -When you are composing a new tweet in Twitter’s official Android or iOS client, you now have an option of adding a photo, a video, or go live with Periscope. If you don’t have the Periscope app installed, you’ll be asked to download it, and immediately begin live broadcasting to any audience.

And now Periscope now has the unfair advantage of not having to go directly head-on with its competitors —and once the favorite in the booming livestream app category, Meerkat has now all but given up on live broadcasting. It is time to stay LIVE on twitter. Get down to it right away!

Ready to go live? Now everyone can tap a new button on iOS & Android to easily broadcast on #Periscope from Twitter! pic.twitter.com/tedpUN1QMA

Official Statement from Twitter; “Ready to go live? Now everyone can tap a new button on iOS & Android to easily broadcast on #Periscope from Twitter” Although, the new feature is still not as popular as it could be — let’s take for instant, Twitter could’ve placed it on the uppermost row of icons, together with location, media, GIFs and polls.

The new twitter app will likely see a boost from its dedicated button in Twitter, giving it a better position to compete with Facebook Live. Do you feel like sharing anything with us, use the contact form or stay updated with us.