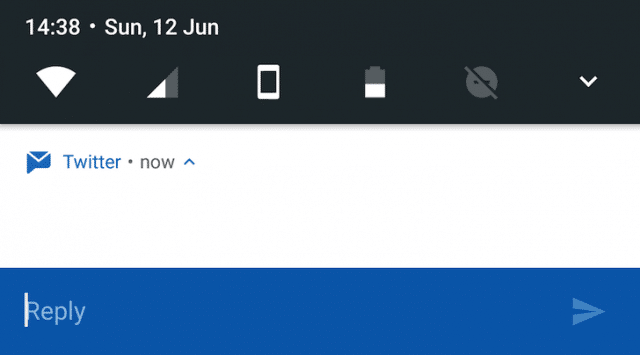 Coming from the Management of the Twitter Boards, the Social Media Giant worldwide popular Know as Twitter has finally introduced Android N feature for Notification Direct Reply. That is to say, you can reply messages on Twitter using the Android N keyboard feature.

According to the Android Police, the Android N preview was announced a while ago and the purpose of it is to give time developers to update their apps accordingly before it is officially released to all users. Twitter is of course of one of the major developers and it seems they have been tinkering with the direct reply notifications feature. 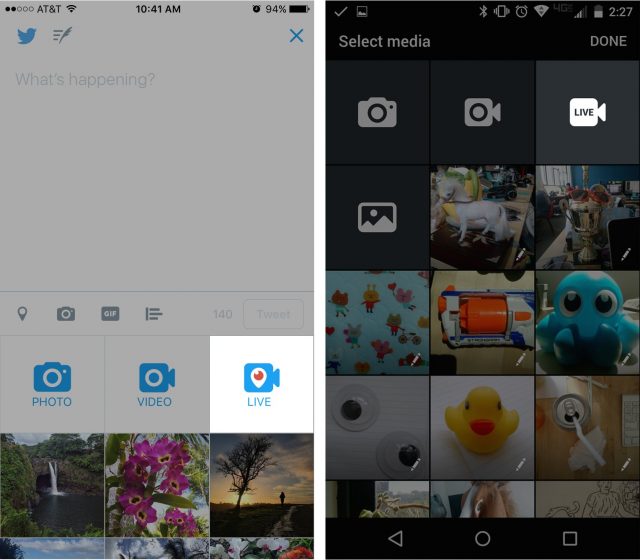 The new twitter update, doesn’t work for normal Twitter replies, just DMs, so it still won’t be too useful if you don’t do a lot of one-on-one communication on the service, but it’s a step in the right direction. Although, let’s watch and see, what they have in mind, maybe, they are trying to bring up something more stunning.

We are not sure but Twitter might soon implement the Android N feature on normal Twitter replies. This is currently on the v6.3.0-alpha. Meanwhile, they are many other Application that has added the N feature for quick reply button within the notifications.

Meanwhile, finally, Twitter has finally launched another update to their Twitter app and that is a button for creating a Periscope broadcast. Instead of opening up the Periscope app to go live, you’ll be able to do it from the Compose page.

And another new addition to the Twitter app is a button for creating a Periscope broadcast. Instead of opening up the Periscope app to go live, you’ll be able to do it from the Compose page. With this Android N, you’ll be able to reply to messages directly from the notification shade. No pop-ups or opening the app. Stay tuned and updated.