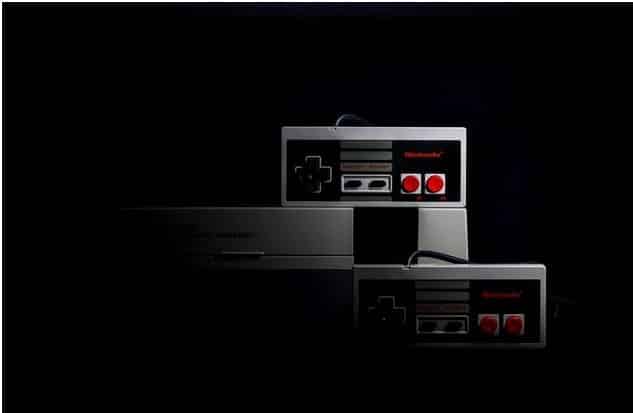 It seems like there is an app for everything these days. Want to order food online? Want to have groceries delivered right to your home and stoked in your refrigerator? You might be surprised to hear it, but there is an app for that. Given the popularity of apps and the popularity of online gaming, it only makes sense that there would be an abundance of gaming apps for people to take advantage of as well.

Of course, this doesn’t mean that they are all created equally because they certainly aren’t. Some offer specialties and expertise in certain areas where others don’t even begin to cover. Some offer games and genres of games that others don’t even dream of. What are the best gaming apps for both boys and girls to take advantage of these days?

Cloud gaming services are an online cloud server-based gaming solution as a subscription basis and a blessing of cloud computing. The potential for these types of services really is unlimited because all the heavy lifting is done in the could. Users no longer need access to high-tech hardware or gaming PCs. You just simply need this subscription and you’ll be able to play today’s most advanced games.

PlayStation is by no means a new name to the gaming industry, and this is probably why this beautiful platform is already such a big hit. You combine this with the fact that the platform already offers over 500 games and it only makes sense that gamers are going nuts for it. For just 12.99 a month, users will have limitless access to everything available in PS Now. PlayStation Now is currently available in 12 different countries. People in Austria, Belgium, Canada, France, Germany, Ireland, Japan, Luxembourg, Switzerland, The Netherlands, UK, and the US can take advantage of everything offered here. Some of the best things about PlayStation Now are that users can play PS4, PS3, PS2, and eventually PS5 games. Although PS5 pricing hasn’t yet been established, it has already been confirmed that the platform will offer services.

Players are also granted access to hundreds of incredible games on demand. New games are added every month, so you can only expect more and more to be available.

Want to encourage creativity, dexterity, and puzzle solving all at the same time? If so, you need to make sure that your boys and girls are taking advantage of Sago Mini Friends. This sweet-natured set of mini-games starts off with players deciding on a colorful character that will guide them through the whole neighborhood of cartoon houses. Along the way, you’ll get to knock on doors and get invited inside for animated, entertaining playdates. These dates can involve everything from dress-up to enjoying a tasty snack together, or hammering nails in a birdhouse. Everything about the app is bright and cheerful. There won’t be a moment or even a slight second of empathy, as your boys and girls explore their way through this beautifully thought out and brought to life world.

Most parents would probably rather see their kids playing with real Legos as opposed to virtual ones, but when you consider the price of Legos these days, you might actually be glad that your kids are interested in these virtual blocks. And, sometimes the real thing just isn’t an option. If this is the case then you and your kids need to be taking advantage of apps like the Lego Creator Island. This is one that takes place on an island and allows your children to collect bricks in order t buy Lego sets that can be constructed with a few taps. During the play, you’ll get to collect all kinds of houses, vehicles, and even cute cuddly blocky critters that roam around the sandy shores. Don’t worry about shoes because there is absolutely no chance that you’ll step on a painful plastic brick buried in the sand.

If your boy or girl is a major purveyor of the tablet then its highly likely that you are already familiar with Toca Boca games. It’s likely that you probably even have some downloaded already. Whatever the situation is, there is no denying that these apps are a mix of education, play, and smartness. As you’ve probably already guessed, this one is all about cooking. The game gets you excited about creating meals – however you prefer. You’ll be able to come up with your own unique recipes and deliver them to a colorful set of characters. The beauty of this app is that you can get as creative as you want or you can keep things on a simple yet interesting level. You can craft a burger from the ground up or you can throw a watermelon in the microwave with hot sauce.

Shoot’em up games aren’t exactly for everyone and some parents don’t like their boys and girls playing them, but there is no denying that this app is completely different. It’s a bit of an oddball one that features flying llama blasting crazy cartoon enemies with a mix of spittle and high-powered weaponry. That’s right, you’re not only shooting at cartoon characters, but you’re spitting on them with your unique llamas. The controls are incredibly intuitive and just about anyone can pick up on them in the first few minutes of gameplay.

Even the youngest of players won’t have a problem getting on board. That is why live Punto Banco online provides evolutional gaming, such as Roulette, Poker Games, others, and tons of power-ups and collectibles that you can be able to take advantage of along the way just to keep things interesting and exciting along the entire journey.