Well, TikTok was absolutely doing fine, until major content creators from Youtube and others joined the app, bringing thousands to millions of their fans on board.

It is safe to say that the COVID-19 pandemic virus gives way to this drastic increase. This popular short-video sharing service, TikTok crossed 1.5 Billion downloads, 5 months ago. 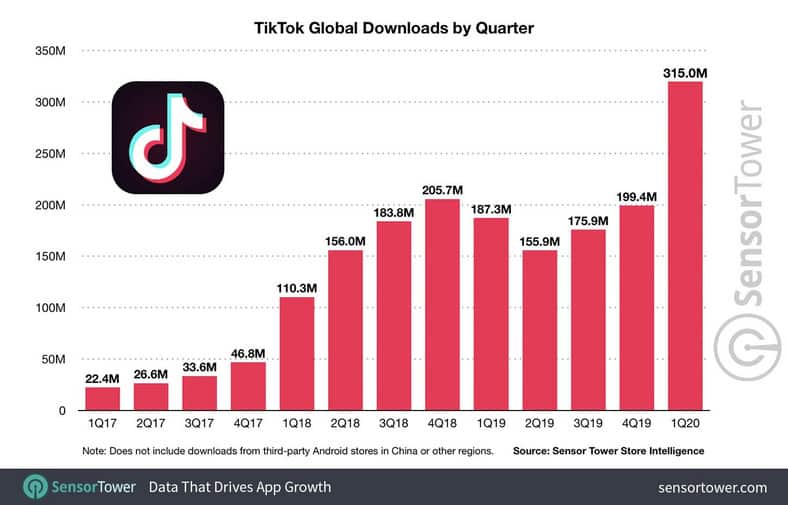 The report is coming from Sensor Tower Store Intelligence, where the company also revealed that people have installed the TikTok app more than 315 Million times during Q1 2020 alone.

Including combined downloads in the App Store and Google Play Store, where the statistics for outside downloads from either of these stores, 3rd party stores aren’t among.

Well, TikTok isn’t the only company to experience a huge increase in users under coronavirus-related lockdown. TikTok has become the go-to launchpad for memes and internet culture since it was launched by the China-based company ByteDance in September 2017.

When TikTok debuted in the US less than a year later, it became the next best thing for creators since Vine, the video-sharing Twitter shut down in 2016.