The Snapdragon 870 5G is Qualcomm’s latest chipset that runs at 3.2GHz prime core CPU, which is practically the highest clock speed in the mobile world, beating the Kirin 9000’s 3.13 GHz prime core. Qualcomm and TSMC partnered in the development.

It still uses the Adreno 650 GPU with no or little upgrades, with Hexagon 698 and the Tensor Accelerator that delivers the same 15 TOPS as the two 865 chips. It still uses Kryo 585 cores based on ARM’s Cortex-A77

Actually, this is the first time Qualcomm is introducing three iterations of a flagship SoC. Instead of Snapdragon 870 SoC, it could have been called Snapdragon 865 Pro or Snapdragon 865++. 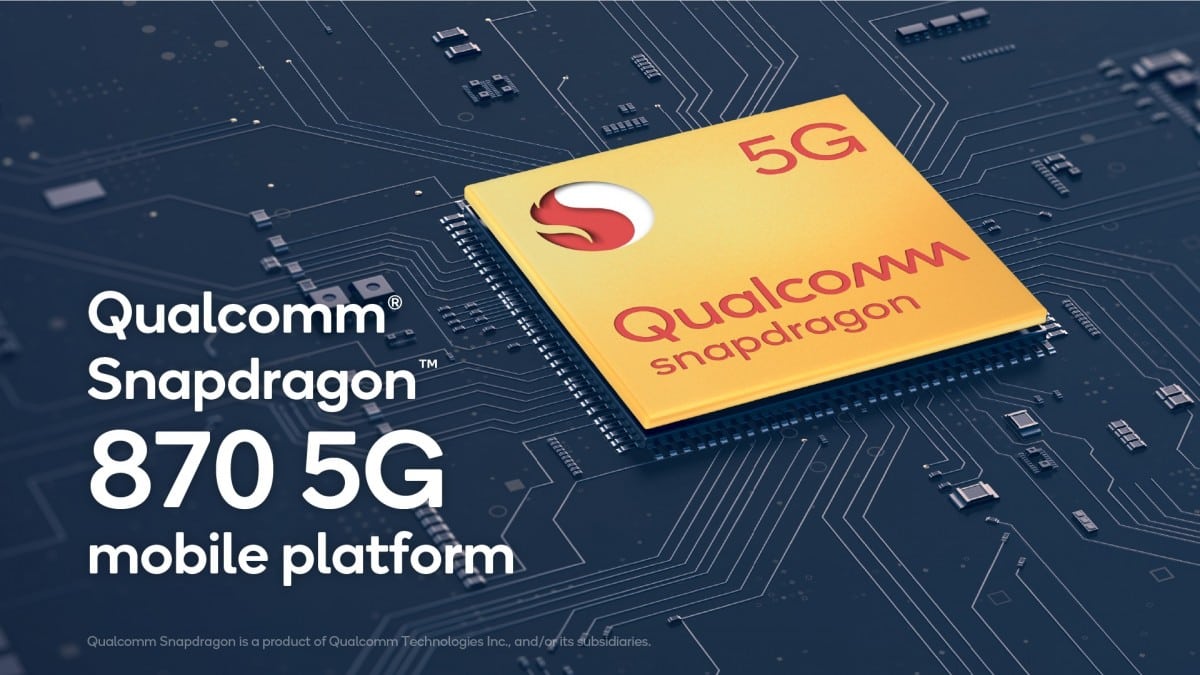 Similarly, the FastConnect 6800 system appears to be the same. It supports Wi-Fi 6 (up to 1.77 Gbps) and Bluetooth 5.2 with aptX Voice and Adaptive. Note that the 865+ used the slightly upgraded FastConnect 69000, which offered Wi-Fi 6E.

The chipset is paired with an external Snapdragon X55 with sub-6 and mmWave support with up to 7.5 Gbps downlink speeds, which says there’s no built-in 5G modem.

It comes with support for the similar FastConnect 6800 system with supports for Wi-Fi 6 (up to 1.77 Gbps) and Bluetooth 5.2 with aptX Voice and Adaptive.

It packs high dynamic range videos using the HDR10+ and Dolby Vision standards. Smartphone brands such as Motorola, iQOO, OnePlus, OPPO, and Xiaomi will unveil the flagship phones powered by the Qualcomm Snapdragon 870 SoC and will be available starting from the first quarter of 2021.