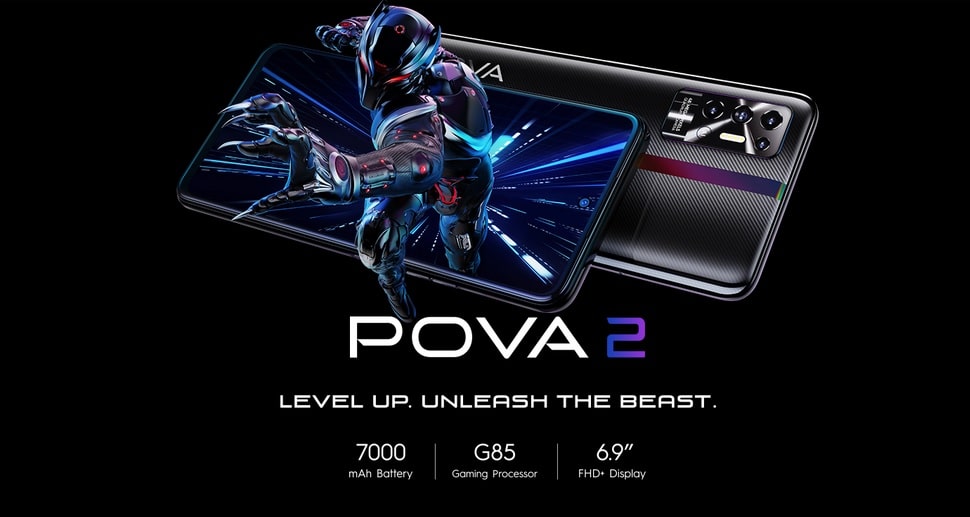 In succession to the last year’s POVA mobile handset, TECNO mobile officially announces the POVA 2 with a better upgrade and a few impressive specs and features. The TECNO POVA 2 sports a four rear cameras, and Helio G85.

The TECNO POVA 2 body design is quite stunning featuring a unique textured effect, which the company went ahead to mention that combines a hard-edged feel with a technological pioneer for a cool look.

It comes in three awesome color options – Polar Silver, Power Blue, and Dazzle Black. The fingerprint sensor has been shifted from the back to the side of the device, which the company promises faster unlock under 0.2s. 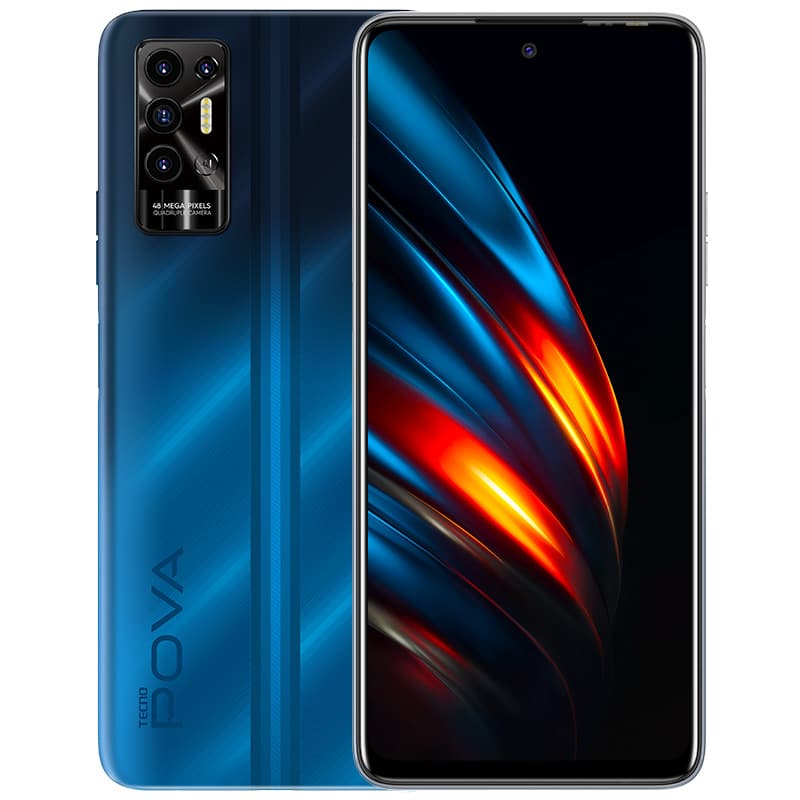 Surprisingly, it is quite slim at 9.62mm thick and weighs lighter at 185g. TECNO POVA is written at the one-side of the rear panel, which was absent from the original POVA Smartphone.

On the front, the POVA 2 sports a 6.9-inch with a Dot-in display, up to 480 nits brightness, and HD+ 1080pixels screen resolution. It comes with a 180Hz touch sampling rate and a better screen refresh rate for better scrolling.

The POVA sports a 16-megapixels main camera and others are identical. While the Dot-in display houses the single 8-megapixels front-facing camera with an f/2.0 lens and still features a dual-LED flash.

The connectivity options include Dual 4G VoLTE, Dual SIM, Wi-Fi 802.11 ac, Bluetooth 5, and GPS. The new handset runs HiOS 7.6 based on Android 11 OS out of the box. It arrives with a 3.5mm headphone jack and FM radio built-in.

TECNO POVO 2 is powered by an Octa-Core MediaTek Helio G85 12nm processor with its Cortex-A75 and Cortex-A55 CPUs clocks at a 2GHz processor count. It is coupled with up to 1000MHz ARM Mali-G52 2EEMC2 GPU.

This is totally different from the POVA, which was powered by MediaTek Helio G80 chipsets and the memory configuration remains the same. It still uses LPDDR4x RAM.

Finally, the POVA 2 sports a 7000mAh battery with 18W fast charging through a USB Type-C connector, which is slightly bigger than the POVA’s 6000mAh battery. Among other things, the chipset and processor are the phone’s major upgrade.

The TECNO POVA 2 6GB + 128GB version goes for 7,990 Philippine pesos ($167) and will be available to order in the Philippines from June 5th. The base model pricing is yet unknown. The phone may become available in other countries.