Tecno Pouvoir 2 Android Smartphone has been announced and it looks more spectacular in design. The front display is magnificent, the company exercised patience by introducing one of their best mid-ranger phone with a flagship design.

From all shades of truth, you would notice that Tecno is kind of shifting the introduction of ‘Power series’ from the L-family to the Pouvoir series. Last year, we had the L9 and L9 plus with 5000mAh battery capacity but this year, we have the Pouvoir 1 with 5000mAh. 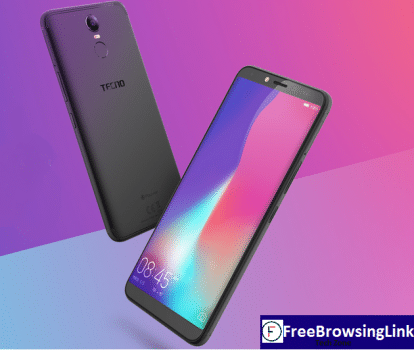 Unlike the Pouvoir 1 with huge bezels around the screen and at the top and bottom but the Tecno Pouvoir 2 features a slimmer bezels on those sides and its still houses the front facing camera, selfie flash, receiver and there is the on screen navigation buttons.

The phone features a tall 6-inch display screen with a HD+ IPS LCD capacitive touchscreen. Although, the phone still comes with the 720 x 1440 pixels but the company assures a high in-depth contrast for a perfect image view. Meanwhile, the phone comes with a 269 PPI with a 76.3% screen-to-body ratio.

The design on the phone is impeccable for such device. Tecno did a pretty good job by providing a comfortable hand grip and hiding most of the antenna lines. It comes in a plastic design and it is sleek and thin.

The phone comes with a fingerprint sensor scanner on the back, which is located under the back rear camera lens. The phone is available in Midnight Black, Champagne Gold and due to the collaboration with Manchester City, the phone arrives in sparkling City Blue color.

The handset comes with a good camera quality on the front and back camera. On the front snapper, there is the 8-megapixels with flash, it is used to take polished images and providing the best bright pictures for your social media account.

The front selfie shooter has been enhanced with Portrait Bokeh to take cool photos. This allows the camera to differentiate the subject from the background and it automatically blurs out the rest background, as seen on the Tecno Camon X review.

The phone comes with Face ID Unlock, not as powerful like the iPhone X. But the facial recognition does a great job of protecting and securing your phone from predators and it accompanied with the fingerprint sensor scanner.

On the back, the phone comes with a 13-megapixels with Dual Flash. There is the HDR auto feature. Tecno pointed out that the phone can take perfect shot even in low light. It sports a 4G LTE, 2G GSM, 3G WCDMA, GPS, WiFi, BT, OTG network and connectivity.

The device is powered by a MediaTek 1.3 GHz Quad-Core coupled with a 2GB of RAM. Although, the processor is that of low-end but the phone is still able to take on numerous tasks and providing you the best processor performance and multitasking. The phone runs on Android 8.1 Oreo.

Meanwhile, it comes with 16GB of internal storage, like it predecessor and there is an expandable micro sd card slot for more storage options. The phone comes with a 5000mAh battery capacity with TECNO’s latest smart power saving technology.

And they promises, it can lasts up to 4 days and you can play games for 24 hours or watch videos for 30 hours on a single charge. 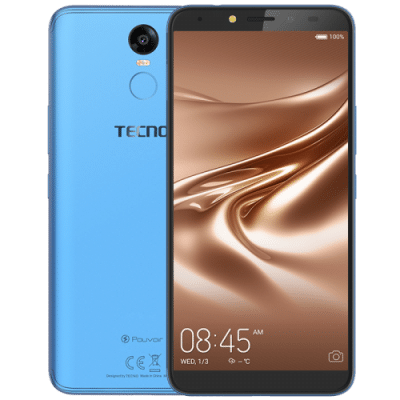 The phone is priced within the range of N25k – N35k. You will love the outcome of the Tecno Pouvoir’s! Everything is definitely available. 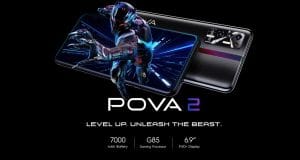 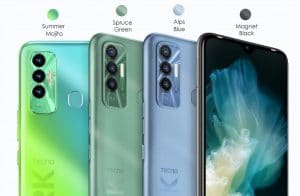 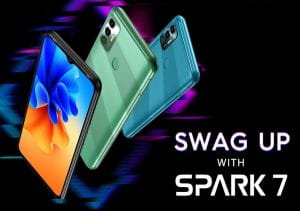