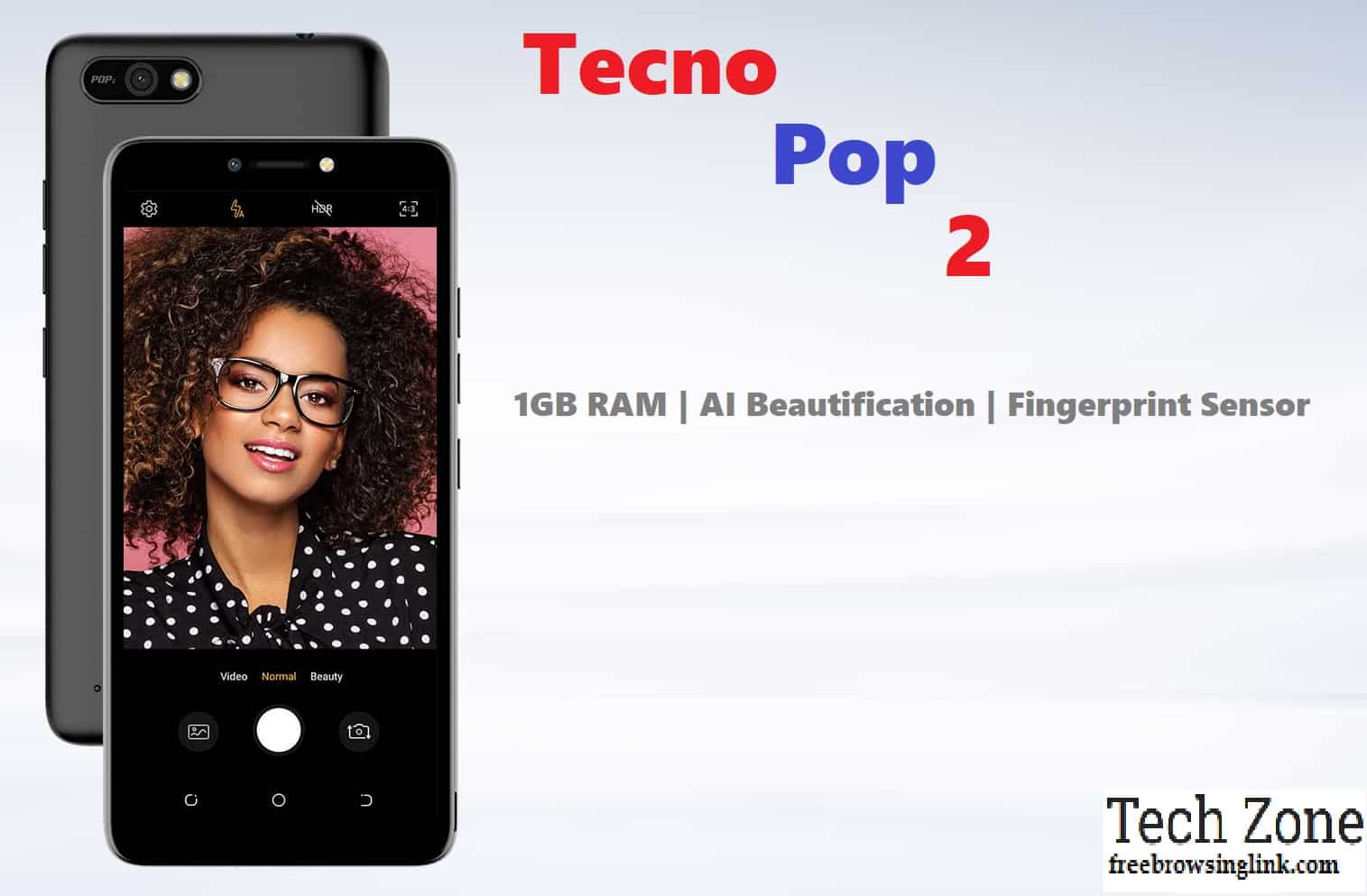 It among the best Tecno phones from the company. The Tecno Pop is a mid-range Smartphone with the coolest design, and impeccable display.

Today, we will learn more about the Tecno Pop 2 Smartphone, the specifications, features, design, pricing and availability. 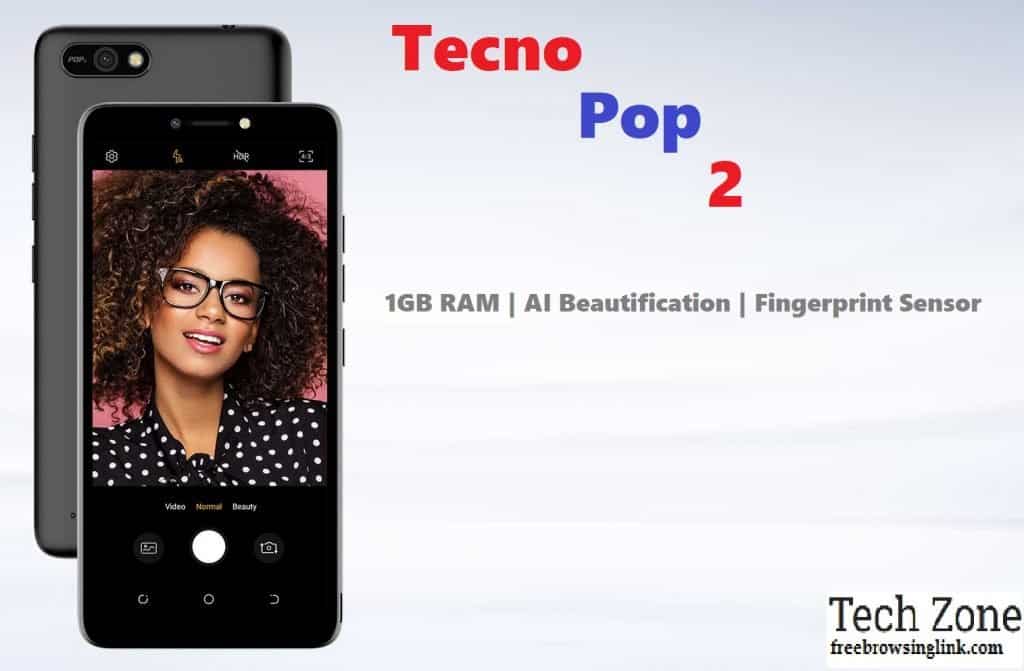 The Tecno Pop 2 is the official successor to the Tecno Pop 1, which is also known as Tecno F3. And the handset was launched in Bangladesh.

It boast of a regular Full Screen display, but the company is calling it ‘Bigger View’ While introducing the trending 18:9 aspect ratio.

The corners of the handset are a little bit rounded, which brings in that premium feeling. The Ultra-Slim design is portable, along with the 9.35 thickness.

However, the phone is available in Champagne Gold, Midnight Black , City Blue color options, and it lacks a fingerprint sensor scanner at the back.

It arrives with a considerable single camera the back, and front. At the front, you are greeted with a 8-megapixels front camera with flash and AI beautification.

While at the back, the phone sports a 5-megapixels rear Camera with dual flash, which is unlike the selfie snapper with a single flash.

The company boasts that the Tecno Pop 2 will be comfortable in taking crystal clear shots in low light photography. It comes with GSM, WCDMA, EDGE, GPRS, WiFi and Bluetooth v4.2.

The Tecno Pop 2 is powered by a unknown MediaTek SoC but it clocks at 1.3 GHz Quad-Core processor, with an unnamed GPU for graphic performance.

For your storage, the Smartphone comes with a large 8GB of internal storage, which is expandable up to 32GB via micro SD card. You can store more files, and document.

However, the phone features a 1GB of RAM for multitasking. This isn’t bad, all thanks to the Android 8.1 (Go edition), with the company HiOS 3.3 on top.

Under the hood, the Smartphone is fueled by a 2400mAh battery capacity, this isn’t different from the predecessor. The Tecno Pop 2 is priced under $100!