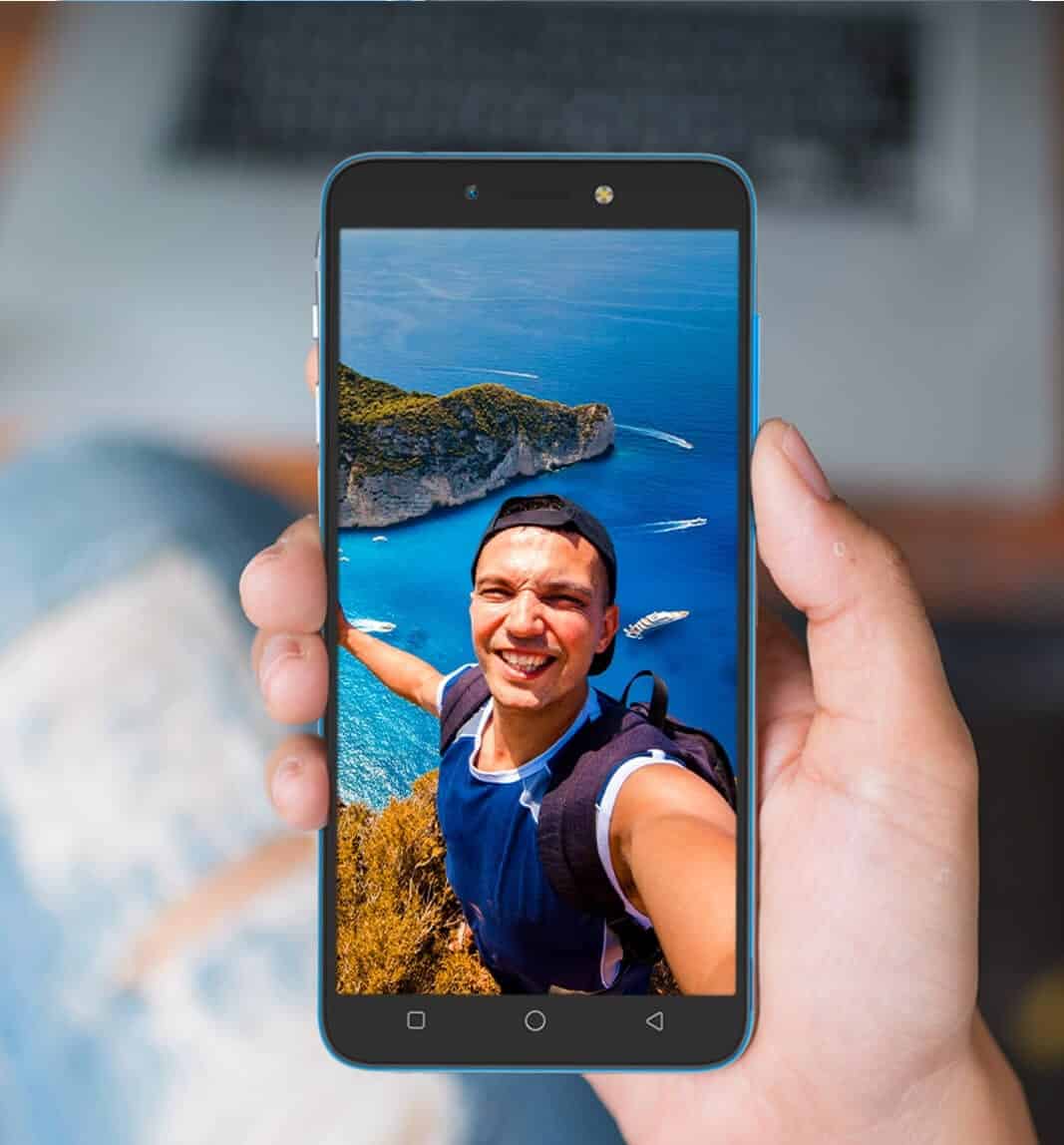 The Tecno Pop 1 is one of the finest budgeted Android Smartphones from Tecno mobile. It comes with 5.5-inch IPS FullView display, runs on Android 7.0 Nougat, 8GB internal storage, 1GB RAM and powered by 2400mAh battery capacity.

Originally, the Pop 1 is the beginning of the Tecno Pop series, and since then, there have been numerous of such phones in the family. It comes with two cameras.

Meanwhile, in other markets, the company announced the Tecno Pop 1 as Tecno F3. Therefore, bringing the same specifications, features and design to the table.

Of course, the Pop 1 is definitely not a high end Smartphone, which actually means that the price will not slice huge amount out of your pocket. It is price-friendly.

With the extensive screen display on the Smartphone, you will be marveled and astonished. Although, the company announced the Smartphone in the Asia country, but you can buy right now in almost all the country.

The Tecno Pop 1 Smartphone comes with a plastic design at the back of the mobile phone, which looks amazing and quite impressive. Bringing the quaint design to reality.

Every phone physical components lies at its respective parts, there is the power and volume button at the right 3.side of the phone, while the 3.5mm audio jack stays at the top.

While under of the phone sits all other phone features. Back of the Tecno Pop 1 is properly designed with a black label at the up front, with a single rear camera with LED flash light.

Of course, the device is quite large, all thanks to the massive design and big screen but fortunately, it is pocket-friendly, and it can be operated with one palm.

The front screen display comes with a physical navigation button, which includes the back, center and menu pop-up navigation. It did not arrive with a fingerprint sensor scanner.

For the color options, the device is available in four options, there is the popular Champagne Gold, Black, Manchester Blue and Bordeaux Red. You can choose your favorite goal macthed with your latest trendy fashion!

The Tecno POP 1 Android Smartphone comes with two camera lens, a single front facing camera sensor and another at the back. The both cameras arrives with amazing camera features.

At the back of the POP 1 handset sits a single 5-megapixels sensor, with dual Flash support. Which allows you to easily take conspicuous shots, even in the dark and low light mode.

Of course, the 5-megapixels rear camera lens, with moderate aperture will never match the latest trendy camera phones category, but being a budgeted device, it can do more.

The front bezels of the display, hosts the light sensor, receiver and a 5-megapixels selfie snapper along with a front flash support. It can definitely beautify your selfies for your social media account.

Moreover, the handset arrives with a built-in FM antenna, which allows you to receive FM signals directly without plugging an earphone in the jack. The built-in antenna makes it easier than ever to enjoy your favorite radio show.

The Tecno Pop 1 is built around a Mediatek 1.3 GHz Quad-Core Processor, which will definitely poses a good performance to the phone and its battery. Coupled with a desirable GPU, allowing you to play intensive games.

It comes in only one variant, which is the single 8GB of on-board memory gives you plenty of storage to house all your favorite songs, books and movies. And you can as well expand the storage.

Packs a 1GB of RAM for seamless multitasking, and faster switching of apps. It is entry-level Smartphone, thereby, you are to be cautious about app load.

The mobile handset power house is back by a 2400mAh battery capacity, which the company did not state if there is flash charging or not. It will definitely last an hour plus longer on a full charge.

For the OS, it runs on Android Nougat operating system out of the box, with the company’s skin on top. Of course, the Android Nougat comes with quicker launch, and split-screen mode.

You can purchase the Tecno Pop 1 Smartphone right now at ₦30,000 price tag. You can get it in almost all the company’s country presence, including African, and Asia.

Some of this countries includes Nigeria, Bangladesh, Kenya, Ghana, UAE, China, and others. The Tecno Pop 1 might not be too price friendly, but will definitely embrace the affordable range.

If you are actually looking for the best Tecno phone under N30,000, then the Tecno Pop 1 should be on your list. As it comes with good specs, portable design, friendly and good looking!