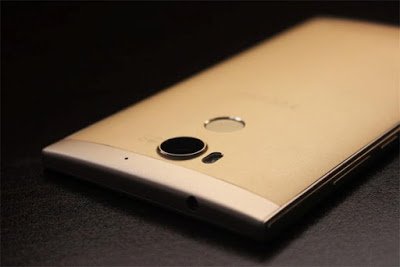 Tecno Mobile is a Chinese mobile phone manufacturer which is based in Hong Kong. It was established in 2006. It is a subsidiary of Transsion Holdings. This is the top 10 list of Tecno phones with Fingerprint sensor.

Tecno mobile is one of the fastest growing brand, having launched different phones under under low-end, middle-range and high-end, that all arrives with impressive specs and features.

Fingerprint Sensor (Scanner) is gradually taking over the Smartphone industry and it has been featuring in various Android Smartphone but definitely, Tecno is one of the best among them. The sensor arrives either on front physical button or rear (back) under the camera pixels.

Tecno has promised to make fingerprints sensor, more faster when detecting and unlocking meanwhile, on other Smartphone, it usually takes more times, few more seconds or minutes before the sensor reads the fingerprint to unlock.

Today, we will be listing out the top 10 Tecno Android Smartphone with Fingerprint Sensor. All ranging from low-end to middle-range to high-end specifications.

When we all thought that, Tecno would be launching the Phantom 7 and Phantom 7 Plus, which was supposed to be the successor to the Phantom 6, Tecno changed it around and jumped to Phantom 8 with exclusive specifications and features.

Introducing to you once more is the new Tecno Phantom 8! Tecno really did a lot of work to bring light into their latest device. Especially at the camera aspect.

Comes with virtually, almost all the lovely colors you can think about, Galaxy Blue, Champagne Gold, Black! Under it hood, we have amazing RAM, Internal Storage system but the same Memory or Sim selection.

One thing concerning this Spark Series is its different and appealing design with resemblance to Apple iPhone series. It is quite obnoxious of someone to say that Tecno Spark series design isn’t making sense. Personally me, love the Spark series.

And of course, the Spark PRO isn’t exempted from the spectacular design. Arrives with fast fingerprint sensor scanner at the back.

The Tecno Phantom 6 Plus is among the top Android Smartphones. This is Tecno 2016 Flagship with impressive specifications and features.

With its Slim Metal design and selfie camera with flash, the Phantom 6 Plus is a bomb. On the Tecno Phantom 6 Plus, you have high performance, crystal clear camera, run different apps, Android OS and many others and not excluding the Fingerprint Scanner. 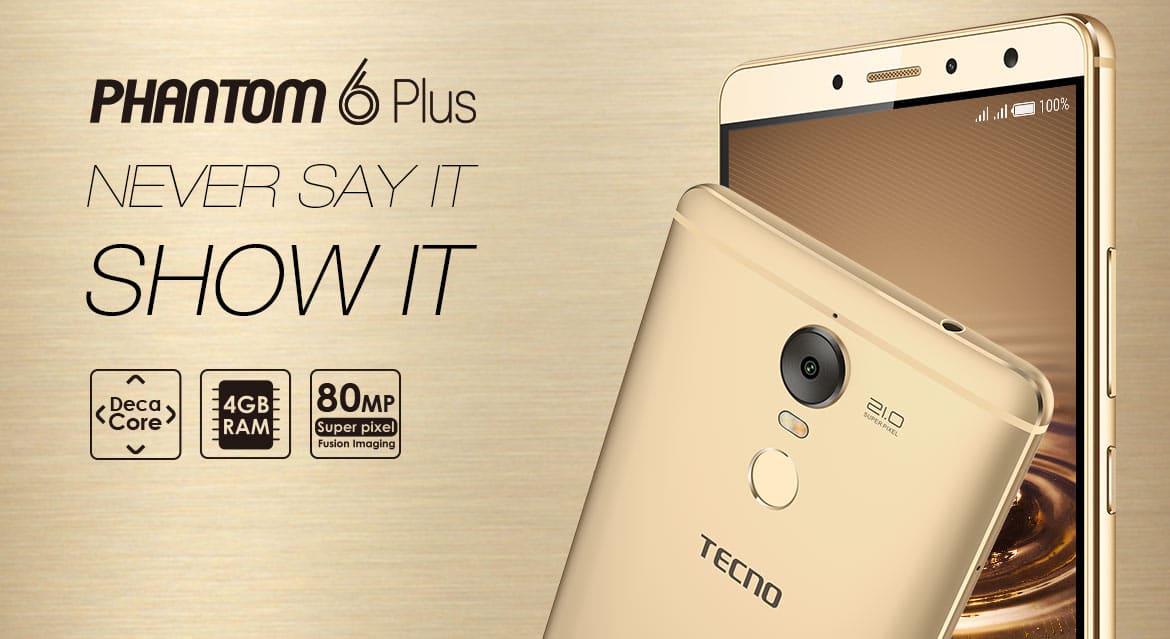 The Tecno Camon CX arrives with a stunning camera pixels, as it is right now, the camon series are Selfies Phones from Tecno Mobile. History has been made with them especially after the C8 to the C9 and C7!

It features exclusively 16MP Front Camera with Dual Flash and 16MP AF Back Camera with Ring Flash, with this device, you will never stop taking amazing photos. The fingerprint sensor on the Tecno Camon CX is really fast,a although they were secured compared to other securities. 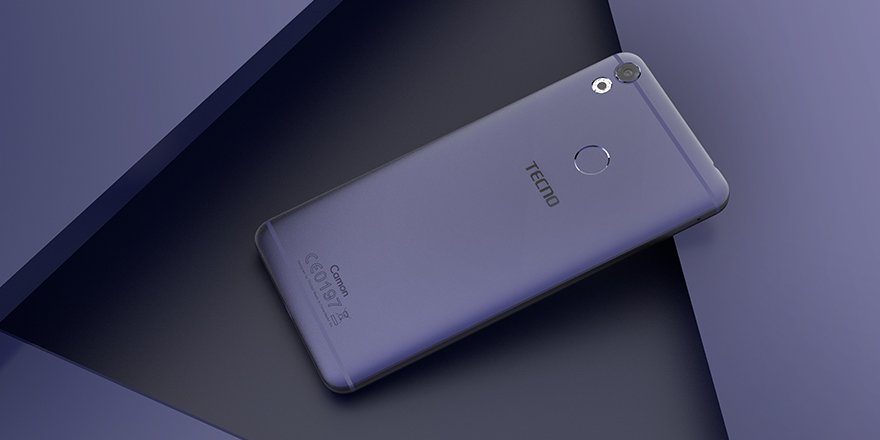 After a month of using the Tecno L9 Plus, there and then, I discovered that Tecno Mobile were really good at launching a portable and durable Android Smartphone with big battery life that can lasts up to 2days plus.

One thing that got people talking is that, the Tecno L9 Plus features Fingerprint Scanner! And it is more durable than its predecessor, Tecno L8 Plus and currently the best within the L-series. 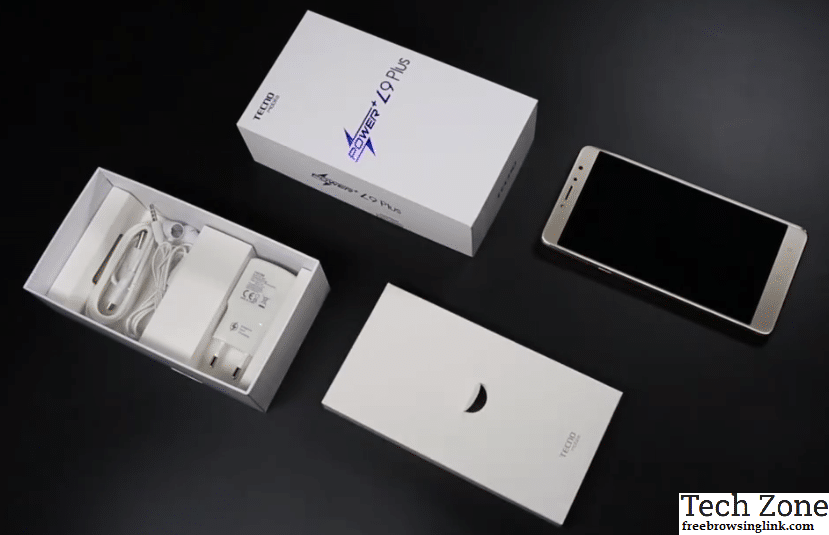 The Tecno WX3F-LTE is the first phone on the WX3 platform or series to feature fingerprint scanner anyways. While, the Tecno WX3 P (Pro) arrived with a huge 5000mAh battery capacity.

Featuring the true color of design with its Elegant design. The RAM and Camera are all the same on the WX3 Line. Below are the impressive specifications. 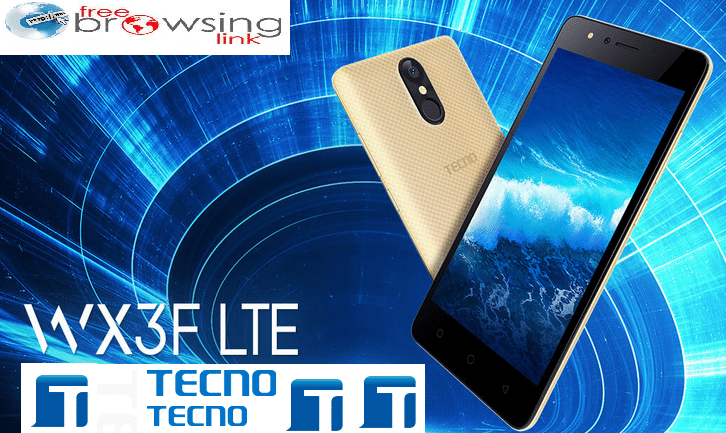 During the launching, Tecno Lin Qin, Vice president, Transsion Holding says,
“Camon i will play a vital role in bolstering TECNO’s India growth story. With Camon series in our portfolio, we are certain that TECNO will soon make it to the Top 5 smartphone brands in India market,”

The new Tecno Camon I arrives with almost-similar specs, features and design with the Camon CM. And also, its comes with the new 18:9 Display, which the company has adopted. Now, lets take a look at the specifications. 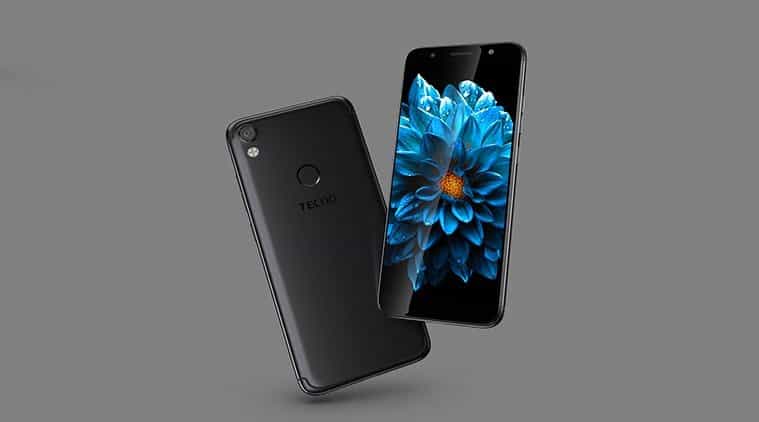 Tecno Mobile has finally launched the long awaited Camon CM! A new baby has been added to the popular Camon Series of Android Smartphone.

The Phantom 5 supports external memory storage of up to 64GB. This device runs on Android 5.1 Lollipop. The Back camera is 13MP while the front comes with 8MP camera that can take pictures of up to 3264 x 2448-pixel pictures. Perfect for your selfies and video calls.

Tecno Phantom 5 comes with 5.5 inches display and arrives with 4G LTE network. The Phantom 5 is powered by a 1.5GHz octa-core Mediatek processor , which combines well with 3GB RAM to deliver fast performance. 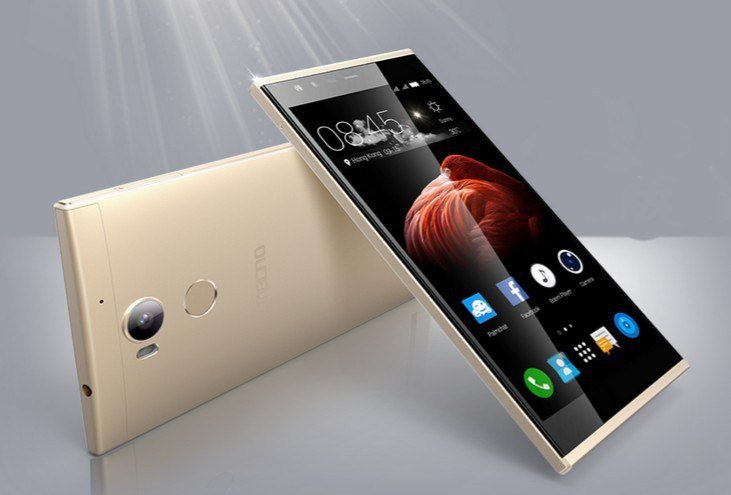 After the launch of the Tecno Camon CX, Tecno in long term agreement with Manchester City launched the Limited Edition of the Camon CX with different specs on paper.

When comparing both of the Camon CX, you’d discover that, the price differs from each other and it arrives with faster fingerprint sensor, high performance, more clearer screen color. 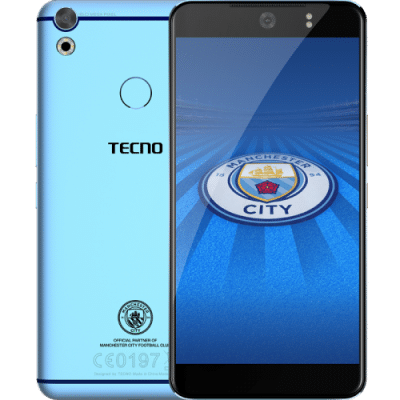 These are the top 10 Tecno Android Smartphones with Fingerprint sensor scanner for unlocking your phones, it is also faster compared to other securities measures and also used to take selfies too. Most of the prices are all affordable!