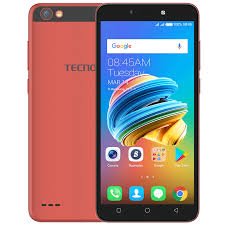 The newly announced Tecno F3 Pro (POP 1 Pro) is the latest Android Smartphone to feature low-end specs with spectacular beauty. The phone looks magnificent on plastic design. You probably might not like the specs on paper!

During the 2018 Global Spring launch, Tecno unveiled a bunch of Android Smartphones including the Camon X and Camon X Pro and they also unveiled the Tecno F1 which runs on Android Go Edition, F2, POP 1 (F3) and this is the souped-up version of the Tecno F3!

The silently introduced F3 Pro comes with the same design as seen on the POP 1 but there is little difference with much similarities. You might be wondering what are the differences; 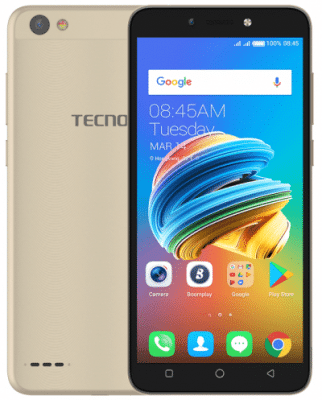 How Much is the Tecno F3 Pro (Price)

The Tecno F3 Pro is one of the best Smartphones to be categorized under the 30k price.

The Pop 1 Pro packs the same plastic design as the POP 1. The 5.5-inch FWVGA IPS capacitive touchscreen size with low 960 x 480 screen resolution pixels is indifferent, as expected, it is not sharp nor bright.

It comes with Full View but not as seen on other mid-range phones with almost 85%, that is compromised to meet the phone markets price. Yes, there is no Fingerprint sensor scanner as popularly seen on the back of Tecno phones.

On the front, it packs the front selfie camera with LED flash, receiver while on the back, you have got the camera lens with the company logo boldly written on the back! Available in Champagne Gold, Red and Elegant Black and arrives with 151.5 x 71.9 x 8.5mm dimension!

The phone features a 5-megapixels front selfie shooter, this takes impeccable photos while on the back, the POP 1 Pro sports a 13-megapixels back camera with dual-LED flash lights, provides more colors and light to brighten your photos. That is a head over the POP 1 with back 5mega-pixels camera!

The phone is powered by a 1.3GHz Quad-core with MediaTek chipset running on the background with Mali graphic processor coupled with 1GB of RAM to enhance multitasking and this keep the phone at a distinct level above other low-end Smartphones.

The F3 Pro packs a 16GB of internal storage space, which is an upgrade from the 8GB on F3 but can also be expanded up to 32GB via Micro SD card slot. With such storage options, you can store wide-range of apps, games, movies and musics.

On the battery capacity, the phone is fueled by a 2400mAh battery capacity. This is capable of keeping your phone awake for few hours. As available in F3 Pro! It runs on Android 7.0 Nougat.

Where to Buy Mobile Phones

In Nigeria, Kenya, India, Ghana and other countries, you can get any mobile phones via authorized offline or online stores and it is in stock on perspective stores in various countries.

In Kenya: You can get the Mobile phones at Gearbest, Jumia, Konga, Phone Place Kenya, Kilimall & Phones & Tablets Kenya.