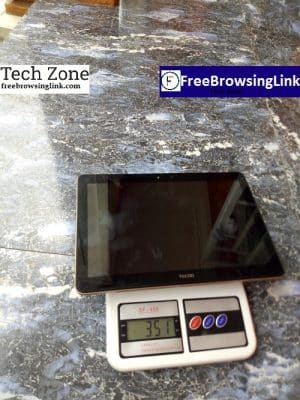 The latest and trending Tecno Droipad 10D with 10.1″ screen size display, will definitely help you to do more wonders, watch amazing videos with in-depth quality and playing games is something else.

Well, almost N60k price tag for a Tecno tablet device is a little bit high but the TECNO DroidPad 10D is game changer. The 2GB RAM and MT8735B 64 bit running at 1.1GHz Quad-core processor is equal to the task of providing a resounding performance and multitasking.

Having a huge and tall 10.1″ screen inches, with 3G and 4G LTE network, runs on Android 7.0 Nougat, good camera and many others, doesn’t really matter, when there is no massive and gigantic 7000mAh battery capacity to keep it powered on for days.

How much is the Tecno Droipad 10D