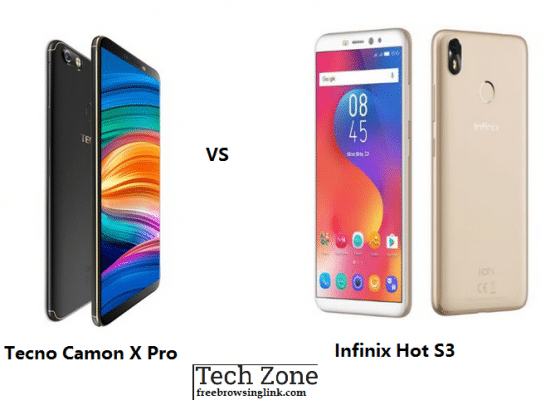 For remembrance and staying up-to-date, the Camon X Pro wasn’t the first 18:9 aspect ration phone from Tecno, we already had the Camon I and Camon I Air, which were officially launched in India and then Camon CM, Camon X and the latest to be added is the Camon X Pro!

Basically, this is the first time, the company added more than one Camon series in a year and we aren’t sure, if they will still launch more of the phone sooner or later! The first camon series with 18:9 aspect ratio is quite intrusive and they all arrives with humdrum specs and features!

While the Infinix Hot S3 is the company’s first Android Smartphone to come with 18:9 aspect ration but the screen resolution is very poor when compared with Camon X Pro. Lets see the differences and similarities;

Which of the above phones are you going for?