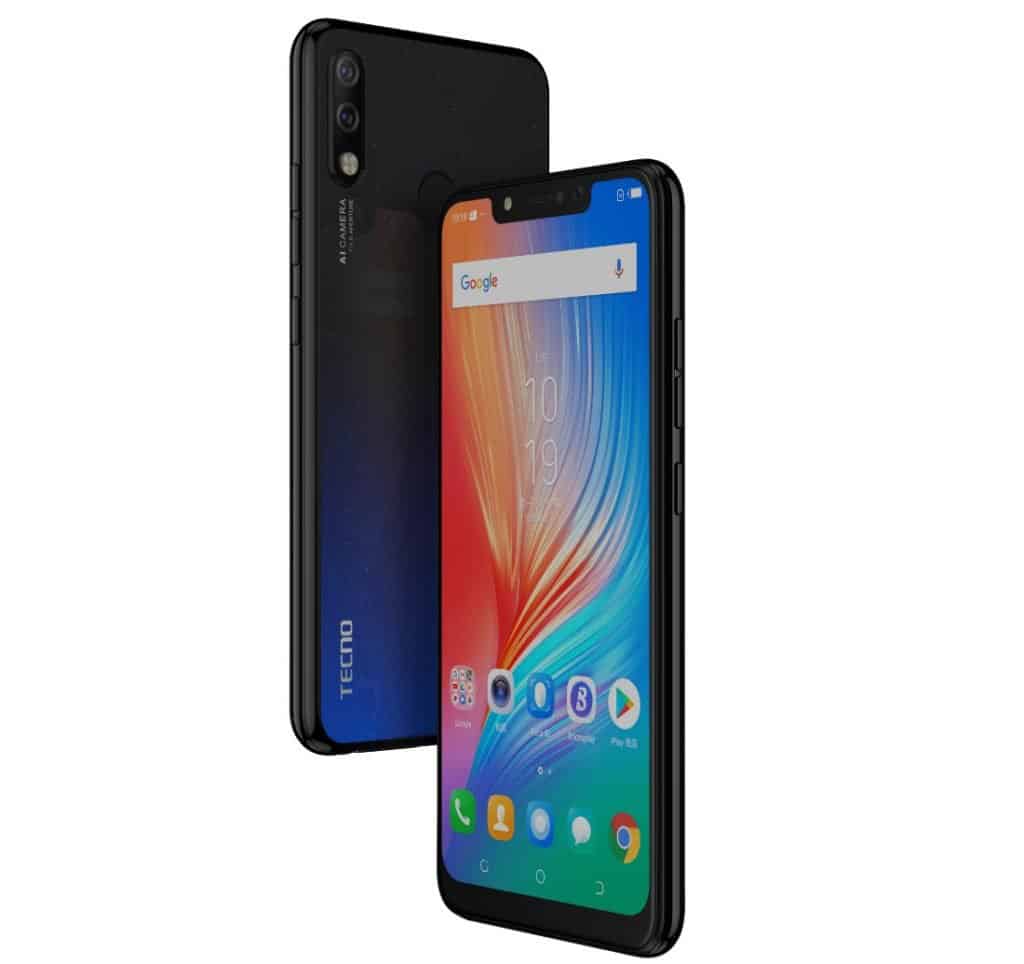 The mobile phone was launched in India, and it is coming straight after the already launched Infinix Hot 7 Smartphone. The phone is also powered by a MediaTek Helio A22.

Tecno Camon iSky 3 Smartphone is the direct successor to the Camon iAir2 Plus mobile handset. And they have so many things in common, which are identical.

The design of the Camon iSky 3 is obviously polycarbonate, and there is a trapezoid notch display at the up front of the display.

And it comes with a circular rear-mounted fingerprint sensor scanner, which also includes a dual camera setup at the back. Available in amusing color Midnight black, Aqua blue, Champagne Gold and Nebula black options.

For the camera aspect, the Camon iSky 3 packs a respective dual camera setup at the back, which consists of a 13-megapixel with LED Flash, f/1.8 aperture, and a 2-megapixels secondary camera.

While the notch display houses a single 8-megapixels camera with f/2.0 aperture, for selfies. And it boasts of 6-level AI beauty that scans up to 228 facial points for more real selfies.

It comes with handful of network and connectivity, which includes dual 4G VoLTE, Wi-Fi 802.11 b/g/n, Bluetooth 4.2, GPS + GLONASS and much more.

The mobile phone is powered by a MediaTek Helio A22 12nm processor, clocked at 2GHz Quad-core processor with IMG PowerVR GE-class GPU.

It is available in one single variant, it is the 2GB of RAM and 32GB internal storage, which is expandable memory up to 256GB with microSD.

And the Smartphone runs on the Android 9.0 (Pie) with HiOS 4.6 on top. And it is fueled by a moderate 3500mAh battery capacity.

The handset is priced at RS.8599, USD $126, which is around N50,000 in Nigerian currency. Tecno mobile has not said anything about the official launch, and where to purchase from countries stores.