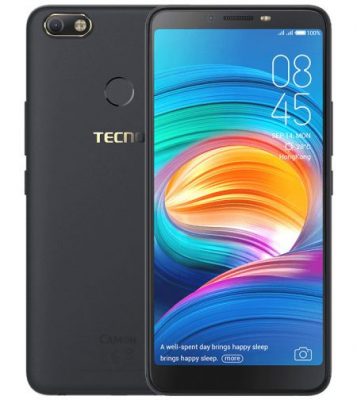 One impressive feature on the new Tecno Camon IClick device handset is the bright 20-megapixel selfie shooter like the Camon X but this time around, it is AI-powered.

Tecno announced this Smartphone exactly yesterday, this comes after few weeks of introducing the Camon X and Camon X Pro to the Nigerian market. They both have few striking resemblance especially on the front and back design 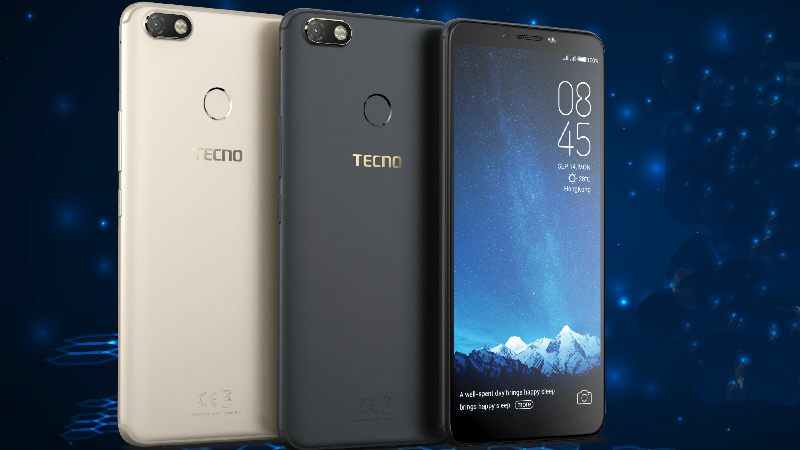 There is the combination of plastic and0 metal design, giving it a finishing touch of aesthetic approval. And the phone is available in Midnight Black and Champagne Gold color options.

On the back, there is the protruded camera bump with the ring flash and circular fingerprint sensor scanner under the camera lens. The company’s logo boldly sits on the back arena. It measures 7.8mm in thickness and weighs 158g.

You have the huge tall 6′ inches Full-View display, 18:9 aspect ratio and with a screen resolution of 720 x 1440 pixels and 82.9% screen-to-body. If it tastes like the Camon X, then the display contrast would be shiny and bright, showing you every single color lightening on each words, graphics and many more.

There is a comparable bezels on the top and bottom of the phone. Tecno did a delicate work of art on the bezels or borders of the Camon I Click Smartphone. For a mid-ranger, it looks more slimmer allowing a more wider view on the screen display.

It is not the first Smartphone to arrive with this feature but the Camon I Click is the company’s first Android device to be powered by AI (Artificial intelligent) and yep, that is among the top advantage it has over the Camon X.

From all aspect, the Camon I Click is a selfie-centric smartphone. With the 20-megapixels and dual flashlight, you can take flawless and spotless selfies, then the AI beauty, AI Bokeh, AI soft flashlight and AI Auto Scene Recognition does the rest awesome work of photography.

Other features includes HDR, panorama and different filters to choose from. Unlike the new trend of other Chinese and Indian companies, like Vivo Z1, that ditches the fingerprint sensor and provides only Facial recognition as it only other form of security from other traditional ones. The Tecno Camon IClick arrives with both; Face ID Unlock and Fingerprint sensor scanner on the back.

The Face Unlock can only be unlocked with the owners 255 facial feature, that is incredibly for a mid-ranger. It is enhanced with a 16-megapixel camera with f/1.8 aperture and with the Super pixel feature, acts almost like bokeh effect.

In the likes of others, Tecno is bringing the same processor found on the Camon X. Powered by a MediaTek Helio P23 (MTK6763) 2.0GHz Octa-core processor and GPU of Mali-G71 MP2, the phone processor performance would be uncanny.

Comes with a 4GB of RAM and a 64GB of internal storage, multitasking is not an issue at all. And yes, you will have seamless performance on switching of apps.

Everything is fueled by a 3750 mAH. Tecno Camon IClick runs on the company’s custom HiOS based on Android 8.1 Oreo.

The handset is priced at Rs 13,999 and is available across 35,000 retail outlets in the country. It also comes with 100 days of replacement warranty and one-time screen replacement.