Another latest mobile phone from Tecno is the Camon iAce 2X Android Smartphone, which was launched with 3GB RAM, 32GB storage, with an 18:9 aspect ratio. 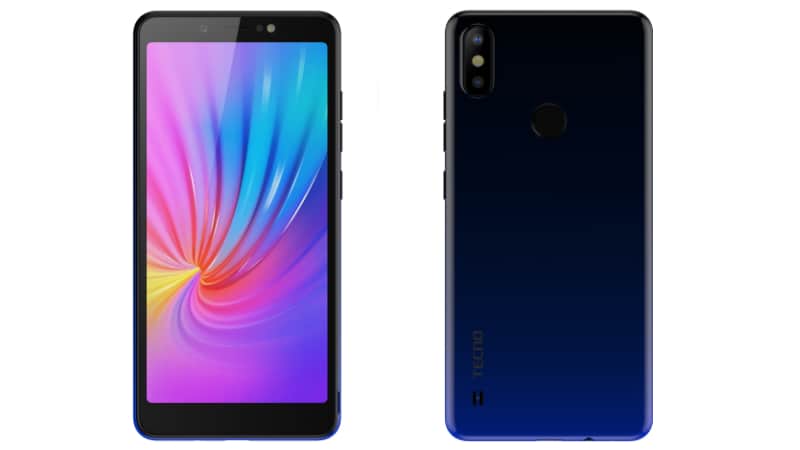 The mobile handset arrives with a colorful design, that is intriguing and quite amazing. You can find the rounded corners, slim and thin bezels.

It comes with a mid-range screen resolution of 720 x 1440 pixels, which is thankfully amazing and boasts of a 80.5 percent screen-to-body percentage, and 450 nites of brightness.

Unlike the Camon iAce 2, it packs a fingerprint sensor scanner at the back, and comes in Midnight black, Champagne Gold and Nebula black, featuring a new Gradient colour.

Both the Camon iAce 2 and iAce 2X packs the same camera features, and specs. But you can find a single front facing camera and a dual rear camera setup.

While at the back, you can find the 13-megapixel primary sensor along with an f/1.8 lens and a VGA secondary sensor. The camera setup supports Night algorithm 2.0 and is accompanied by an LED flash.

It also arrives with AI beauty algorithm that scans up to 228 facial points and an AI Bokeh model to blur the background to highlight the subject in a frame.

The phone is powered by the same MediaTek Helio A22 (MT6761) SoC, running on a 2.0GHz Quad-core processor. Which still delivers amazing phone performance.

It arrives with a 3GB RAM for seamless multitasking, and quick switching of applications. It is slightly bigger than the Camon iAce 2 2GB RAM.

Features a 32GB of internal storage options, which is expandable up to 128GB storage via microSD card slot. Allowing you to save all your files.

It runs on Android 8.1 Oreo out of the box with the company’s HiOS 4.1 on top. And it pack a 3,050mAh battery capacity to keep the house powered on.

The Tecno Camon iAce2x 3GB + 32GB is priced at Rs 7599, and will be available for sale starting from today across more than 35000+ retail outlets PAN India.

As usual, the company is also offering the Tecno 111 under which users will get 1-time screen replacement in one year, 100 days’ free replacement, and 1-month extended warranty.