On Wednesday, Tecno unveiled the Camon iAce 2X and Camon iAce 2 Android Smartphone, that are powered by a quad-core MediaTek Helio A22 (MT6761) SoC processor.

Anyways, the Tecno iAce 2 Android Smartphone, and it turns out to be the direct successor to the Camon iAce mobile handset, that was launched August, last year.

Tecno is looking forward to expand its Camon series to a very amusing stage, and that might as well work wonders for them. 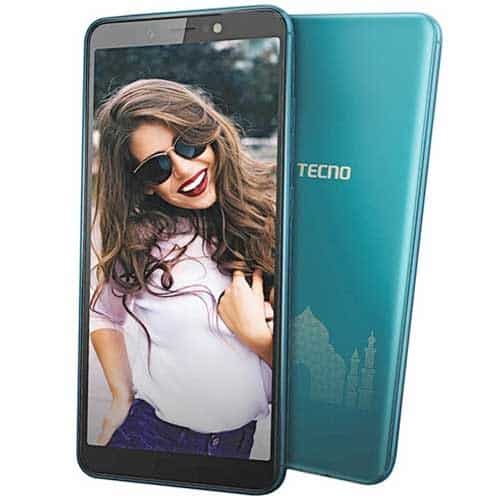 The Tecno Camon iAce 2 Smartphone arrives with slimmer bezels at the top, and there is the bottom chin. Anyways, it is just a simple mid-range handset.

It was officially launched in India, and you can notice the average specs and features on its body. It arrives with 5.5-inch HD+ (720×1440 pixels) Full View Display and 450 nites of brightness.

You can’t find the fingerprint sensor at the front neither at the back, but available in Champagne Gold, Midnight Black, and City Blue colour options.

The Tecno Camon iAce 2 Smartphone packs a single camera sensor at the front, and a dual camera setup at the front. Which can take sharp photo shot.

At the front, you can find the 8-megapixel sensor with an f/2.0 lens and a soft LED flash. The front facing camera is also enhanced with AI Face Lock feature.

You can also find a dual rear camera setup, which consists of 13-megapixel primary sensor along with an f/1.8 lens and a VGA secondary sensor.

Fortunately, the back cameras supports Night algorithm 2.0 and an LED flash to deliver amusing shots. Both the back and front cameras are boosted with AI feature enhancement.

Apart from the cameras, the handset comes with the regular network and connectivity features such as: 4G VoLTE, Wi-Fi 802.11 b/g/n, Bluetooth v5.0, GPS/ A-GPS, Micro-USB, and a 3.5mm headphone jack.

The Tecno Camon iAce 2 is powered by a 2.0GHz Helio A22 64bit Quad-core MediaTek (MT6761) SoC processor, which definitely enhances the performance of the phone.

Strolling down a bit, you can find the phone in one single variant, 3GB RAM options. With such RAM options, there will be seamless switching of app.

While on the memory storage aspect, the phone comes with a 32GB of onboard storage that is expandable up to 128GB via a dedicated microSD card.

For the operating system aspect, the phone runs on the former quaint Android 8.1 Oreo with HiOS 4.1 on top. It is also fueled by a 3,050mAh battery capacity.

Anyways, the phone is available starting from Wednesday, 13th of February, through more than 35,000 retail outlets across India for Rs. 6,699.

The company has bundled its “111” service with the new models that is aimed to offer one-time screen replacement, 100-day free replacement, and one-month extended warranty.