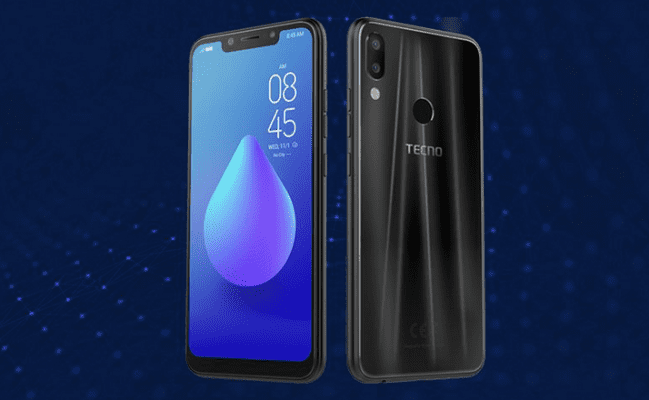 Tecno mobile adds another baby to their Camon family series, this is the Tecno Camon i2. It is the latest and among the company first mobile phones to arrive with a notch display, housing the selfie camera, receiver and light ambient sensor.

The Tecno Camon i2 Smartphone comes with bottom chin, and the borders surrounding the screen is surprisingly minimal and smaller. After a year plus of iPhone X, Tecno mobile finds it interesting to bring a notched phone into their markets, well, for users who couldn’t wait, they have been a bunch of phones out there with similar screen design. 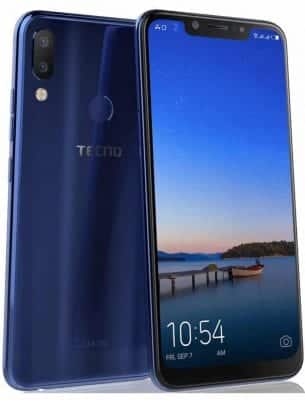 Alongside with the Camon i2, Tecno mobile also launched the Camon iAIR 2+, and the Camon i2x. The new range of Camon AI Smartphones are designed to give you an immersive viewing experience right in the palm of your hand.

The Tecno Camon i2 comes with a sharp and bright 720pixels screen resolution in its 6.2-inch HD+ IPS LCD capacitive touchscreen, and features the iPhone X’s notch at the top. The screen is diligently protected by a 2.5D curved glass screen.

Notably, the back design is made of poly-carbonate plastic, like the Note 4. Which allows it to glitter in different colors when shown directly under light. Tecno first take on notch display is definitely not bad!

Camon i2 packs the recent 19:9 aspect ratio, this allows the screen to slightly take over the front side of the device, bringing in a dimensions of 156.6 x 76 x 7.9 mm. The phone is available in black, blue, and champagne colors.

For the camera, the Tecno Camon i2 comes with a dual rear camera of 13-megapixels primary camera lens + 2-megapixels secondary lens. The standard 13-megapixels with f/1.8 aperture while the 2-megapixel has f/2.4 with a quad LED flash. Surprisingly, the rear camera supports Portrait Mode and Bokeh Effect, this is mind blowing.

On the front side, the Camon i2 features a massive 16-megapixels selfie camera with f/2.0, don’t expect a more sophisticated shots via selfie snapper but the phone is bumped with virtually all the AI features, AI Beauty Mode, AI Face ID, AI scene, Portraits mode, etc.

The Tecno Camon i2 is powered by a MediaTek Helio A22 chipset, running at 2.0GHz quad-core processor. It is also optimizes the battery life and extends its to a mere appreciable amount of time. The graphic processor is possibly powerful and higher, which is compared with the recent mid-range phones.

For the multitasking and switching of apps, the handset features a 3GB of RAM, it is reputable but due to the recently-launched heavy apps, our mobile phones needs more RAM and storage. The Camon i2 packs 32GB of internal storage that can be expanded up to 128GB via a microSD card.

However, the Tecno Camon i2 is powered by a 3750mAh Li-Polymer battery, with the processor and artificial intelligent running under the hood, the phone might stay more longer on a single charge. It runs on Android 8.1 Oreo with HiOS 4. Unfortunately, Tecno mobile is lacking behind here, skipping the recent Android 9 Pie might slow things down.

The phone is equipped with fingerprint sensor plus Face ID unlock! The price of the Tecno Camon i2 is Rs. 10,499, which is around N52,000 in Nigeria currency. Anyways, Tecno mobile isn’t planning on making any globally availability of the Smartphone.