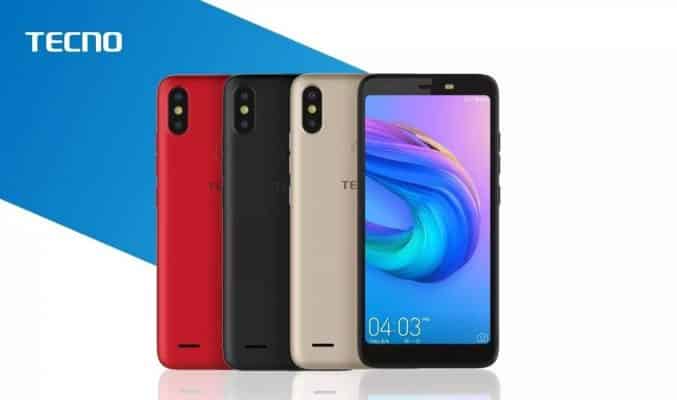 One of the Chinese tech giant, Tecno mobile is slowly gain huge presence in India market with their Camon series. Today, the company unveiled the Tecno Camon I Sky 2 Android powered Smartphone.

The Tecno Camon I Sky 2 is a smooth Smartphone with impeccable design on the front and back, and also, it is the successor to the Camon I Sky mobile phone. Tecno mobile are really doing great with their Camon series.

The Camon I Sky 2 is a spotless Smartphone with few diligent features and specs. The newly announced handset comes with some premium body design and specifications. And also, it looks much more similar to its predecessor.

There is the 5.5″-inch touchscreen display with a resolution of 720 pixels, meanwhile, with the tall screen display, users will be able to watch movies, play games on its wide FullView 18:9 aspect ratio.

And the cameras are enhanced with AI capabilities. Sports a 13-megapixel primary camera on the rear and a 13-megapixel front shooter for selfies. The Tecno Camon I Sky 2 is powered by 1.5GHz quad-core processor along with 2GB of RAM.

For the storage aspect, you have the 16GB of internal storage and thankfully, it can be expanded up to 128GB via a SD card card. The Tecno Camon iSky 2 runs Android 8.1 and is powered by a 3050mAh.

The price of the Tecno Camon I Sky is around Rs 7,499 and will go on sale starting from August 20. Approximately, the handset price is $108 per unit. After all, Tecno mobile targets the India markets with wide-range of affordable Smartphones.