Finally, the wait is over! Tecno Mobile has finally launched the long awaited Camon CM! A new baby has been added to the popular Camon Series of Android Smartphone. Say hello to Tecno Camon CM.

According to the company, it is their first EVER full display Smartphone. Lets take a quick look at the Key features.

The Camon CM comes with a elegant and magnificent design to boost the curved back edges for easy handling. The phone is light-weighted. Pocket friendly! Camon CM comes in three different colours city blue, champagne gold and midnight black.

On the screen, the Camon CMore arrives with a 5.7 near bezel-less design HD+ TouchScreen with its 18:9 Full Display Aspect Ratio. You have nearly the whole screen to yourself.

TECNO Camon CM has Eye care feature, which makes it safe to operate your phone at night. The fingerprint is located beneath the camera pixels at the back.

One of the best selling point is the camera pixels. And it is popularly known that Camon Series are best associated or related to Tecno’s Camera Phones. So the, Camon CM isn’t an exemption.

The Camon CMore comes with front and back (rear) 13MP camera with flash and Quad flash respectively. Tecno Camon CM (CMore) comes with a camera of a wide range of view.

So you can take those amazing selfies, pictures, photos with friends, families and relatives. So, you aren’t wasting your cash on just full view.

On the arrival, the Camon CM features a 2GB of RAM and a 16GB of internal storage. Multitasking and Memory storage can help your phone to sail faster and save more.

Indeed, the 2GB of RAM was a huge turn off fans as they have already began to express their disappointment on Twitter page.

It also comes with a 1.3 GHz Quad Core Processor and runs on Android 7.0 Nougat out of the box that means, we are still looking forward to the first tecno phone to run on Android 8.0 Oreo.

The Camon CM launched with 3000mAh battery capacity. This can keep you going for 1 – 2 days on a one charge.
The Camon CM comes with Fingerprint sensor located the back and other normal day to day securities such as Passwords, Swipe, Pattern, Pin. 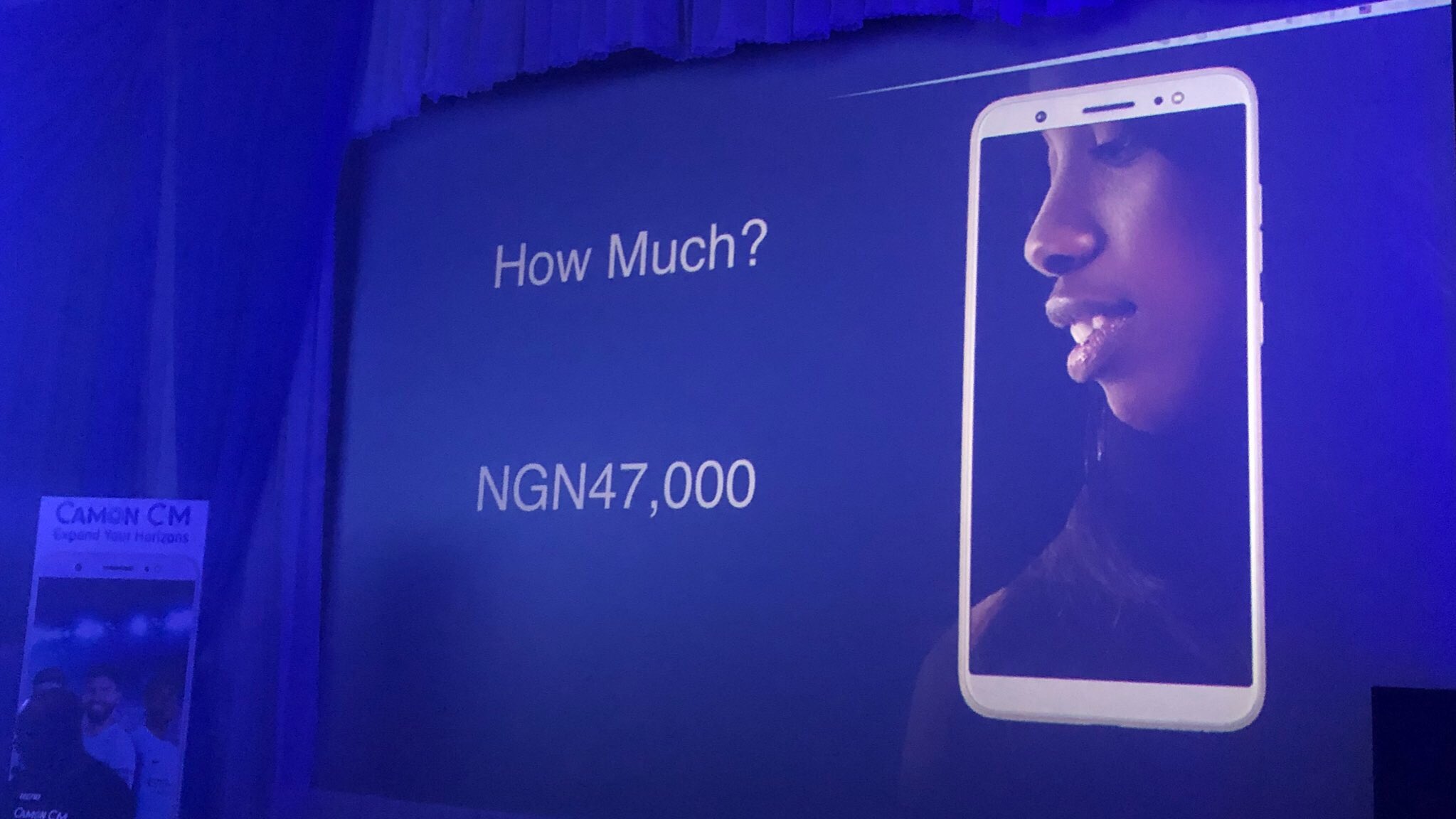 How Much is Camon CM? Availability?

The CM will be on sale exclusively with @3CHUB for the first week. The Tecno Camon Cm can Pre-order from Jan 10-14 for N47,000 and it is exclusive to @3CHUB. 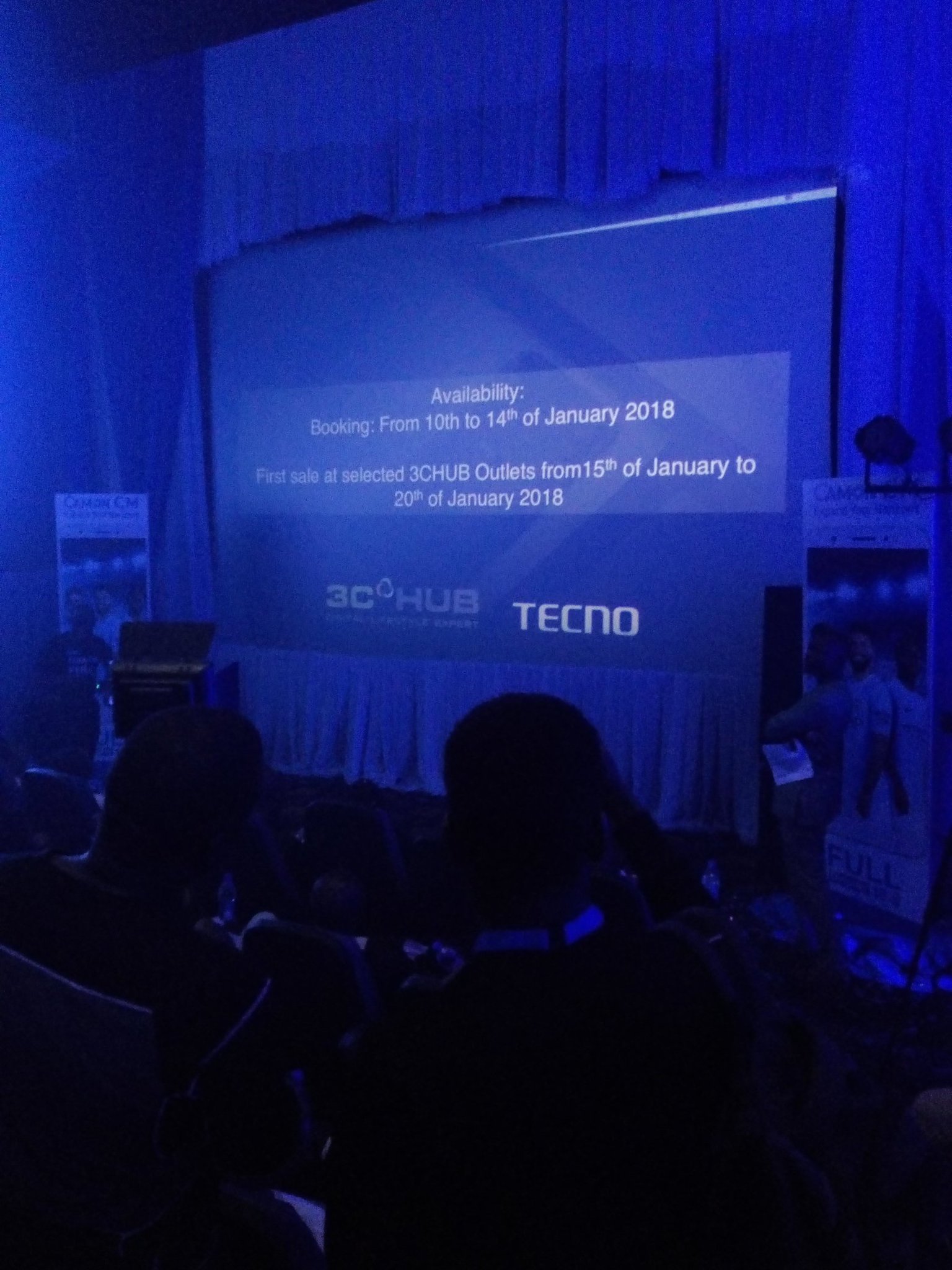 Photos Taken during the Launch 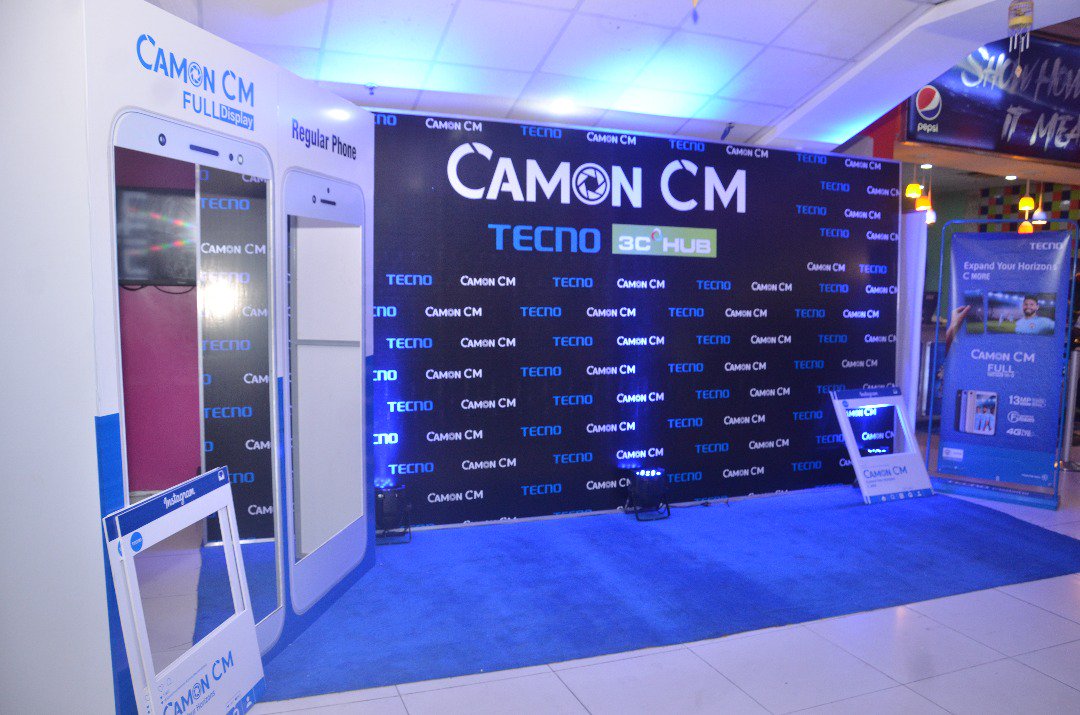 The Girls were also there. 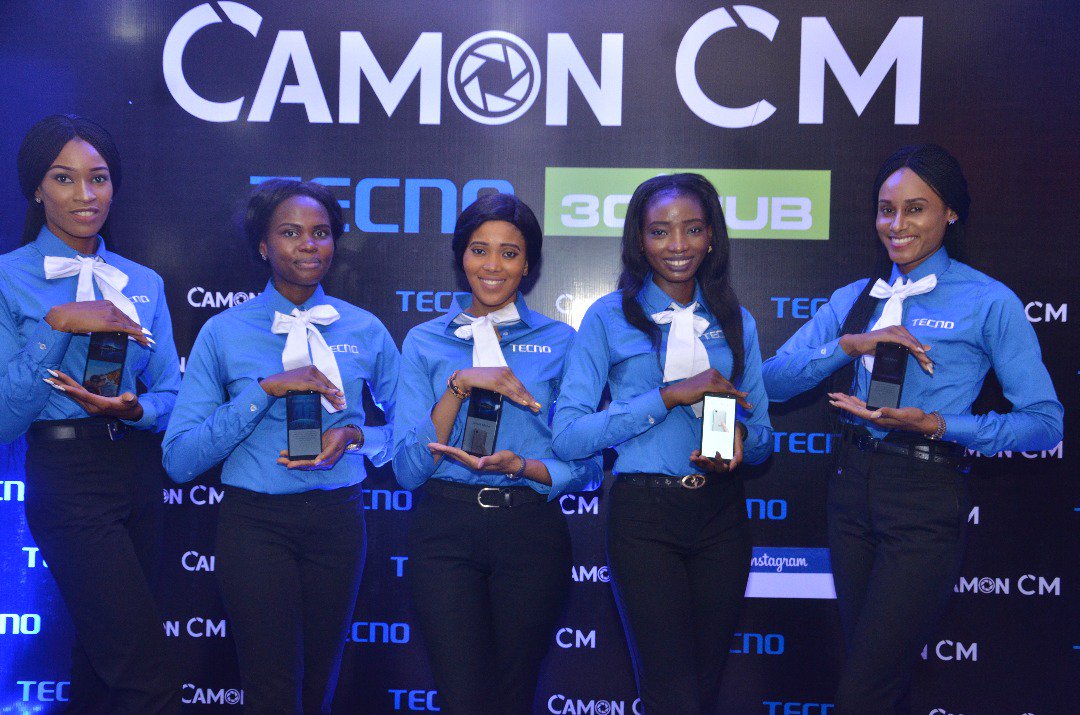 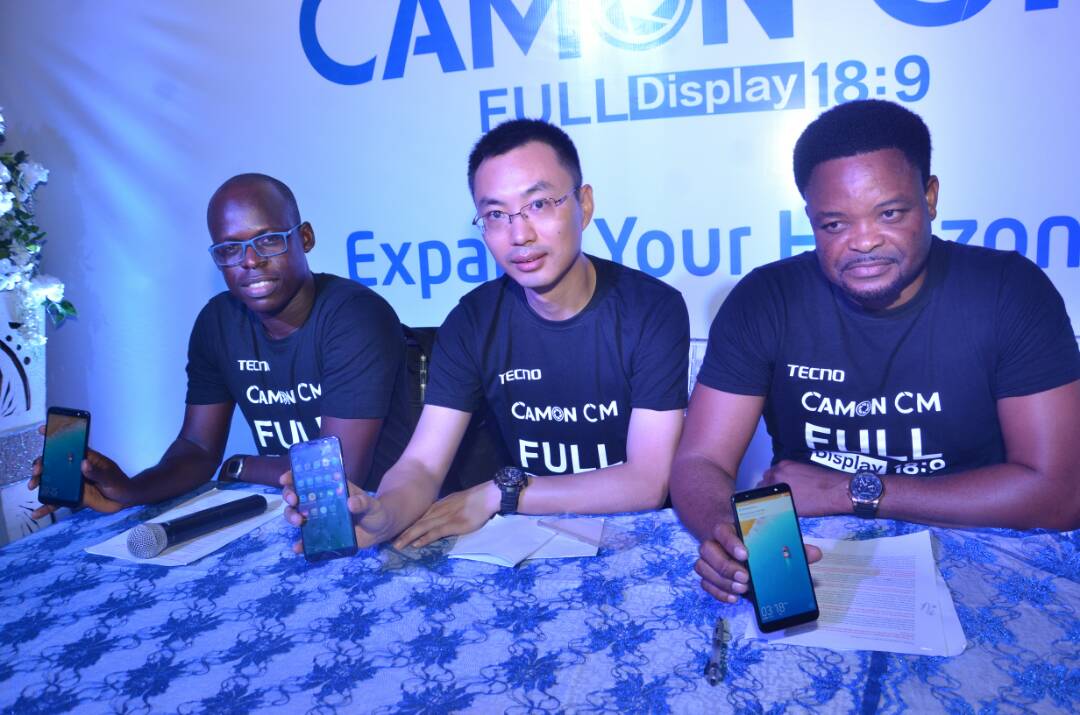 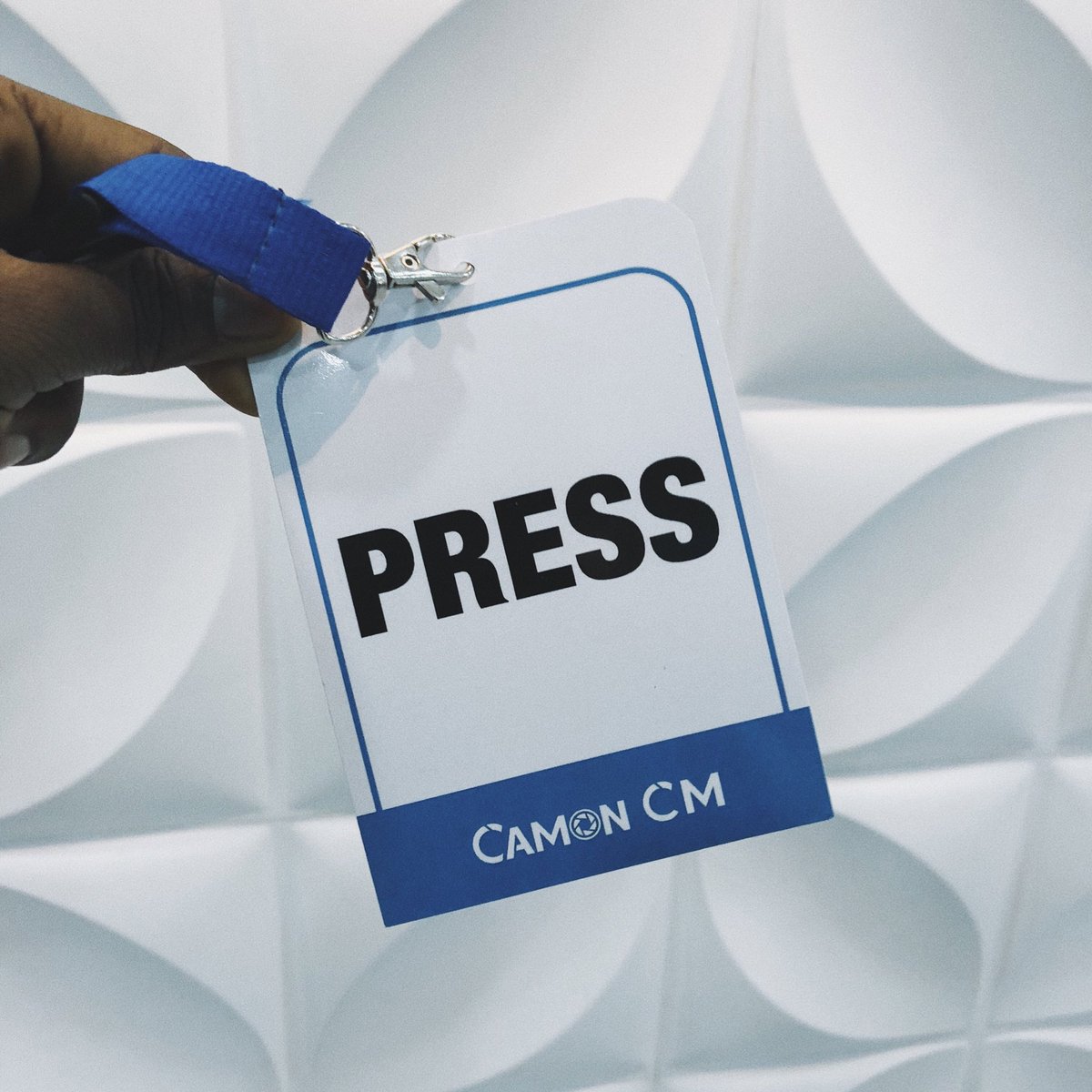 The Launching Date is 8th of January, 2018. Making it their first phone in 2018. Say hello to TECNO CAMON CM! Also known as TECNO CAMON CMore!