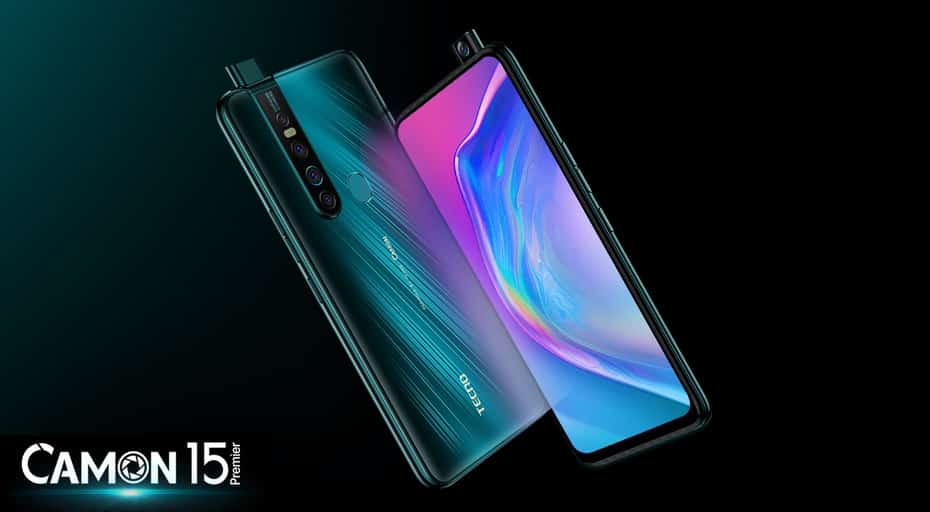 It was launched during the CORONAVIRUS pandemic disease lockdown, while the TECNO Camon 15 and Camon 15 PRO unveiled in India. They all pack what the company is calling “exquisite texture lines” and appealing gradient color options.

The new Camon series was officially announced in Nigeria and the successor to the previous Camon 12 series. Moreover, they possess a series of differences and similarities.

One of the major addition to the Camon 15 series is the pop-up camera lens on the PREMIER variants, while others come with a DOT-notch display at the left top of the screen.

As we all know, the cameras of the CAMON series have been the most hit point. You can possibly name it the CAMERA series, and TECNO never disappoints with optics arrangements for its CAMON series.

While the TECNO CAMON 15 PREMIER arrives with a 64-megapixels with Super HDR, AI scene detection and Ultra-clear shot. The remaining sensor on the CAMON 15 AIR is just a normal AI lens. They are all backed by a QUAD flash.

Tecno claims the 15 and 15 Premier carries 8X zoom and can create high-quality night shots with four pixels combined into a 1.6-micron megapixel.

CAMON 15 comes with a 16MP AI selfie camera, 8MP AI clear selfie on the 15 AIR with dual flash. While the CAMON 15 PREMIER changes the game with a 32MP pop-up camera sensor.

In order to keep the lights of the phones up and running, there is a powerful 5000mAh battery capacity on CAMON 15 and 15 AIR, while the CAMON 15 PREMIER arrives with 4000mAh battery and all with safe charge support. 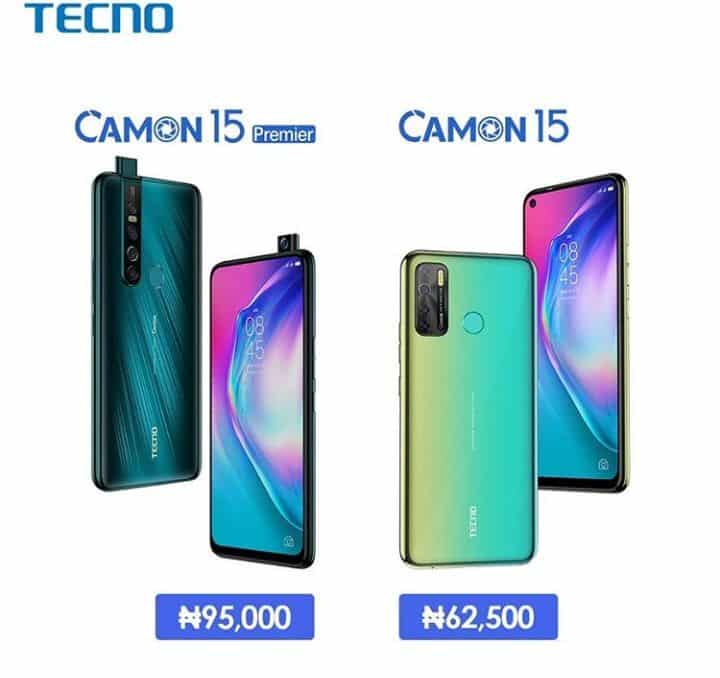 Fortunately, you can pre-order the phones right away, the CAMON 15 for N62,500, CAMON 15 PREMIER for N95,000 and no fixed price for CAMON 15 AIR. Pre-order the phone and get some special benefits, find out more from the company’s website. Such as business backpack, T-shirt, a Startimes VIP membership card and more.