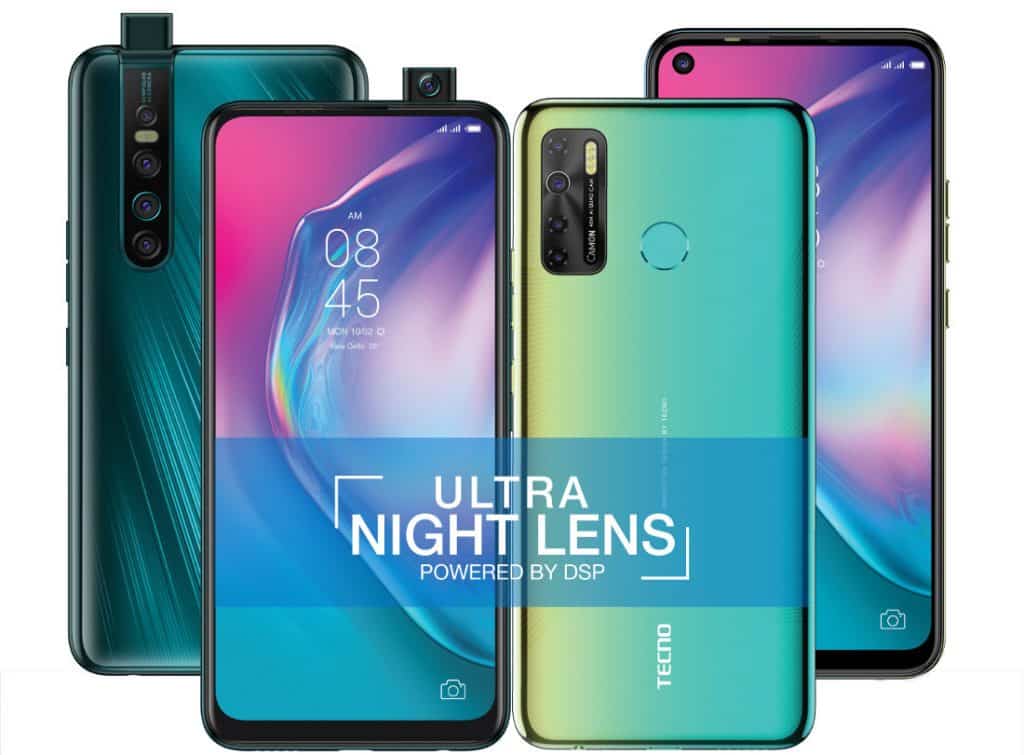 Both phones were launched in India. They are the company’s latest phones in the Camon series and successors to the previous Camon 12 and Camon 12 PRO. The Camon series is the Tecno’s photography focused phones.

Although we had a third phone in the Camon 12 lineup, which is the Tecno Camon 12 AIR, we are still unsure if the company will announce the Camon 15 AIR.

The Camon 15 PRO is the company’s latest phone that succeeds the Camon 12 PRO, but the company has some differentiation in stuck for the phones.

Well built and intriguing QUAD back cameras: At the back, the smart design is interrupted by the vertically aligned QUAD-rear cameras setup, which consists of the main 48-megapixels rear camera with HDR Clarity, 5-megapixels 115° ultra-wide-angle lens, 2-megapixels camera for 2cm macro, Ultra Night Lens supported by DSP chip, f/1.79 aperture. The shots won’t be the same as the Camon 15 PRO.

Captivating and Intelligible Front camera: With the conspicuous 32-megapixels Pop-Up AI Selfie camera and AR mode, which pops-up to give you the best unique shot, you can easily flaunt your style and capture stunning selfies.

Flawless Performance: Under the hood, the Camon 15 PRO is powered by a 2.35 GHz Octa-Core MediaTek Helio P35 Processor with 6GB of RAM, 128GB storage, that is expandable with microSD up to 256GB.

Moderate 4000mAh power: In order to keep the device running, there is a moderate 4000mAh battery capacity, which can stay up to a day or two on a single charge. It definitely supports fast charging technology. 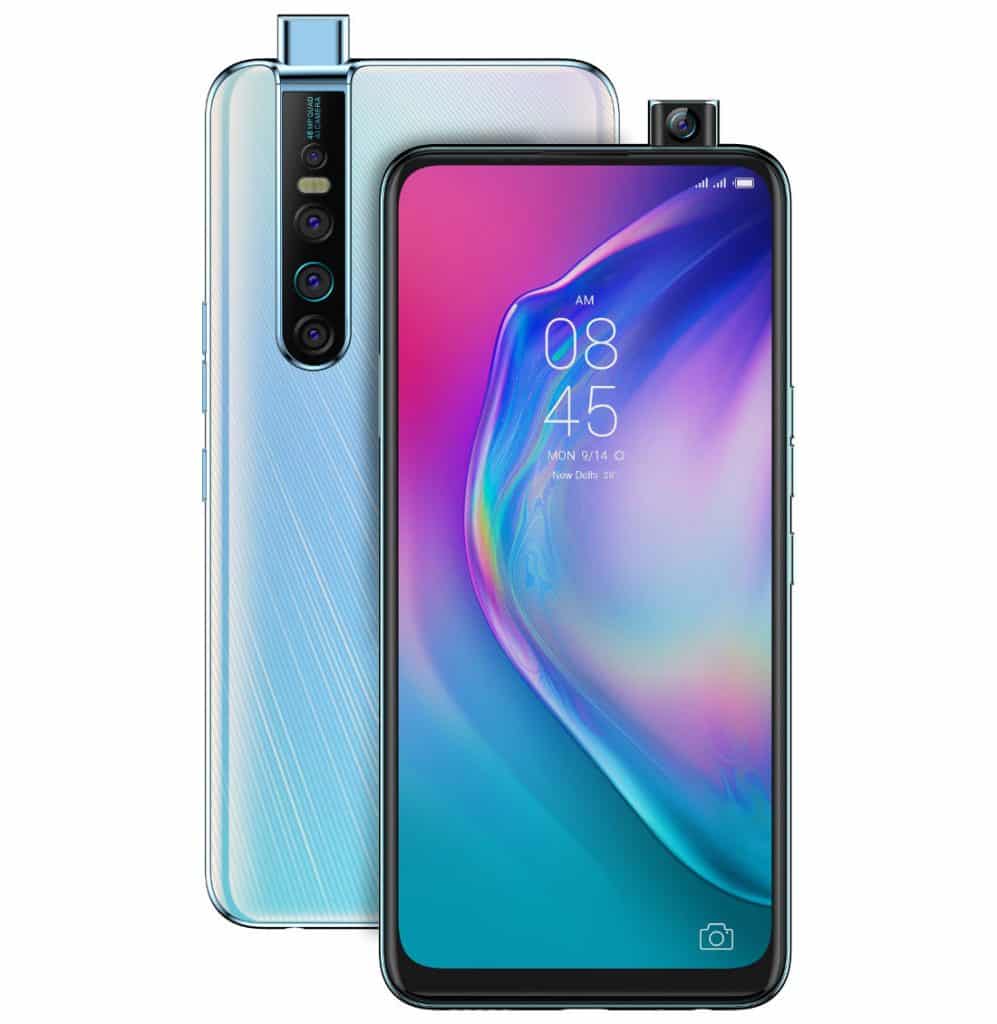 Everything remains the same on the Camon 15, except for the 6.55-inch HD+ Dot-in display, boasting up to 90% screen-to-body ratio. But the back cameras remain the same with the Ultra Night Lens.

Since there is the Dot-in punch hole at the top of the display, which houses a 16-megapixels AI Selfie Camera. It lacks the pop-up mechanism on the Camon 15 PRO.

Another difference is the memory, it comes with a souped-down 4GB of RAM, with 64GB ROM, which is expandable up to 256GB via micro SD card slot. It is fueled by a higher 5000mAh battery capacity. 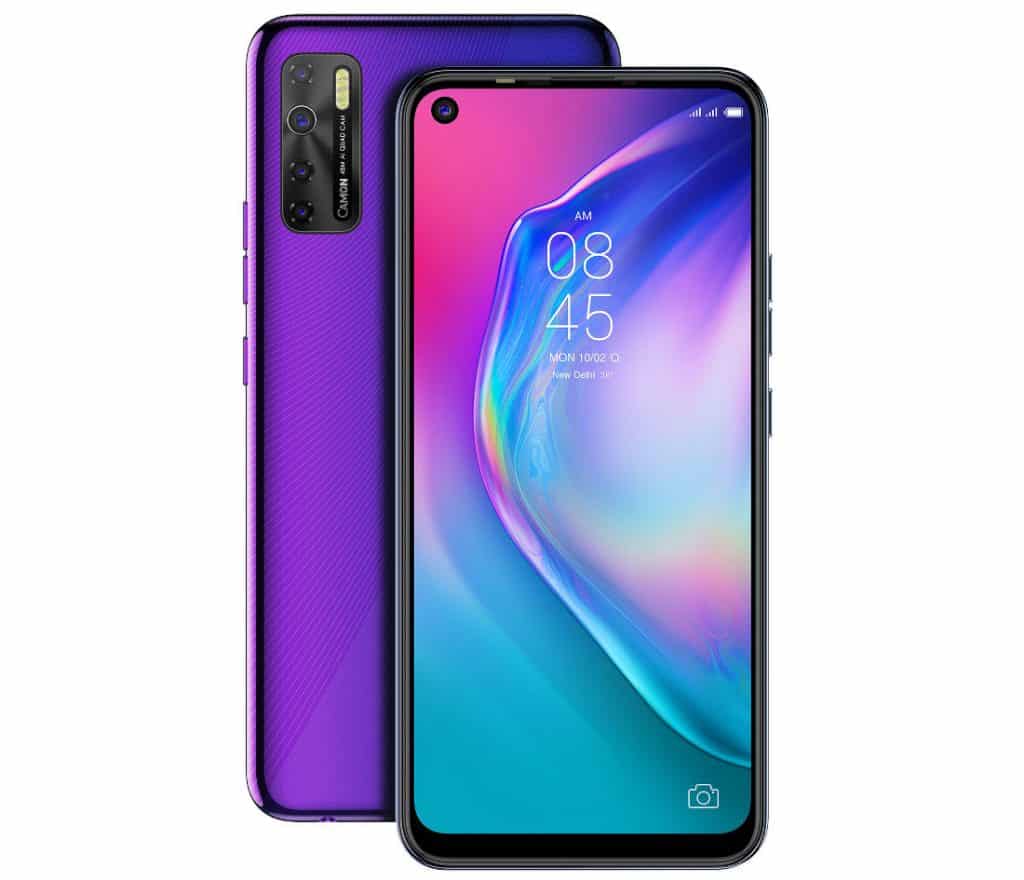