Of course, you don’t need to told, the both phones comes with notch display at the top, which houses the necessary components, and it makes the bezels at the up front to be smaller and thinner! The notch on the both phones are moderate and quite acceptable.

Today, we will know more about the Tecno Camon 11 and Infinix Hot S3X Android Smartphone, lets see how well, the both phones will compete with each others. They both arrived with bunch of similarities and fewer differences in specs and features. But before we begin, lets check out the Tecno Camon 11 quick specs: 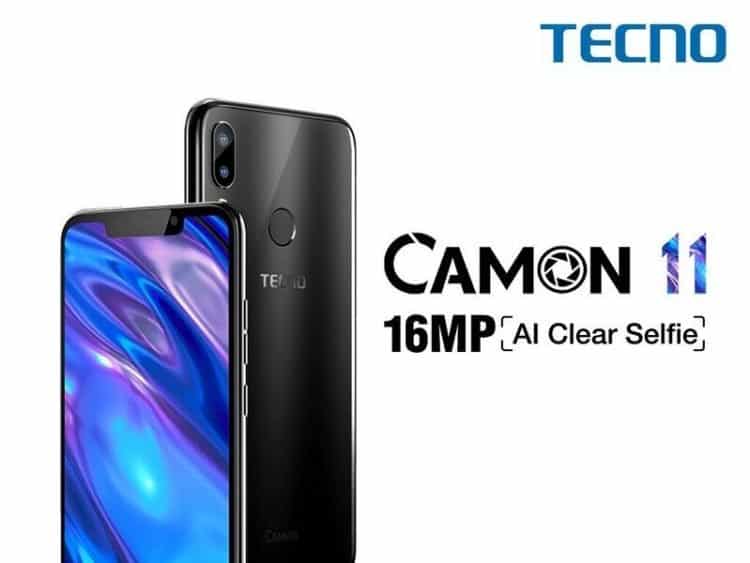 Of course, there is the same screen display, of 6.2″ HD+ Full-view display with notch and 500nits brightness. They both arrives with 19:9 aspect ration, slimmer bezels, and a chin at the bottom of the display.

The both phones comes with fingerprint sensor scanner, which is mounted at the back. It also hold the same camera sensors, where you will find dual camera setup, that consists of 13-megapixels + 2-megapixels with Quad-LED flash for low light photography.

Both phones arrives in two different variant. Fortunately, they arrived with 3GB and 4GB RAM, with 32GB and 64GB internal storage for smart switching of apps. Thankfully, they can be expanded up to 256GB via micro SD card slot.

The same cameras, at front, there is the 16-megapixels with an LED flash and it is supported by AI-features, such as AI-beauty, AI Bokeh effect and many more. But the Hot S3X lacks the AR Emoji, which is available on Camon 11.

The Infinix Hot S3X and Camon 11 support 4G LTE, and other network and connectivity are included. The both phones also runs on Android 8.1 Oreo out of the box, with company’s OS on top of it.

On the other end, the differences aren’t that much. The processor is another important part, the Hot 6X is powered by a Qualcommm Snapdragon 430 chip-set running at Octa Core 1.4GHz and MediaTek MT6761, Quad-core 2GHz on the Camon 11. The both phone’s processor will help make the battery optimization better, and increase the performance of the phone.

Fortunately, they both support fast charging technology. Infinix is touting a 2-days usage on a single charge, while Tecno mobile is promising an awesome battery life, it can lasts a day on a single charge. Anyways, lets take a look at the Infinix Hot S3X quick specs:

Really, how well did you welcome the Infinix and Tecno notch phone? Seriously, how did we all jump into the notch design era? Remembering the debuts of iPhone X, that outrage everyone on the internet, but today, we (I) all just dived into it. But we sincerely hope that this trend will stop!

Which of the phones are you going for? Tecno Camon 11 or the Infinix Hot S3X? Feel free to use the comment box, and try to share this article with your friends on social media!