Android Smartphone has been one of the best thing that has ever happened to Mankind and it is also one of the Worst thing! Smartly, the Smartphone makes each and everyone to be very Smart, especially when you are really busy taking some few information, fulfilling your Assignment and many others.

Well, we all know that everything, has either the bad sides, which is the Disadvantages, Dismerit or whatsoever, and it also has the otherwise, Advantage, Merit, which is the good side.

According to University of Texas at Austin researchers, who used Five hundred forty-eight undergraduates to complete the experiment.

And the participants undergo series of math problems while simultaneously being asked to remember a randomly generated word sequence that gradually updated.

Participants were then separated into three groups. The first was asked to leave their cellphones out on their desks, the second was asked to stow them in a bag or purse, the third was asked to place their devices in an adjacent room.

All of the participants were asked to keep their phones silenced throughout the experiments.

Those who could see their phones solved a significantly lower number of math problems, and remembered less letters, according to the researchers:

The results of the experiment indicate that the mere presence of participants’ own smartphones impaired their performance on tasks that are sensitive to the availability of limited-capacity attentional resources. In contrast to prior research, participants in our experiment did not interact with or receive notifications from their phones. 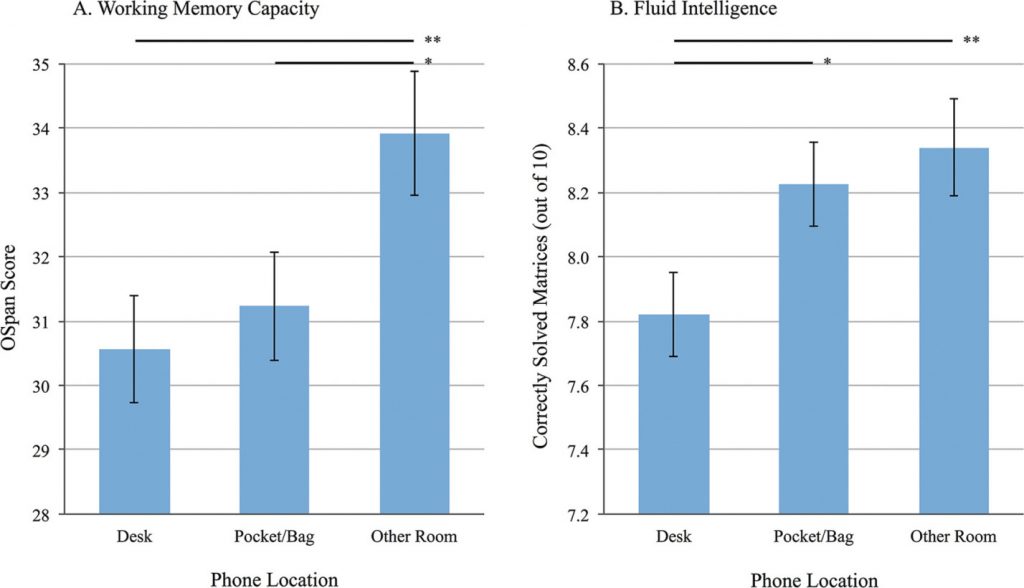 Advised: Next time you want to give something your full attention make sure your smartphone is put away in your pocket or bag.

Do you Concur with them?