Spotify Kids is the newest Spotify app for kids, the younger generation. The media services provider based in Luxembourg, Spotify is looking forward to bringing audio content such as music and stories to interested kids.

To be more precise, the new Spotify Kids is a new standalone Spotify app for the younger kids, which are the kids. Being the most popular music streaming service in the world, Spotify can achieve this aim seamlessly.

With the standalone Spotify kids apps, younger generation will start enjoying and exploring a well selected and organized 6,000 tracks of musics for good listening ears.

Parents will indeed be very happy and safe, when children-focused companies such as Nickelodeon, Disney, Discovery Kids, Universal Pictures, Public Service in Sweden are the editors who specialized in curating the kids audio contents. 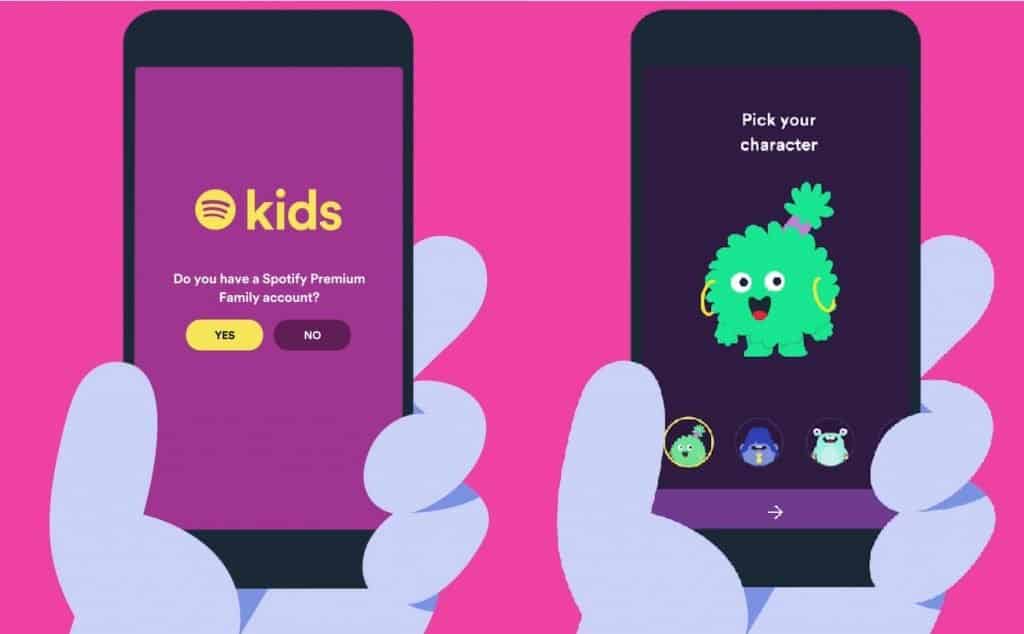 Thankfully, these audio content such as music and stories are totally ad-free and can be a part of the $14.99 premium family subscription. It was officially launched today in Ireland.

Spotify pointed out that “For younger kids, the app will be limited to audio contents such as Disney soundtracks, songs about dinosaurs, and children’s stories”

Two years did they spent working on this project, more than 2 years consulting with kids’ content experts, focusing on content and interface preferable for kids. Parents are left with few choices here!

How to get started

*. Download the Spotify kids app on iOS or Android
*. Parents should go ahead and sign-in to the app with their $14.99 premium family accounts
*. Children should choose their own silly avatar
*. Children can also search for content and playlists based on cutesy genres
*. Like adults, they can also save their favorites.

Children can make the best of their Spotify Kids app playlists, as it is easy for kids to find music and stories from their favorite movies and TV shows or hit plays on a playlist to sing along.

In Spotify blog post, they pointed out that “Kids consuming audio content, such as music and stories, isn’t a new phenomenon—in fact, they love it. But most audio experiences were built with adults in mind—meaning they’re not simple, easy, or fun for young kids to use.”

If you are wondering and suspicious, there is a new privacy policy for the Spotify Kids which is compliant with both GDPR and COPPA, the American online privacy law for kids.

That means, Spotify won’t collect location data, parents can delete data associated with a kid’s account at any time. Spotify only saves data related to what songs a kid is playing and favorite.

Parents should understand that the Spotify kids app is meant for kids between three and 10 years old. It currently stands at its beta phase in Ireland. But will definitely be available to other markets sooner.