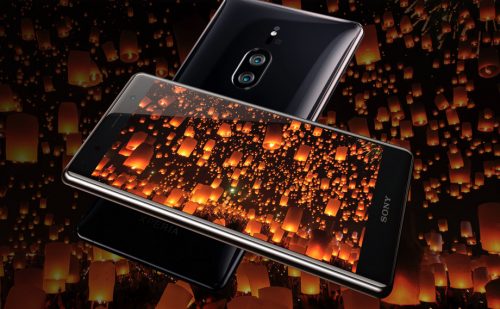 Sony Xperia XZ2 Premium is the successor to the Xperia XZ2. The Xperia XZ2 is the first Smartphone from Sony to come with a unique design that is separate from others, edge-to-edge display, first seen on Sony’s phone devices.

The Xperia XZ2 Premium comes with an interesting camera settings, of course, the design is pretty much the same with the Xperia XZ2 but the premium version is like a souped-up version. The newly announced device is water resistant and protected against dust.

Samsung Galaxy S9 camera and the Huawei P20 Pro camera are in with a serious competitors, as the phone was targeted at becoming the best camera phone but time will tell. The XZ2 premium is the highest among the XZ2 and XZ2 compact but it won’t come handy in price. 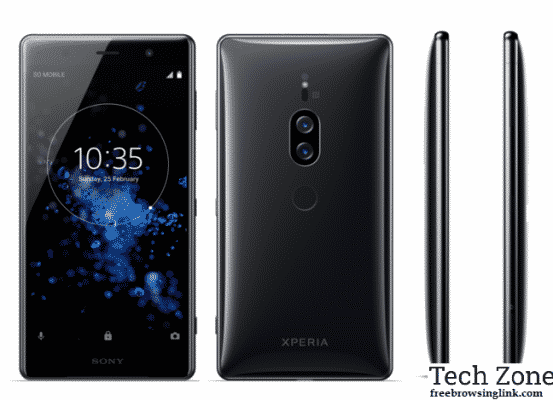 The Sony Xperia XZ2 Premium is one of the best Smartphones from Sony and it comes with inspiring specs and a good run for the money. There is slight differences, when it comes to comparison with the Xperia XZ2.

The XZ2 Premium comes with a 5.8-inch 4K display HDR display with a high-end resolution of 2160 x 3840 pixels and 765 PPI. That is a huge difference from Xperia XZ2 with 5.7-inch Full HD+ HDR panel. The device comes with what the company called ‘TRILUMINOS Display and X-Reality’ this enhance the screen display for mobile, providing more color, giving you more clarity of your screen display.

With a 4K display and HDR video support, you could feel the vibration system, when watching movies in a high-rated display, playing games or listening to music. The screen is protected with a Corning Gorilla Glass 5 on the front and back. And yep, it is IP65/68 certified rating, so the phone is Water and dust resistant, can withstand splashes, spills but avoid leaving it in water for a longer time, salt water etc.

The Xperia XZ2 premium looks a little bit heavier, as it weighs 236 grams. But it is sleek, slim and curved in design, the screen display around the phone are rounded. The phone feels comfortable in hand. With a 158 x 80 x 11.9 mm dimension. The phone is available in Chrome Black and Chrome Silver color, with fingerprint sensor scanner mounted at the back.

Various company are building a strong communicative foundation through the production of high-end cameras. LG amazed its users that the V30’s can differentiate between background image from subjects or objects. And also, the camera lens, according to how the company portrayed, is more like a human eye and that it was the World best camera for mobile!

But in 2018, Samsung launched the Galaxy S9, it came with superb camera and was the best mobile phone camera, incomparable to iPhone X‘s and then later, the Chinese company, Huawei, unveiled the ranges of Smartphone, P20, P20 pro and Porsche design but the P20 Pro arrives with tri-Leica camera lens at the back, the competition began.

Sony Mobile is beginning their Journey into the fights for the best camera phone with their XZ2 Premium. The device can take impressive shot even at low light , direct sunlight. The camera quality incredibly keeps the phone at the level of sequel.

The company did something, that is quite different from what we all have been seeing. There is a 13mega-pixels at the front with f/2.0 aperture, that can take conspicuous, sharper images, photos even at Low-light, which can reach a maximum ISO 3200.

While at the back, the phone packs a 19MP color sensor and Black and White 12MP monochrome camera, which can upscale high up to ISO 51200 for photos and ISO 12800 for shooting videos. DSLR features were also integrated into the XZ2 premium, where you can use ultra low-light capture to take crystal photos and videos.

The phone features super slow motion that captures video at a rate of 960 fps in both FHD / HD. With the predictive capture, when ever motion / smile is dictated and Autofocus burst. Unfortunately for Galaxy S9 and Huawei P20 pro, that both shoot videos with 720p limit, which is clear but Sony XZ2 premium shoots super-slow video at 1080p and 720p high screen resolution. Expect a more enhance video coverage from XZ2 Premium!

The handset comes with Motion Eye technology for dual camera for ultra low light shooting. Comes with portrait or Bokeh effects that let you shoot using only the one color lens and monochrome sensor for more detailed black and white shots.

The Bokeh effect blurs the background to make the subject more visible. On the connectivity, the phone comes with NFC, LTE, 2G, 3G, Bluetooth v5.0, GPS, this allows you to surf the internet at light speed!

The phone is powered by a Snapdragon 845 processor and a 6GB of RAM, which is an improvement from the 4GB on Xperia XZ2 and it runs on Android 8.0 Oreo, operating system. On the internal storage, there is the 64GB which is expandable up to 400GB via Micro SD card slot.

Some camera features won’t been seen on XZ2 Premium, even at launch but the company made it lucid that, at the next upcoming software upgrade in Q3, we would be begin seeing them. The phone comes with 3540 mAh, that is bigger that the 3180mAh battery on the XZ2.

The phone arrives with Sony’s Dynamic Vibration System for immersive entertainment, you can listen to Share your favorite videos with your friends with the Xperia XZ2 Premium’s powerful front facing speakers, they are the loudest Xperia speakers ever.

And the phones would be coming to Sony’s global markets stores in summer 2018. If the Xperia XZ2 costs between the range of $700 – $800, we might be looking at $1000+ for the premium version. We might be looking at the best camera phone! But have it in mind, Apple hasn’t launched their 2018 flagship and we are also waiting for Galaxy Note 9, this are phones and other numerous gadgets, these are devices that will change the face and turn everything around!